On HBO's hit series "Game of Thrones," winter is coming. Thankfully, the beer is already here.

Ommegang Brewery started shipping its new Iron Throne Blonde Ale on Saturday, and the bottles are hitting stores across the country this week, giving fans plenty of time to stock up in advance of the HBO adaptation's season three premiere on March 31.

Those with a working knowledge of the Dothraki language are likely to stock up no matter what, but what about the rest of us? Novelty value aside, is the beer actually worth drinking?

We recruited two home-brewers to help us decide.

But first, the nuts and bolts of the beer: Ommegang's brewers developed the Iron Throne Blonde Ale as a fermented stand-in for evil House Lannister, the family that ruled Westeros at the end of season two. The brewers chose a blonde ale to match the color of the Lannisters' hair. The beer is brewed with noble hops, grains of paradise and citrus peel to give it some Lannister bite.

In practice, the beer tastes a lot like several of Ommegang's other beers, especially its top-selling Witte, with a bit of a bitter, hoppy kick at the end.

Our experts, who founded local award-winning craft beer blog Denver Off The Wagon, seemed to agree.

While the beer mostly fits within the official style guidelines of a "Blonde Ale," they noted its higher ABV of 6.5% and slightly more assertive malt profile give it a bit more weight than your typical blonde, edging it toward saison territory.

A pour reveals decent head retention, minimal lacing and a floral, citrusy aroma. High amounts of carbonation kept our experts' tongues tingling through light notes of what one determined to be "caramel bananas," a medium-bodied, fruity, mouthfeel and a squeaky-clean finish.

One expert commented, this is "a blonde for beer lovers" geared "so my mom could drink it." Another remarked on its "approachable complexity," with a heavy emphasis on its drinkability over its memorability.

Though there was disappointment the beer wouldn't include a drinking horn of the sort featured in the show, our experts said they would pick up a bottle or two to enjoy with the "Game of Thrones" premiere -- or to wash down pizza while playing A Game Of Thrones: The Board Game.

If blonde ale and Joffrey Lannister aren't your thing, don't fret: Ommegang plans to release at least three more "Game of Thrones" beers in collaboration with HBO. One is expected later this year, and two others are expected in 2014.

Ommegang's first Game of Thrones Beer, the Iron Throne Blonde Ale, is available in all 45 states where Ommegang is sold. For specifics, use the beer locater on Ommegang's website.

PHOTO of the beer: 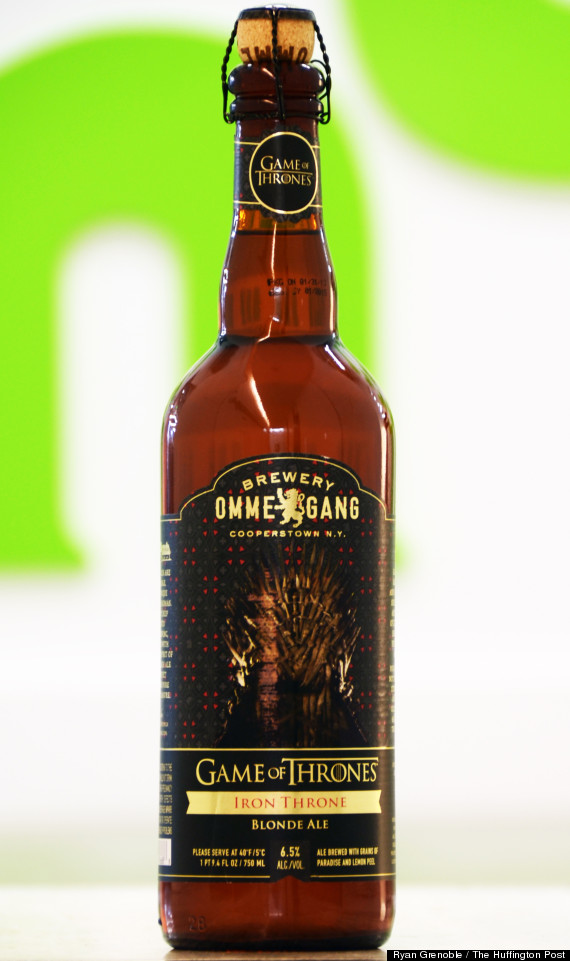 The Best Milk And Worst Kinds Of Milk For Lattes, According To Baristas

In A Battle Of Famous Scrambled Eggs, Which Chef's Technique Is The Best?