Ned Stark may be dead to fans of George R.R. Martin's book series "A Song Of Ice And Fire" and to those who love the HBO adaptation "Game of Thrones," but there's one place you can bring him back to life.

Zynga, the creators of the wildly popular iPhone app Draw Something, have gone even further with a sequel game. In addition to new colors, patterns and words, the recently-launched Draw Something 2 is built on an Instragram-like social feed where users can follow friends, celebrities and artists. Plus, there's a free draw option. And because Draw Something 2 is anchored in pop culture, there are plenty of "Game of Thrones" drawings out there.

Here are the "Game of Thrones" words that have been incorporated into Draw Something 2 -- check out players' interpretations of them below:

PHOTO GALLERY
"Game Of Thrones" On Draw Something 2

For the real deal, watch "Game Of Thrones" on Sundays at 9 p.m. ET on HBO. 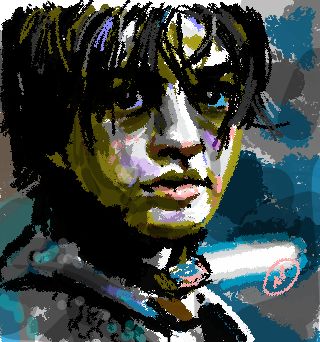 1 / 23
Arya Stark
Whistlebinky on Draw Something 2