Here's everything that went down in Season 5, Episode 8, "Hardhome."

Winter came!Where to begin? The last 40 minutes of the episode were spent at Hardhome, the free folk settlement where Jon, Tormund and some of the Night's Watch arrive to convince the Wildlings to side with them against the White Walkers. It happened to be perfect timing, since as soon as the boats were loaded up with Wildlings, the White Walkers suddenly appeared. Warning, this is not a drill: the White Walkers have arrived.

Hundreds of Wights (literally) rained down on Hardhome. 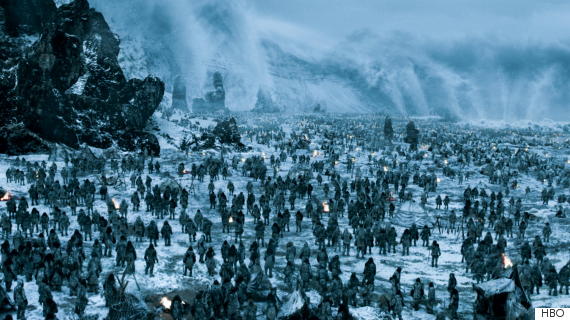 One of the giants crushed the Wights and tossed them off his body like flies.

And the young ones were the scariest. 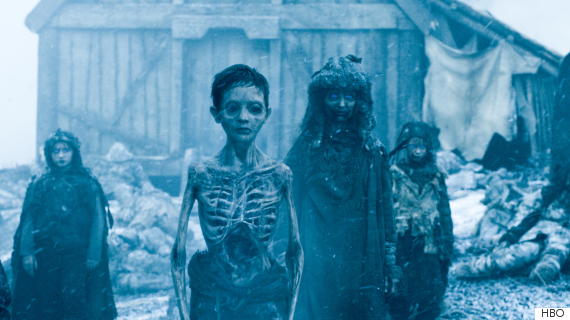 Oh, and Jon was inches from death until Longclaw, aka his Valyrian steel sword, saved the day.

Finally, Jon and his remaining men escaped. But then the Night's King made his second appearance. Remember him from Season 4's "Oathkeeper" (and when HBO accidentally spoiled his identity)? The horned Walker is known as the Night's King, and we first met him when he placed his finger on Craster's last born son. 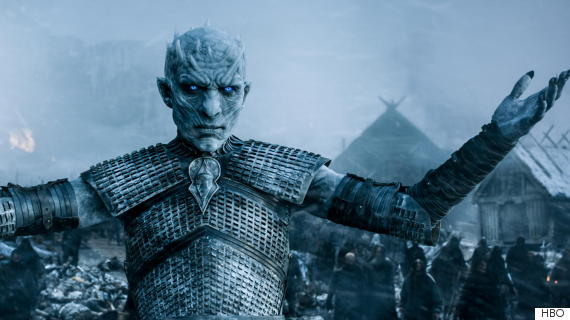 Now he appeared more terrifying than ever, staring down Jon after the battle in one of the show's most chilling moments. As the Night's King raised his arms, he displayed his skill of bringing people back from the dead as the bodies behind him began to rise to life with piercing blue eyes. He was pretty much just saying, "Thanks, Jon, you just made my army even bigger!"

So what else happened in "Hardhome"?

Tyrion advises DanyAfter telling Dany she can't successfully rule with a traitor (though a devoted one) like Jorah at her side, the Mother of Dragons once again kicks him out of Meereen. Tyrion continues to give Dany advice as the two share stories of their families' connections -- "Your brother who killed my father," she says to Tyrion of Jaime. Get ready, these two are about to take over the world!

Reek confessed to SansaFinally Sansa got some good news when Reek confessed the truth: that he didn't kill Bran and Rickon, but two nearby farm boys instead. Now she knows her brothers are alive out there somewhere. (Pray Ramsay doesn't find out Reek told her the truth.) 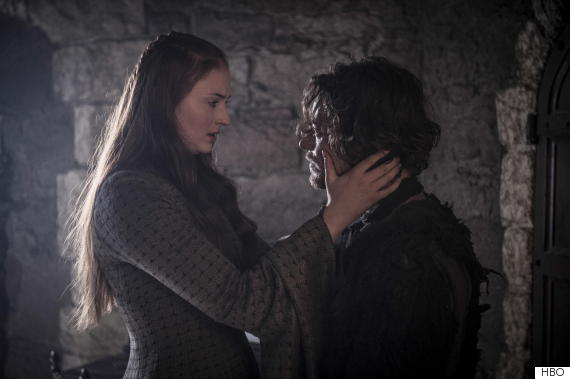 Arya became someone elseNo longer sweeping or washing dead bodies, Arya finally began her journey into becoming someone else. Meet Lanna, an orphan with an oyster cart. We finally see Arya's major makeover this episode as she trains to become Lanna and begins watching a gambler in Braavos.

Cersei's still in prisonOnce the most conniving, powerful woman in King's Landing, Cersei is now losing her mind in a prison cell. After refusing to confess to her crimes of murder, incest and fornication, the Nun leaves Cersei to rot in her cell.