This throne won't grant its sitter dominion over the seven kingdoms, but ruling the bathroom is totally fair game.

Tim Baker, the lead designer at a prop-making studio in Los Angeles, built this "Game of Thrones"-themed Iron Throne toilet as a surprise for superfan John Giovanazzi, who owns Complex, an appropriately geeked-out bar in Glendale, California.

There's a line of people taking Iron Throne pics at @ComplexLA so this isn't creepy. pic.twitter.com/FinXTpnQ1V

"I've never really had my artwork used for... this exact purpose," Baker told "Super Fan Builds," the show responsible for the stunt, as he gazed at the toilet made from more than 250 swords.

Everything was made from scratch, said Baker, including the toilet-roll holder, crafted out of a tastefully-fashioned sword hilt. Baker promised the throne could be easily cleaned, despite all the nooks and crannies, as it's covered in a durable marine resin.

As for any fire-breathing dragons sitters encounter while perched atop it, well, maybe it's best they alter their diet.

For more creations, check out "Super Fan Builds," the show that orchestrated the stunt.

PHOTO GALLERY
The Most Extreme Toilets 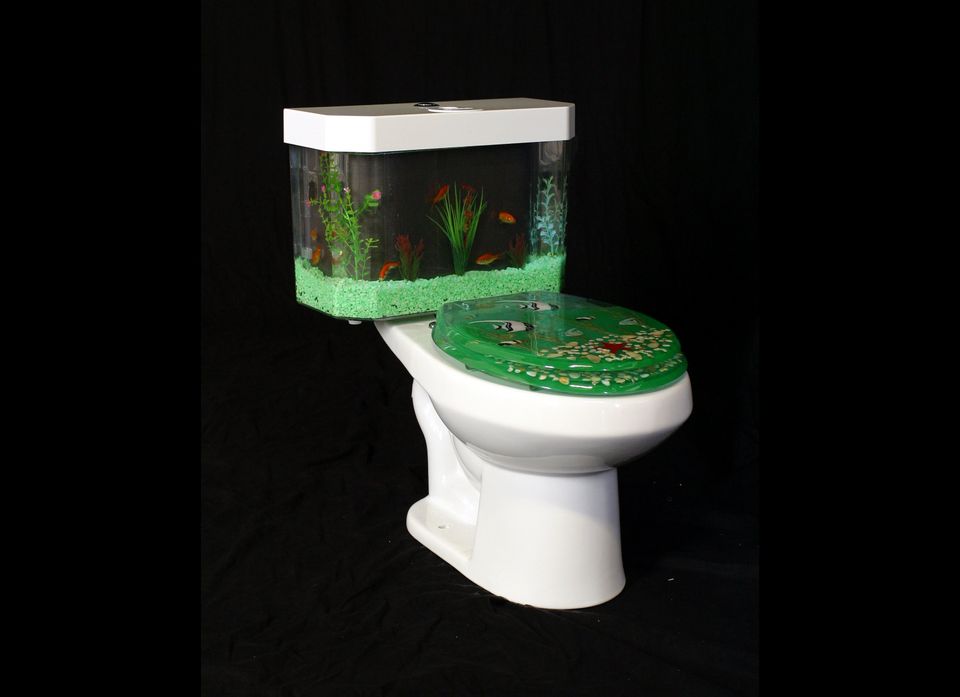 1 / 9
Fish 'n Flush Toilet Tank
Talk about bringing a natural element into your bathroom: the top of this toilet actually functions as a working fish tank! If you plan on going with a nautical or, dare we say, ocean theme, then this creative can might be right up your alley. For more information, visit <a href="http://aquaone.com/category/fish-n-flush-library/" target="_hplink">Aqua One. </a> (Aqua One photo)