The "Game of Thrones" Season 5 finale, "Mother's Mercy," proved all men must die with the shocking mutiny and possible death of Lord Commander Jon Snow. Kit Harington says he's "not coming back next season," but the character's future is still ambiguous in the books and the show already skipped a season with Bran. Is Jon Snow really gone?

His co-star John Bradley, a.k.a. Sam Tarly, seems to think so.

"When I read that, it really was very shocking, and I really felt genuine grief about that," Bradley said in an interview with The Huffington Post.

"I think that when I read that scene I had a completely unique reaction from anybody else -- any viewer, anybody on the crew, anybody else in the cast," he continued. "I think I had a completely unique sense of distress because I wasn’t just saying goodbye to a character I love -- and everybody loves -- I also have this very unique and very precious relationship with a colleague who I’m not going to have that same interaction with ever again."

Bradley opened up about his friendship with Harington and his statements definitely cast doubt on the theories of Jon Snow's return.

Did you talk with Kit about that final scene before it happened?
Yeah, we spoke about it. We kind of avoided talking about it because we didn’t want to make it feel too real.

I was at different levels of grief and different levels of departure you feel when something like that happens. I’d rather have the real Kit than have the Sam and Jon relationship, so the core of our friendship is still there, but ... I think we’re really going to miss it, and now that it’s finished we’ve realized just how lucky we were to get on so well, I think.

People have best friends and they have people they work with. It’s only under very rare and wonderful circumstances that those people are the same person.

What was your final scene with Kit like?
The scene where Jon is sending Sam away, and Sam leaves Castle Black ... When we were shooting that scene, there was a finality to it. This wasn’t just, "I hope you come back and see you soon." This was goodbye. This was two characters who’ve grown so close saying goodbye to each other and it felt like they were saying goodbye to each other for the last time. This time you sense that this is it. So this is their relationship, and it’s heartbreaking for us.

It must've been pretty emotional.
It really was. He’s one of my closest friends in the world, so I won’t see him again, and it really did feel like the end of a chapter of our relationship. To say goodbye to the Jon and Sam relationship in that way was really heartbreaking. It feels like the book's been closed on that, and it’s been beautiful.

Are you guys like Sam and Jon in real life?
Our relationship isn’t a million miles away from Jon and Sam’s relationship sometimes. Kit cares incredibly deeply about things ... I think he’s so passionate that [things he can't help] can really get to him. I think he needs me to remind him sometimes, you’re Kit Harington! A, look at you. B, look at what you can do. C, D and F and all the rest of the alphabet, look at the wonderful future that you’re gonna have. Not only the wonderful future, but the wonderful present that you’ve got. Maybe lighten up a little bit because compared to most people, mate, you are golden.

How do you think Sam's going to react when he finds out?
Sam’s such a masochist. I think he’s gonna feel an enormous sense of guilt that he left and he allowed it to happen. The odds were heavily stacked against him, but maybe he could’ve delivered a rousing speech. Maybe he could’ve persuaded them to not do that.

He’s going to feel an enormous sense of guilt about leaving Jon to suffer that when he was away to do what he wants to do, and it’s just typical of the way Sam’s life works.

On a happier note, Sam is going to become a maester, which is about as close to a wizard as you can be. What do you think about Sam's story?
It’s a very exciting path. He’s wanted to be a maester, and he wanted this grand future, but he’s never had such a fine example of it in practice than he had with Maester Aemon. I think he felt inspired by him. Because he could see the effect of somebody with that wisdom and that worldly knowledge and that sense of tenderness, that sense of acceptance, that sense of tutorship. With Sam, I think he’s seen how that can have such a profound effect on people’s lives for the better. I think he wants someone to feel about him the way he felt about Aemon.

There are already casting rumors that Sam's dad, Randyll Tarly, is in Season 6. What do you think about them meeting again?
I’d love that. I think that would be the peak of Sam’s dramatic narrative. This shadow of his father has been hanging over him all the time, and it’s such a destructive force in his early life and created the broken character you saw early in “Game of Thrones.” It’ll be interesting if they went nose-to-nose again to see how the changes in Sam will affect Randyll's perception of him. That’ll be Sam's psychological narrative coming full circle, I think.

What are you most excited about for Sam in Season 6?
How the events of Season 5 and that blossoming relationship with Gilly, what kind of platform is that gonna give him? What kind of springboard is that gonna give him going into Season 6? Because these characters are plotted so carefully. I think Sam is very hard to tell because he’s such an unknown quantity that he’s gonna keep surprising with what he can do. So I just can’t wait to find out what he gets up to next year.

What we do know is Season 6 is going to be big for Sam interacting with new characters. And who knows? Maybe he'll even meet some familiar faces too. 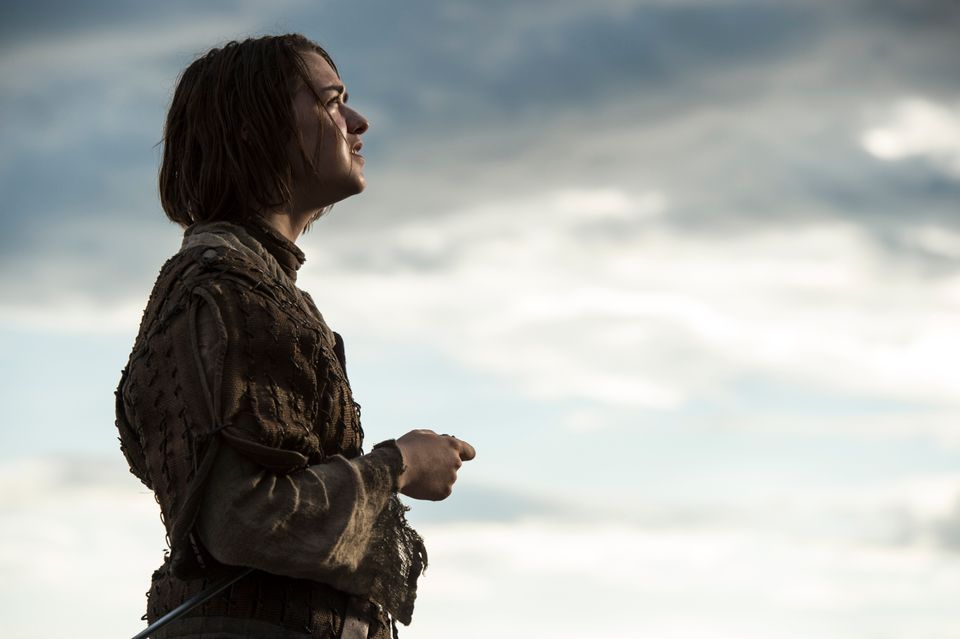