Kit Harington isn’t just upset about the looming end of “Game of Thrones.”

The British actor who plays Jon Snow said he’s also “deeply sad of the state of the world” as HBO’s epic fantasy drama draws to what will likely be its gruesome conclusion. Its eighth and final season begins April 14.

Harington said in an interview published by Variety on Tuesday that he feels “like we are living in a more ‘Thrones’-like world.”

And “unfortunately, we’re leaving ‘Thrones’ with a Joffrey as the President of the United States of America,” he added.

It was a direct comparison of Trump to the show’s brutal boy-king, Joffrey Baratheon:

Author George R. R. Martin, whose Song of Ice and Fire book series is the basis of “Thrones,” made a similar observation about Trump and Joffrey in 2017.

Harington, the cover star of Variety’s latest issue, echoed the point in the cover shoot video as he lamented how “the world has changed since we started the show and yeah, we’ve found a Joffrey at the head of one of the most powerful countries in the world.”

Earlier this month, he told “Late Show” host Stephen Colbert that “Thrones” may have inspired politicians like Trump.

“I’ve got this theory we kind of screwed the political landscape,” he said. “I just felt that certain political figures tried to emulate Joffrey, and things went a little bit wrong.”

And in a 2017 interview with Esquire, Harington dubbed Trump a “con artist.” 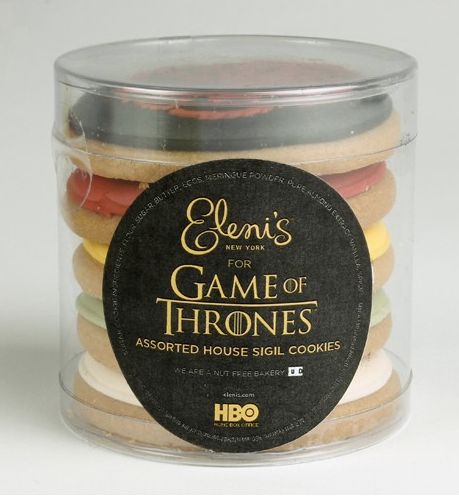 1 / 9
Assorted GOT cookies
"Everyone wants a taste of power. It’s the reason wars are waged and thrones are overtaken. Though power probably tastes a bit like blood, sweet, and freedom, the Game of Thrones House Sigil Mini Cookies taste significantly more delicious... <a href="http://store.hbo.com/game-of-thrones-house-sigil-mini-cookies-set-of-5/detail.php?p=454210&v=hbo_shows_game-of-thrones_cookies" target="_blank">The War of Five Kings has never tasted as sweet."</a>