One is a beloved classic franchise of Hollywood-centric, musical theater-singing animal puppets. The other, a new hit medieval fantasy show about killing people. So it's only a natural fit that they're mashed up together.

Where most people would see the Muppets and the HBO hit "Game of Thrones" as entirely disparate worlds, artist and director Yehudi Mercado saw parallels. So many, in fact, that he just had to draw them.

The initial inspiration, he told The Huffington Post, came from a conversation with his comic book writing friend, Paul Benjamin, who had done the Muppets version of King Arthur, a much cleaner, classic medieval-muppets mashup. That four book series was part of a longer line of Muppet spins on classic fairytales; there's also Muppet Robin Hood, Muppet Peter Pan, Muppet Snow White and Muppet Sherlock Holmes.

But while he "had fun matching [Muppets] with inappropriate properties," the real aha! moment came was borne of one casual visual connection.

"The idea of mashing-up Muppets with 'Game of Thrones' started with the Varys character (the bald eunuch), I thought he looked a lot like Dr. Bunsen Honeydew," Mercado said. "That revelation led me to Kermit the Stark and then the rest naturally fell into place. Miss Piggy as Cersei, Link Hogthrob as Jaime Lannister... I knew I had something special when I paired the barbaric Kahl Drogo with Animal. Rizzo as Joffrey was a fan suggestion. I still plan to draw Sweetums as The Hound and Robin as the little crippled Bran Stark."

It takes some knowledge of the HBO show to fully understand his references, there's no question that the pictures speak for themselves. Check out a number of the great images below, and click over to Yehudi's Game of Thrones of Muppets website to see them all, and buy prints.

And of course, if you have an even deeper thirst for Kermit and friends, you can check out the new trailer for their upcoming film.

PHOTO GALLERY
PHOTOS: 'Game Of Thrones Of Muppets'
Download
Calling all HuffPost superfans!
Sign up for membership to become a founding member and help shape HuffPost's next chapter
Join HuffPost 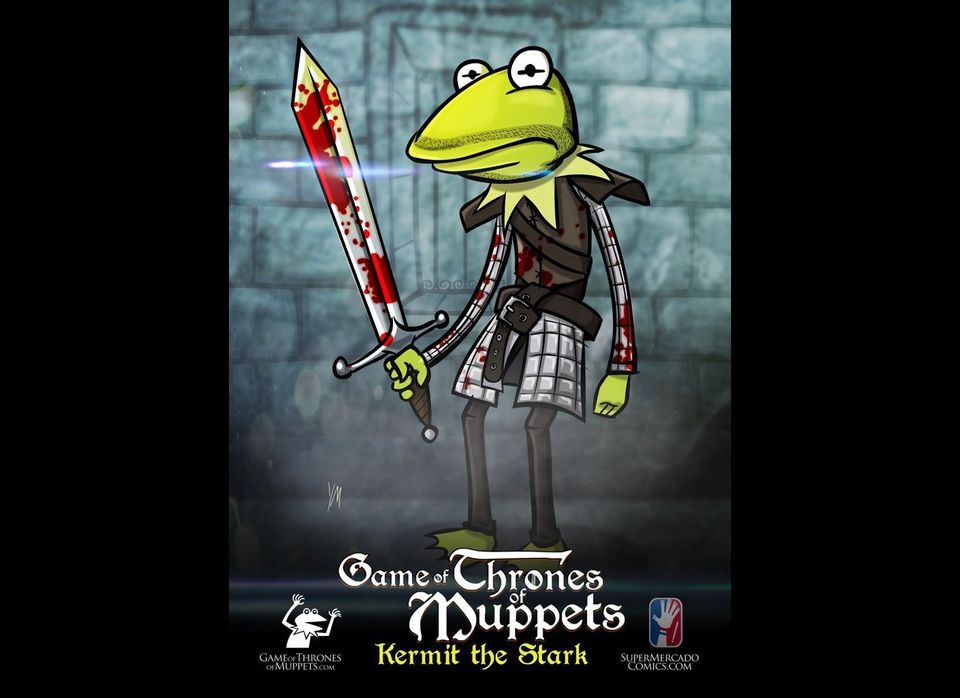