A good "Game of Thrones" episode can be a lot of things. It can be one that triggers a powerful, emotional reaction for a beloved character, one that stuns its audience with a shocking death, or even an episode that spends the entire hour depicting an epic battle.

But Sunday night's "Game of Thrones" was one of the most well-written, well-sculpted episodes of the entire series. Episode 7 of Season 5, "The Gift," was fantastic for weaving together so many plots with various tones. The episode honored the passing of a cherished character (RIP Aemon Targaryen), showcased the courage of others, served up some of the best dialogue between rivals (all the awards for Olenna Tyrell), incited long-awaited romance, and best of all, served up delicious justice. That alone is a lot for merely half a season of "GoT," but "The Gift" managed to cohesively pack it all in with smooth directing and poignant writing that still didn't fall short on the nudity and violence. Here were the highlights:

Cersei got what was coming to herFinally the queen of manipulating and backstabbing was served up a hot steaming plate of justice when the High Sparrow locked her up for her previous incestuous relations with Cousin Lancel. Watching the satisfied smirk slowly fade from her lips almost made her evil acts from the past five seasons worth it. Now we can expect that major Cersei scene to happen any week now. 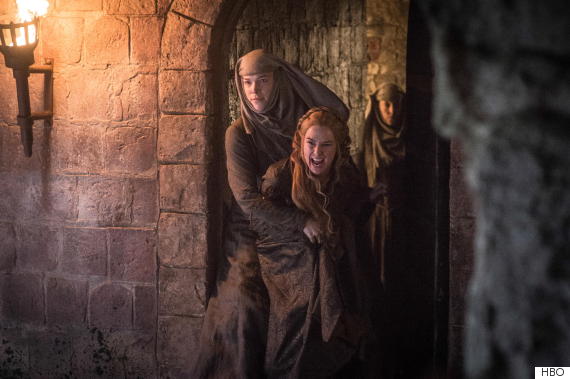 Sansa stood up to RamsayAfter last week's highly controversial episode where Sansa is brutally raped by Ramsay, we saw the Stark girl weeping in bed covered in bruises. She told Theon that Ramsay has continued to assault her each night and that she's trying to escape Winterfell. Theon, aka Reek tattled on Sansa, but she held her own when she called her new husband a bastard to his face. She may be continually abused, but Sansa is still strong and fighting as best she can.

Tyrion and Daenerys finally meet!Two of the (arguably) most significant characters in the series finally met when Jorah and the Lannister arrived to the fighting pits. The look on Dany's face when Tyrion announced himself (as "the gift") was something truly magnificent. Now go take over the world and make it a better place, guys.

Sam was the real heroSamwell Tarley has proven his courage number times, first by killing a White Walker and then during the Battle of Castle Black. But in "The Gift" he fought two of his Night's Watch brothers to save Gilly from being raped. His reward? The two finally kissed and had sex! We shall dub them Gillwell. And Ghost the direwolf also made a heroic appearance, reminding us why the House Stark sigil is the baddest of them all. 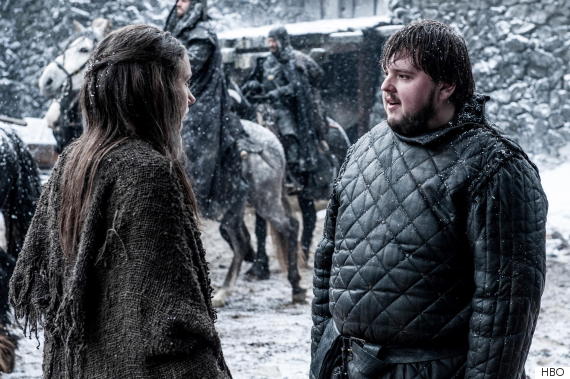 Melisandre wants another sacrifice The Red Woman's latest scheme to help Stannis achieve victory is one the Lord of Dragonstone isn't thrilled to hear. Melisandre wants to sacrifice his daughter Shireen in order to win Winterfell from the Boltons. He kicks her out of his tent for mentioning it, and after a recent episode where Stannis bonded with his daughter, it would be surprising for him to give in.

The Baratheon kids got really upsetBoth Tommen and Myrcella Baratheon lashed out at their parents on Sunday, (except the latter doesn't know Jaime is her father). Tommen yelled at Cersei and cried over Margaery's imprisonment, while Myrcella refused to return to King's Landing since she's determined to marry Tyrstane Martell. 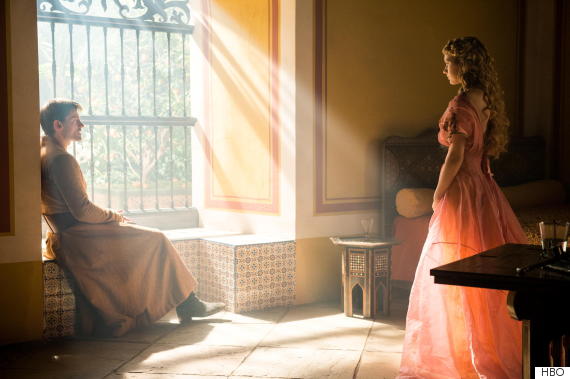 Bronn got seduced and savedLast week, we predicted Bronn's possible death after he was cut by one of the Sand Snakes' spears, which was likely dipped in poison. As it turns out, the blade was deadly and began to slowly kill the fighter as he lay in his cell watching Tyene Sand seduce him with her bare chest. Tyene eventually gave Bronn the antidote for the poison -- but only after he admitted she was the most beautiful woman in the world.