The long-awaited sixth season of Game of Thrones begins on Sunday 24 April. Broadcast in 170 countries, the show shocks viewers and generates controversy with graphic violence, especially against women.

Yet many aspects of real life around the world today are worse than the mythical Game of Thrones world of Westeros. [spoiler alert: reveals plot lines up to the end of season 2]

1. EXECUTIONSGame of Thrones begins with northern lord Ned Stark executing a deserter. Since no character is safe in the show, he is then beheaded by the despotic King Joffrey seven episodes later. 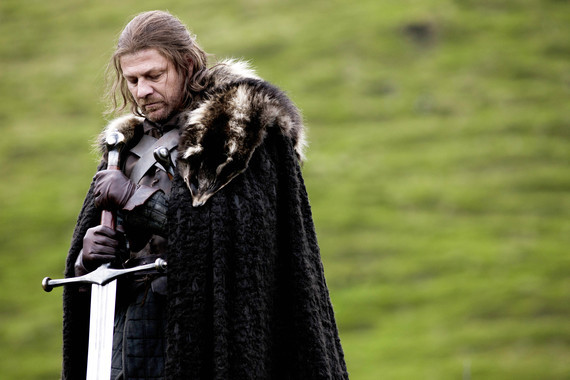 Despite several executions, Westeros pales in comparison with the 1,634 executions Amnesty International reported worldwide in 2015, up more than 50% on 2014, and the highest we recorded since 1989.

This sharp rise is driven largely by Iran, Pakistan and Saudi Arabia, though the greatest number of executions happen in China. Methods of execution around the world include lethal injection and hanging, while beheading still happens in Saudi Arabia.

2. TORTUREMost examples of cruel, inhumane or degrading treatment on Game of Thrones could have been inspired by real life. In 2014 Amnesty International documented various torture practices reminiscent of the Theon Greyjoy torture scenes throughout season two: the removal of nails (in Nigeria),mock executions (Mexico), or stripping victims naked and tying and pulling their genitalia with a string (The Philippines). Just last week Amnesty International said Russian authorities were complicit in forcibly returning hundreds of asylum-seekers and migrants to face torture in Uzbekistan. 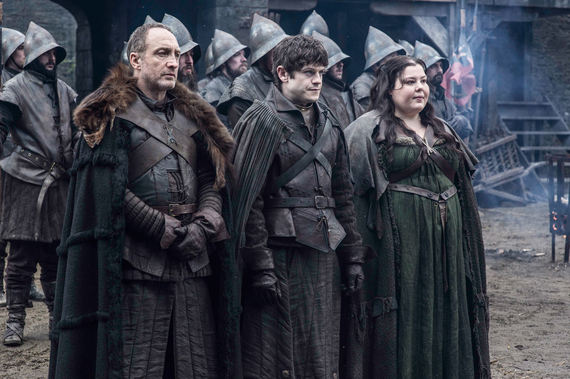 In 2014 Amnesty International warned of a global crisis of torture. It has reported on torture and other ill-treatment in 141 countries over the past five years, from beatings and rape to the use of dogs to intimidate victims.

The show's torture scenes may have touched a nerve. 44% of people still fear they would be at risk of torture if taken into custody in their country, according to an Amnesty survey.

3. FORCED MARRIAGE and other forms of VIOLENCE AGAINST WOMEN

Game of Thrones is criticised for its depiction of women and sexual violence. Women are raped, forced into sexual slavery or subjected to other gender-based violence.

Several of the main protagonists find themselves sold or forced into marriage. In the very first episode, Daenerys Targaryen's brother forces her into marriage to further his own ambitions. 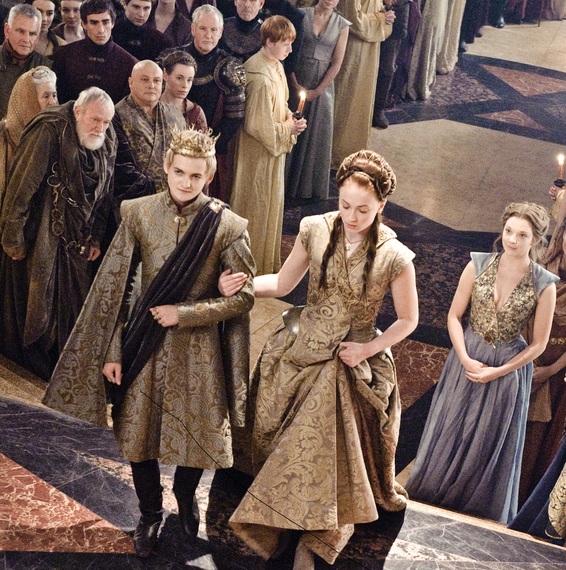 The women in Game of Thrones rarely have a choice who they marry, a situation all too common for women and girls in the real world. Photo credit: HBO / Sky Atlantic

Women's rights fare little better in the real world. Violence against women continues to be a feature of violent conflicts, but not limited to them. In Algeria and Tunisia, legislation allows a man accused of rape to avoid prosecution by marrying the girl he raped - if she is under 18.

We do not know the true scale of forced marriage, but GirlsNotBrides says 700 million women alive today were married before turning 18. One country where forced marriage continues is Somalia, although the precise extent is unknown. In March, Amnesty International published chilling testimonies of Somalian women and girls with disabilities forced to marry older and/or abusive men:

"I was 13 years old. My family decided to give me to this man, I refused and ran away. My family sent strong men after me. They caught me, tied my arms and legs and threw me in a room with the man. He beat me since the beginning."

But women and girls in Westeros and around the world are fighting back. Last year Amnesty International highlighted Afghanistan's women human rights defenders, who bravely continue their work in the face of threats, attacks and murder.

4. SURVEILLANCENo character can say anything on King's Landing without being overheard by spies in the pay of political manipulators "Little Finger" or Varys, whose "little birds" tell him the "strangest stories". 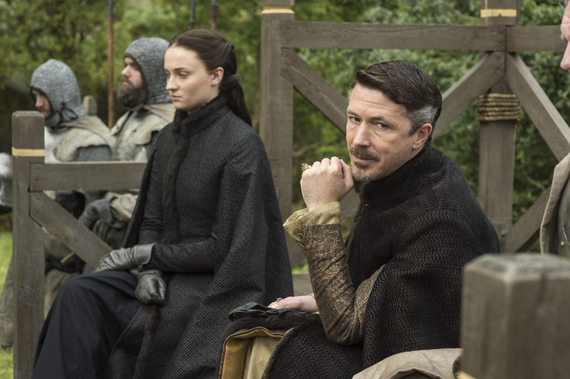 With characters like Littlefinger and their informants everywhere, there are few secrets in Game of Thrones. Photo credit: HBO / Sky Atlantic

Today's spies don't have "little birds", but they do have programs for mass surveillance of online and mobile communications like Dreamy Smurf, which UK intelligence agency GCHQ uses to activate mobile phones that are switched off and use them as listening devices. The UK has even spied on Amnesty International.

If government powers to collect billions of internet records a month go unchecked, the internet will have less privacy than King's Landing.

5. CHEMICAL WEAPONS, CHILD SOLDIERS AND OTHER WAR CRIMESThe medieval world of Game of Thrones is a brutal warzone with attacks on civilians, chemical "wild fire" and slave armies made of abducted children, not to mention dragons... 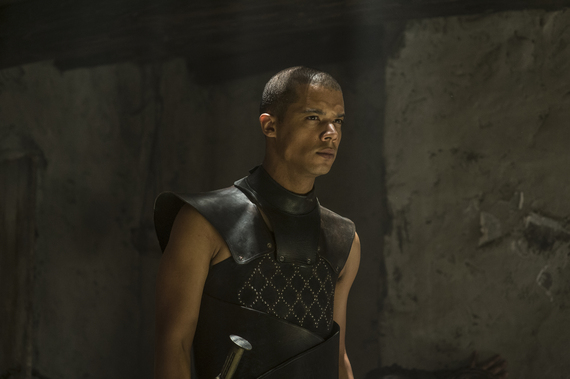 Amnesty International did not document the use of dragons in 2015 but it did document violations of the laws of war in at least 19 countries.

New evidence of chemical weapons use emerged last year. Eye witnesses in Syria told Amnesty International they have been subjected to chlorine gas attacks causing the horrific death of an entire family, including three young children.

Don't let real life compete with Game of Thrones for horror, violence and cruelty. Take action and stand up for human rights across the world.