Finally, "Game of Thrones" returned on Sunday night, and the Season 5 premiere definitely lived up to all the hype. The first episode of the new season had murder, a funeral and dragons, aka everything you'd want and expect from "Game of Thrones." Beyond that, the premiere caught us up with every major character except Arya (don't worry, we'll see her next week), setting up the unquestionably crazy season to come.

Spoiler alert for Season 5, Episode 1, "The Wars to Come"

The first-ever flashback
Although showrunners D.B. Weiss and David Benioff made a rule that they would avoid flashbacks in the series, they broke that rule this season. The episode opened with a flashback to Cersei's childhood when she visited a fortune teller known as Maggy the Frog. The woman answered two questions, telling young Cersei things we've already seen: she'll become Queen and have three children.

Tyrion and Varys arrive in Pentos
Varys finally let Tyrion out of the wooden crate he was locked up in while traveling across the sea. The two arrived in Illyrio's palace in Pentos and Varys explained his mission to Tyrion: to unite him with Daenerys to assist her in taking over the Seven Kingdoms. Will the two finally meet this season? (Spoiler: according to these leaked set photos, yep!) 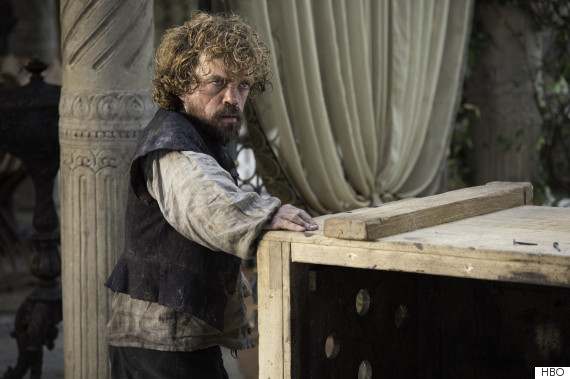 Wait, is that Lancel Lannister?!
After Tywin's funeral, a young man with a buzz cut approaches Cersei whom she calls cousin Lancel. Remember him? Lancel used to be awkward and skinny with long blond hair. He was the one responsible for feeding Robert Baratheon so much wine before the King was killed by a boar and who had a secret affair with Cersei. We last saw Lancel in Season 2, but now he's back, looking much more grown up as a devout follower of the Faith of the Seven religion. After his conversation with Cersei, it's clear Lancel will become a major nemesis to her this season. 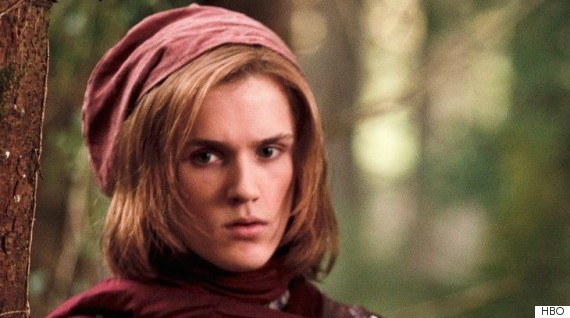 Chaos reins in Meereen
The first death of the season comes in a completely unexpected moment. An Unsullied visits a brothel (just to cuddle!) when suddenly one of the Sons of the Harpy, a group of Meereenese noblemen rebelling against Dany, cuts his throat.

R.I.P. Mance Rayder
Mance Rayder is a man of dignity and will take a knee for no man. Jon Snow tries to talk the leader of the Free Folk into pledging allegiance to Stannis as he marches South to defeat Roose Bolton. When he refuses, Stannis has Mance burned to death until Jon shows mercy and shoots him with an arrow. 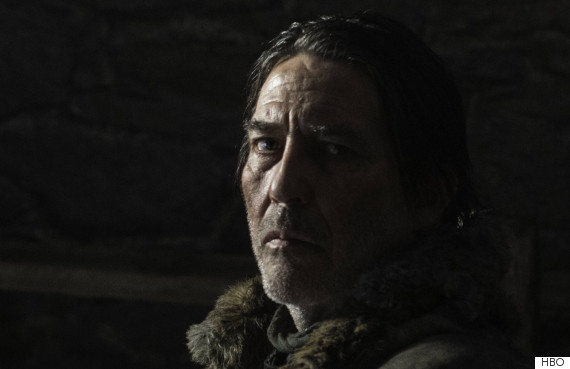 Pissed off dragons
Dany checks on two of her dragons, Rhaegal and Viserion, who are chained up underground. To put it simply, they are pretty pissed and breathe a bunch of fire at her. The kids are not happy.