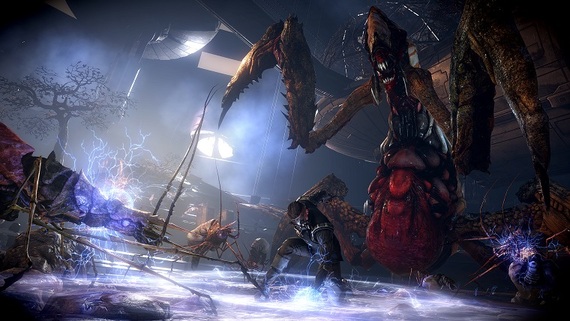 While I haven't found the time to share it with my readers so far, you can probably count me amongst the list of serious gamers who spend a considerable part of their daily time lodged in front of a computer playing high configuration video games from some of the best developers. Since I don't ownany of the two major consoles, most of the gaming I do is on my high-end gaming PC, which I have proudly assembled part-by-part in order to deliver an awesome gaming experience. While I do like playing games a lot, you will find that no matter how hyped a video game may be, it has a really hard time getting my attention and keeping it. One of the reasons behind this is that I can hardly spend over 24 hours lodged in front of a single game, no matter how great it is. I constantly search for variety. That, however, becomes a problem as I can be really picky when it comes to choosing what gets to enter my Steam Library. The game has to be highly story-driven, with a high incentive to continue playing it after I have grudgingly dragged through the first hour. It has to be open-world, or at least non-linear. I like to feel I can control the way I play a game. Finally, it has to have excellent graphics as well as gameplay mechanics. All this can make one's choices in gaming really limited (although I am open to suggestions), which is where the Technomancer comes in.

It is always great to see indie developers going outside their comfort zone and taking on the AAA giants of the genre by creating something massive and open world, which is exactly what The Technomancer claims to be. Developed by Spiders Entertainment and published by Focus Home Interactive, The Technomancer is a unique action RPG where you take on the role of Zachariah Mancer, a young but powerful elite warrior who uses his impeccable combat training along with an array of mutated electrical powers to take down foes on the vast and ravaged land of Planet Mars. Caught between a perilous conflict between the army and the secret police, Zachariah sets upon an epic journey which will have him travel the entire span of the Red Planet, making crucial choices and impacting the lives of those around him. That, is the concept. But how well has Spiders succeeded in realizing it?

The developers have done a wonderful job creating an interactive, in-depth setting that correctly resembles life on Planet Mars. The attention to detail is impeccable, really bringing the Red Planet to life as you travel from North to South exploring different cultures and civilizations across Planet Mars. The combat, while tough, seems quite fluid and interesting, with the ability to quickly switch between three different combat styles- warrior, guardian and rogue, all the while retaining the ability to use powerful electrical attacks or technomancy. Combat is indeed a very big part of this game, which you will shortly understand after you are sent to fight off hordes of bandits and mutated spiders within just one hour of gameplay. The boss fights are really difficult, which is probably something you will enjoy, especially if you are a Dark Souls fan. The character is slightly underpowered, and taking on hordes of enemies can sometimes feel tedious, but that is probably a plus for anyone who likes difficult and punishing gameplay instead of RPGs that hold your hand through the entire experience.

But that's just combat. How about role-playing? There are moral choices to be made throughout the game, each of which will determine the future outcome and the ending of the game. You get to decide how and when to pursue each and every mission as well as whether or not to kill your enemies after you have defeated them. The character is customizable to a great extent right from the start at the character creation menu, although you don't get to change your name or gender in-game. There is a lot of quality loot spread everywhere on the terrain, and you can use it to customize your gear as you please. There are four detailed skill trees which you can invest your points on as you progress through the game, including one each for each combat style, along with a fourth skill tree for technomancy powers. While being unable to play as a female does seem like a downside, the game provides ample freedom when it comes to customizing your character.

There is an intricate story at play throughout the game, one which even IGN seems to commend despite an otherwise dissatisfied review. Your choices do impact the game's story, as well as your relationship with other characters, NPC companions and quest bringers. There are several factions to join, sides to pick and multiple ways to approach the same mission to get different outcomes. If you like story-rich RPGs like The Witcher 3, you will probably like this game.

The graphics aren't really something to boast about. We have seen better visuals in games like Batman: Arkham Knight and The Witcher 3, and that was in 2015. However, a simplified yet not disturbingly dated graphics system means low impact on performance, so you will probably be able to run the game even on a low-end PC. You will get a stable framerate of around 60 FPS throughout the playthrough, which is quite good for an open-world video game.

The game hasn't really got many great reviews from gamers. With a Metacritic score of 56 and an IGN score of 4.9, the game has received mixed reviews from popular gamers and gaming websites. While everyone seems to be quite satisfied by the plot and the setting, the role-playing elements and apparently combat haven't received a whole lot of love. But let's take a moment here and talk straight. Just a few months ago, we received yet another greatly hyped ARPG game that turned out to be much of a disappointment on several terms. Yes, I am talking about Fallout 4. The plotline was meh, the graphics were really underwhelming and the combat, although better than its predecessors, was still pretty awful. What was worth praising was the huge open world and the number of side missions and loot and the ability to build entire towns from ground up. However, since it was an AAA title, we all praised its virtues, neglected its flaws and played the heck out of it anyway. The Technomancer, on the other hand, is an indie title. Developed by a small-scale developer with half the resources and manpower as Bethesda, the game has still managed to make a brave and intriguing move that helps indie studios lay their foundation on what was so far an exclusively AAA genre. Does it have its downsides? Sure. But is it still a great game that you can play and enjoy? Also true.

Overall, I enjoyed my playthrough of the Technomancer quite a bit. Yes, the graphics could have probably been better, and I'd have loved to see a jump button added to the controls, but still, the gameplay was good, the plot was good and I digged the way they really brought Planet Mars to life with its many alternate cultures and civilizations. If you have a spare $39 to spend on this summer, the Technomancer is probably a good spend.