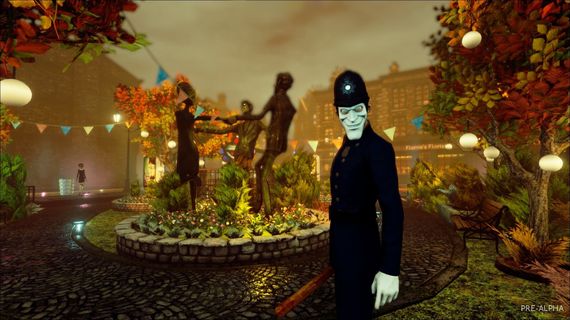 I remember back when I was first introduced to the world of gaming. I started out with 2D side-scrollers on my old Java phone, then some simple hidden object and puzzle platformer games on my PC, along with some seriously entertaining online games from sites like Miniclip and Zapak. My first 3D action-adventure title from a major publisher was GTA: Vice City. I remember how astonished I was, the vast and beautiful open world, the real-like day-and-night cycles, the huge arsenal of weapons, the ability to hop into any vehicle and the general realism that brought the entire world to life. These things may be commonplace in 2016, but back then, to a tween who had barely started out in gaming, I was pumped. I spent hours touring the open world, stealing cars, shooting officers, being a typical jerk in the virtual world, never even touching the main story or any of the quests (blah, boring!).

When I look at how far gaming, especially open world gaming, has evolved in these last couple decades, I am simply astounded. A sandbox title no longer means shabby visuals and compromised storylines, it can be the full package. Games are no longer a casual pastime for the socially awkward, it is an art. When I first started, I played video games mostly because it was what the cool kids used to do, never really giving much thought to terms like "gameplay" or "experience". Today, I don't even consider picking up a title unless it has a great storyline, superb gameplay and awesome visuals that can keep me hooked up for hours (ergo, the Witcher 3: Wild Hunt). It is in the same respect that I decided to grab myself an early access copy of We Happy Few, a surreal but fantastic, open world survival game from the house of Compulsion Games, released in early access for PC and Xbox One.

I was one of the very few people who grabbed the pre-alpha version of We Happy Few back when it released in 2015. The concept intrigued me. However, the game was mostly lacking in its most essential punchline: a story. Or any quests for that matter. The only thing you could really do is bounce around, do some crafting, whack some guys, escape the city. It didn't feel great then. How could it? It was just pre-alpha. What it did do, however, is introduce us all to a craftily created, creepy version of the open world we would be playing in. The artwork was great, the graphics were good, and I enjoyed the crafting and survival mechanics as well. But it was so far from anything that could give me even a remote idea of what the end product could look like. I decided to pass, for now.

In July 2016, when Compulsion Games decided to let loose an Early Access version of the intriguing title on Steam, I decided to grab it. The guys at Compulsion Games were really cooperative and were happy to help me out with a copy of the game as per request. I gave it a whirl, and I must say, I was positively impressed by what I saw. To those unfamiliar, We Happy Few is an open world survival game set in a retro-futuristic London, where its participation in World War II left England so devastated and war-torn that it had no choice but to use a synthesized drug called 'Joy' to keep the people from sinking into madness and sorrow. Simply put, Joy is an antidepressant. But it is an extreme. It simulates a feeling of induced happiness in its subjects, causing them to forget all unhappy memories and see the world as all unicorns and rainbows instead of the grim and morose pile of rubble that it really is. A great example of how the drug functions is in the intro, when the player, about to run out of the effects of his Joy, enters a room full of people celebrating a birthday. The player is pressured into striking open a pinata, which, when shattered, reveals to contain a dead rat inside, instead of the bunch of candies the drug-induced people around him see and eat (gross!). 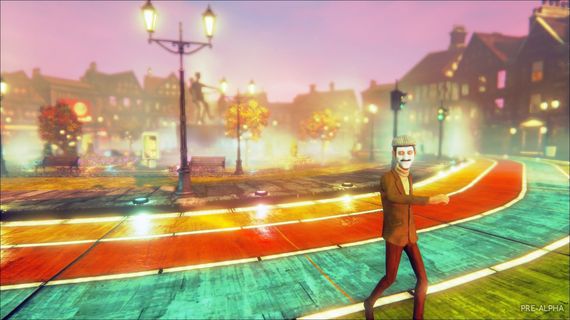 Followed by this, the player is forced to escape the drug-induced land through the sewers as he takes a pledge never to take his Joy again, essentially becoming a Downer, punishable by law. Now, he must infiltrate the town of Wellington Wells, pretending to be one of the many drug-induced psychos as he carefully looks for a hidden hatch that will enable him to be transported to a secret hideout used by revolutionary Downers taking a stand against the system. As you explore the town of Wellington Wells, you come across several druggies wearing creepy smiley-faced masks and fleeting away their lives in intoxicated bliss, unaware of the evils of the world they live in. The player must pretend to be one of them, smiling and laughing and giving out bouquets, as revealing himself to be a Downer will basically get him killed. However, the survival system can be a real pain as it forces you to break into houses and steal food and water and weapons, revealing your true identity that you are so trying to hide.

You must run, hide and pretend your way through the town of Wellington Wells (which is sprawling, even at just 50% completion in its Alpha state) as you look for that hidden hatch that is the key to your survival. The town in exquisite in terms of details and artwork, where every letter, every poster and every NPC dialogue serves to tell a magnificent story of a forgotten world that has lost its sanity. Is it creepy? Yes. Is it fun? Hell, yeah. The game is still far from completion, but it is still playable amidst an introductory cutscene, several interesting side quests and a ridiculously enjoyable open world environment. While there are still a few glitches and bugs that need plugging, and a few edges that need to be polished, you should grab yourself a copy if you are interested in seeing what the end product can look like, participate in the development process and support the developers in completing the project. Right now, you may not get the all-inclusive experience that you expect in a final product, but it is still a good glimpse of the meticulous concept and stunning execution.

Did you happen to try out this game yet? Or is survival horror not your kind of thing? Let me know.