"Happy to say we live in the same state. I'm looking you up, and when I find you, I'm going to rape you and remove your head." 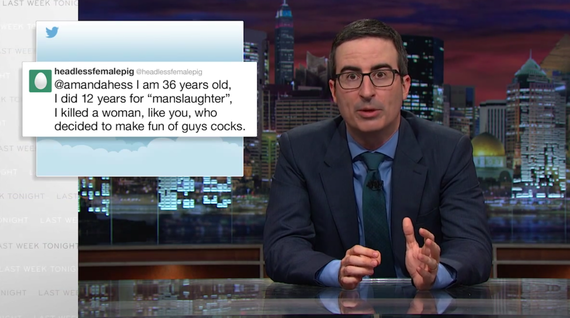 We're nearing the one-year anniversary of Gamergate, a cultural battle that has now attained the lamentable status of a cold war. To fathom why détente, much less peace, has not come to pass, we must take stock of how well--or how poorly--we truly understand the rhetorical weaponries of online hate.

Both sides of Gamergate believe they occupy the high ground: anti-Gamergaters strive to reform the video game industry's dismal representation and treatment of women, while Gamergaters purport to combat corrupt ethics in game journalism, the crusading of Social Justice Warriors, and the stigmatization of male nerds. Both sides cry bully, claiming to be the real victims amid the strife. The result is fire fought with fire, vigilantes run amok, dark knights rising.

There was a time when people held out hope for a Gamergate ceasefire. That ship seems to have sailed. Because as with the war on terror, the war against trolls is a Hydra encounter. Trolls, like termites, are not easily exterminated; they nest and proliferate in the very infrastructures of the Internet.

Last month, a bomb threat in Washington, D.C. forced the evacuation of over 200 Gamergate sympathizers who were gathering in a bar. "I have multiple bombs planted around the area #GGinDC is being held in," said the tweet that sounded the alarm. "If #GGinDC is not evacuated within the next hour, it will detonate." To be clear, this threat presumably came from someone opposing Gamergate--someone seeking to rectify sexism and misogyny in gaming.

That's right: the incident was deemed a "feminist bomb threat."

With Gamergate, this is simply the latest incident among torrents of death threats, rape threats, and someone's chilling promise to commit "the deadliest school shooting in American history."

Earlier this year, a "Gamergate villain" explained that his homicidal messages to the game developer Brianna Wu were "all a joke."

In April, a 23-year-old transgender game developer named Rachel Bryk killed herself by jumping off the Washington Bridge. She did so after trolls goaded her to just "DO IT, if you're such a weak willed thin skinned dipshit." 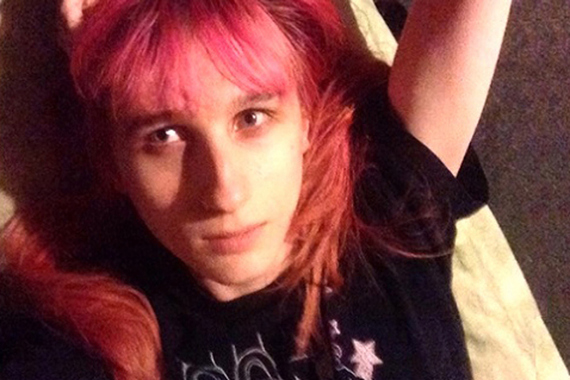 During my time researching problems of sexual harassment in online video games, I gained insights into how harassers think, talk, and act. I've seen how they react when coming under fire for offensive conduct. "I was just being a troll," a player would tell me. "It's just words. I didn't mean it. People think it's funny. She seemed to like it anyway." Such justifications--she-was-asking-for-it, no-means-yes--should sound all too familiar. Harassers, online and offline, find safe harbor in excuses about verbal and playful make-believe, shirking all responsibility and reality.

To be sure, vocabularies of violence circulate beyond the video game industry. A glance at click-baiting links reveals how we, across the political spectrum, crave verbal takedowns: "Ron Paul and Mike Gravel Demolish Loaded Question About Iran," "Bobby Jindal DESTROYS Obama," and "Ruth Bader Ginsburg Eviscerates Same-Sex Marriage Opponents in Court."

You might say it's just fanciful, even funny, language: colorful metaphors that can't be taken seriously (again, just words, savage though they may be). But when we let ourselves click these headlines--and I succumb to the temptation as much as anyone--are we part of the problem? Do we become patrons of rhetorical bloodlust?

Even if we consider ourselves sympathetic and tech-savvy, it's easy to underestimate the power of words in cyberspace. Unless we've personally experienced the crushing fear of facing online threats on a daily basis, we can't quite imagine what it feels like. Unless we've been targets, we can't grasp the emotional tyranny of a tweet--140 measly characters that force us to flee our homes, obsess over our family's safety, and dread every ping in our inbox.

On each side of Gamergate's iron curtain, lives are on the line. Upon graduating from the elementary school playground, "sticks and stones..." shouldn't fly anymore. There's no such thing as empty threats. Trolls and fear-mongers, who traffic rigorously in verbal menace, know this better than anyone.

The rest of us can't afford to forget it either.