... with character-specific decorations giving each land at the Parks an especially festive feel for the holiday season. 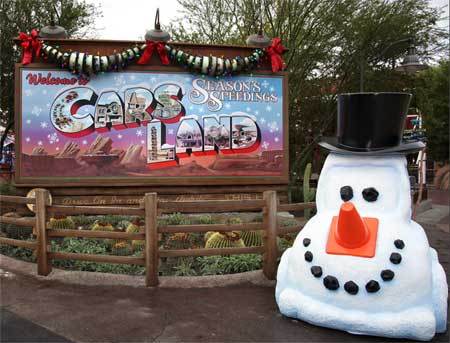 But what you may not have heard is that Disney Infinity fans are now also embracing the spirit of the season. Which is why many of them have begun decorating the virtual walls of their individual Toy Boxes. 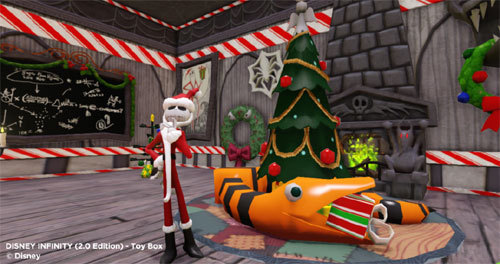 And what exactly do I mean by "... their individual Toy Boxes" ? Or "virtual walls" for that matter? To properly explain what's now right going on within the world of Disney Infinity, I first have to pull a Scrooge and take you back to Christmas Past. To be specific, the 2010 & 2011 holiday shopping seasons. Which is when first the Disney Epic Mickey platform video game and then the Disney Universe co-operative action-adventure video game failed to win over consumers.

Mind you, Disney Interactive (i.e., the arm of The Walt Disney Company which handles digital entertainment) did have a bit of good news during this especially bleak period. Toy Story 3: The Video Game -- which was released in the Fall of 2010 -- had proven to be quite popular with gamers. Largely because this video game featured two distinctly different modes: Story and Toybox. 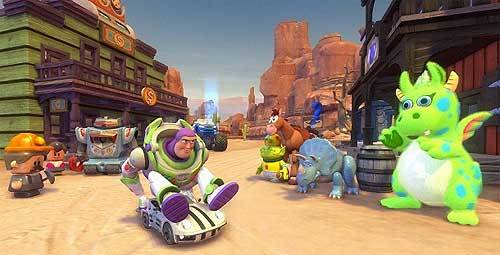 Toy Story 3: The Video Game in story mode was pretty standard stuff. It allowed gamers to move through nine different levels of play as they then recreated events from that 2010 Pixar Animation Studios release. It was when players put Toy Story 3: The Video Game in Toybox mode that things got interesting. Here in the Woody's Roundup section, players were allowed to create and then customize levels of this video game. They could even earn money that these gamers could then use to unlock new objects within this video games. And the reason that this particular feature was especially popular with players was that some of these objects came from outside the Toy Story universe. They referenced characters from other Disney / Pixar franchises.

It was Toybox mode on Toy Story 3: The Video Game that led to Disney Interactive's big breakthrough. Given that players had really responded to the idea of being able to play with their virtual toys in a manner similar to the way that kids play with their actual playthings in the real world (i.e., To a 5 year-old's way of thinking, there's absolutely no reason that a G.I. Joe couldn't be the best friend and/or arch nemesis of a Ninja Turtle. There are no rules when it comes to playtime. The only limitation is that child's imagination), these execs wondered what might happen if they developed an action-adventure sandbox game that could then tap into the true potential of Disney's rich library of characters. Creating this virtual space where it might then someday be possible for Marvel characters like Spider-Man and Nick Fury to travel to Agrabah (i.e., the mythical Middle Eastern kingdom that Disney's "Aladdin" is set in) and then do battle with the Green Goblin in the Bazaar. 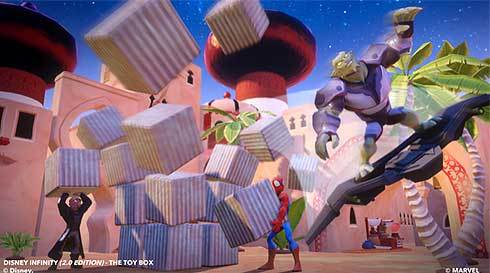 Given that the Mouse had previously been so fiercely protective of its intellectual property, this was a big roll of the dice for The Walt Disney Company. The very idea that Disney Interactive was creating this action-adventure sandbox game where players would actively be encouraged to bring Disney, Pixar and Marvel characters together and then use their own imaginations to create elaborate new worlds & settings that these characters could interact in ... This was very outside of Mickey's comfort zone.

That said, there were powerful Disney executives (chief among them John Lasseter, the Chief Creative Officer at Walt Disney & Pixar Animation Studios and Joe Quesada, Marvel's Chief Creative Office) who got what Disney Interactive was trying to do and then threw their support behind the project. As long as this new gaming initiative also gave players a Play Set option (EX: That fans of "The Incredibles" could -- in addition to using their own imaginations to drive the movements of these superhero characters while they were in Toy Box mode -- also have a more traditional gaming experience, one where they'd then be able to send Mr. Incredible and his family out into Metroville [i.e., the city that served as the principal setting for this 2004 Pixar Animation Studios release] so that they could do battle with Syndrome), Mouse House managers gave Disney Interactive Studios & Avalanche Software permission to develop this action-adventure sandbox game. 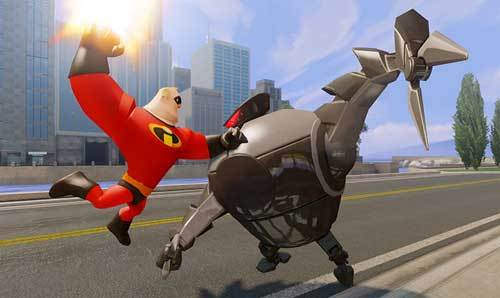 Version 1.0 of Disney Infinity debuted on August 18, 2013 and quickly proved to be the monster hit that Mickey had hoped it would be. But as they readied Version 2.0 of this action-adventure sandbox game (which launched on September 23rd of this year with a Marvel Super Heroes edition), what especially thrilled Disney Interactive executives was how creative DI fans were proving to be. So many of these individuals were loading top quality content up into their Toy Boxes and then sharing this material with the greater DI community that ... Well, Disney Interactive officials felt that they had no choice but to actually hire five of these folks and then make them part of the DI creative team. 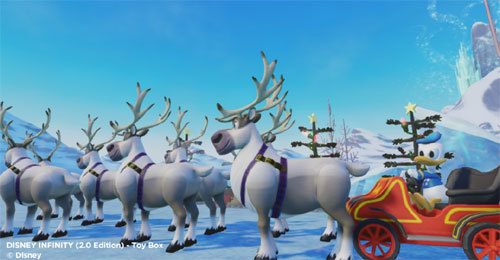 And what helped put a lot of these new hires on Disney Interactive's radar was the amazing job that some of these individuals did when it came to decorating their Toy Boxes for the 2013 holiday season. As Patrick Efird -- who is now a Associate Level Designer for the Disney Infinity Community but, this time last year, was just another player enjoying this action-adventure sandbox game -- recalled:

"One of things that sets Disney Infinity apart is that you can create any type of Toy Box you want. With this being the holiday season we've noticed a lot of our community members decking the halls of their Toy Box in fun and unique ways. There's just something cool about seeing Bullseye haul a sleigh being driven by the Hulk." 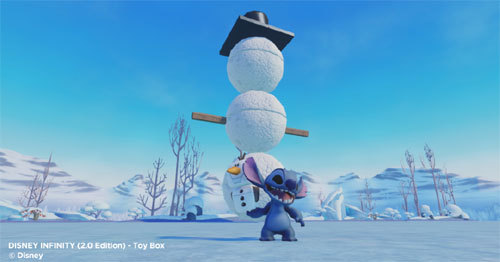 "For me personally this is something special because this time last year I was a member of the community and now I'm a part of the in-house team working with the community on future content. I've always been in awe at what the game's fans create and seeing it from this side it's even more impressive."

So for all you gamers out there who sometimes get hassled by parents or friends for the amount of time playing a video game, feel free to share this story with them. Because sometimes (as Patrick Efird points out) what might seem like a creative obsession from the outside might actually turn into a career path. At least when you play Disney Infinity, I mean.