By Kris Goorhuis
This article originally appeared on Playboy.com.

Enthusiasts with disposable income can build a video-gaming battle station for the price of a respectable used sedan. Fortunately for the rest of us, great gaming experiences aren't exclusive to the type who regards hustling extra hertz out of electric potato chips a fun distraction. If premonitions of ozone and smoke accompany thoughts of attempting today's glitziest games, fear not: your humble machine shall deliver unto you a game worth being excited for.

Most of these come courtesy of the indie sphere simply because intensive graphical razamataz is beyond what most small teams can economically develop. Don't let that scare you off: these guys are becoming ever more popular for good reason, and these are ten fantastic games that won't melt your crappy old PC. 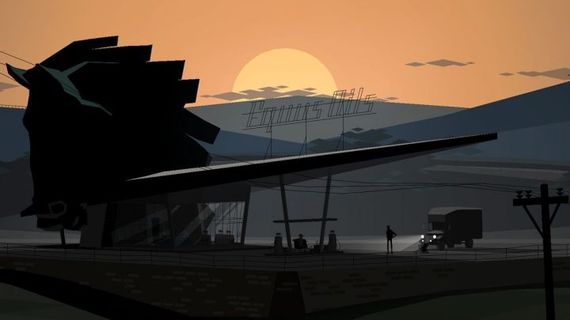 There's a road hidden under the hills of Kentucky. It's an enigma you won't find in any guidebooks, something fraught with as many questions as those who travel it. Through unremarkable circumstances in an unremarkable setting, the hints and suggestions of softly surreal intrigue pierce through what can seem like an interactive storybook.

The first of five acts, three of which are currently available, sees your minimalist truck driver losing his way while on delivery. Mouse-click him through conversations with the strange folks and locales he'll meet and inch ever deeper into the mystery. It's deceptively simple, but Kentucky Route Zero paints evocative and arresting strokes with its sparse color and narrative palettes. 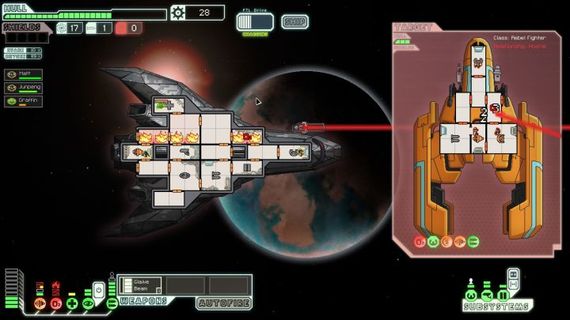 Your crew carries intelligence of critical importance to the allied fleet. Unfortunately it's drifting several sectors and several dozen leaps through hyperspace away.

Flying there is the easy part--destinations are reached with a just a few clicks. What may be lurking at each stop, however will require that you organize and control an array of starship subsystems, weapons, and the life forms maintaining them. You've got to keep this space boat afloat while collecting the scrap and fuel you'll need to carve a swath to salvation. 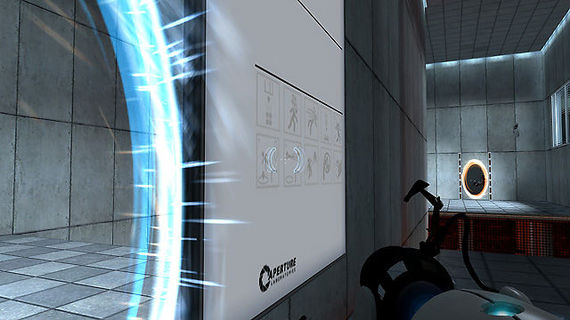 The family of games I'm stuffing into a single listing here share a digital backbone bestowed by a developer with an incredible knack for making dusty electronics work wonders. These guys run gobsmackingly well on low-spec computers, citing hardware requirements about a decade old.

The two sequels are of the multiplayer man-shooting variety, one asking you to survive the hordes of spry, modern-style undead, the other pitting you against the even more mindless droves of internet dwellers. To tickle that noggin back into livelihood, Portal eschews lead for interspatial puzzle rifts and superlative dark comedy. 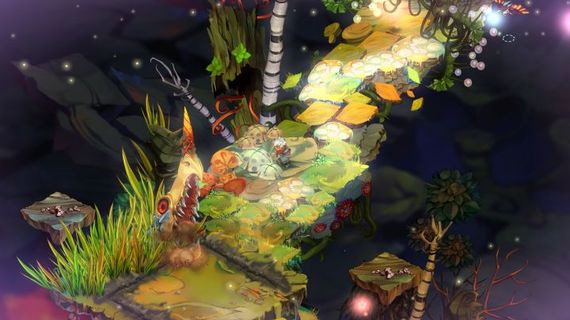 Welcome to the old west as depicted in skybound stone rubble and vegetation. Through a voice of gravel and tobacco, this story is narrated as though your avatar's present actions have already been written. Our chronicler's constant company works with a fantastic musical score to draw you into the midst of a well realized setting replete with visual art worthy of its other strengths.

Hacking and blasting your way through monsters and men from your bird's-eye perspective, unfortunately, doesn't keep pace with the excellence of the rest of the package, but neither will it prevent you from enjoying what Bastion has to offer. 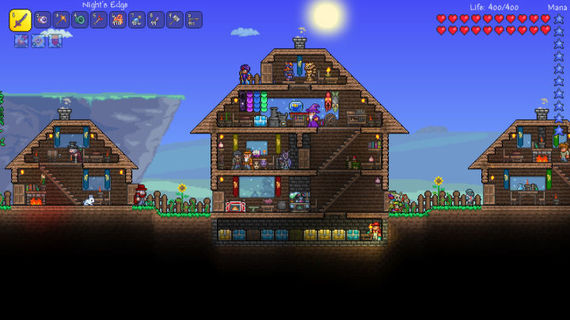 You're the insect in this ant farm. The flat pane of rock and earth holds materials you can use to build cool stuff with, encouraging you to carve the tunnels and passages that complete this analogy. Deeper reaches hold more valuable blocks, but the indigenous monsters will grow suitably more dangerous.

Assemble tools and equipment from what you've found and head to the depths to find--whatever you're looking for. You're left to set your own freeform goals of exploration, discovery, and creative outlet. 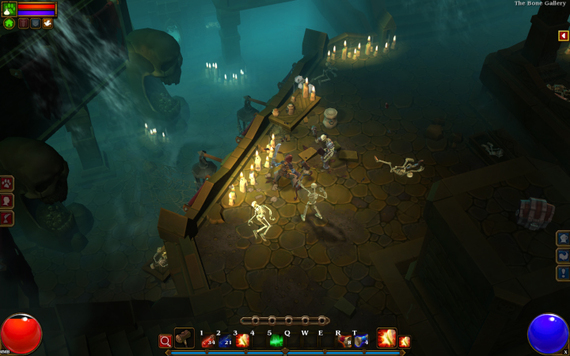 Built to be dumb fun for a wide audience, this attractive title scales its hardware demands downward to levels reminiscent of 2003's standard for gorgeous. Choose from a smattering of heroes with broad selections of unique moves with which trounce the innumerable baddies, then tack on new abilities as you grow in power. 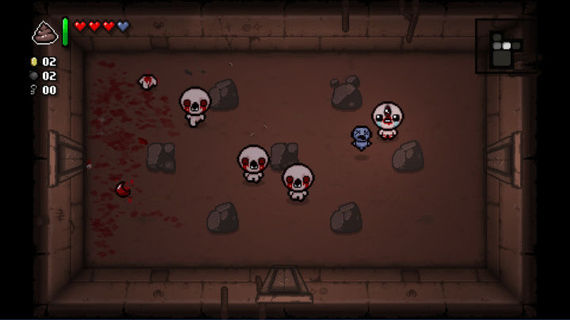 Mom's basement hides a random amalgamation of dangerous rooms. One screen at a time, your naked hero-child attempts to dislodge their horrors with a barrage of tears, lest mom sacrifice him to god. Yeah, the subject matter is a bit blithely dark.

Wild and strangely biblical selections of items that alter the way this difficult game plays will appear with a frequency, ensuring no failed attempt is like any other. Which is good, because death and retries are part and parcel to the experience. You may be hungry for this type of abuse and don't know it yet.

'CRYPT OF THE NECRODANCER' 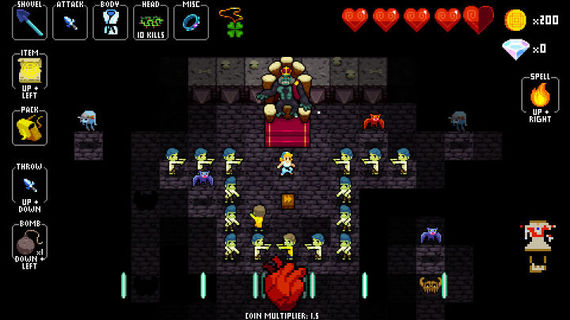 Dungeon crawling hits the disco hall, except the tunes here are more of a driving electric rock. The strong, pronounced beats accompanying this game are exactly what you need, as your hero cannot move without rhythm.

Attack in step with the music and use the same tempo to predict what the crypt's groovy denizens will do, because death is permanent. Unlike Isaac, though, some of your progress here will carry over into the next life. Expect silly music puns, visual gags, and some serious head-bobbing. 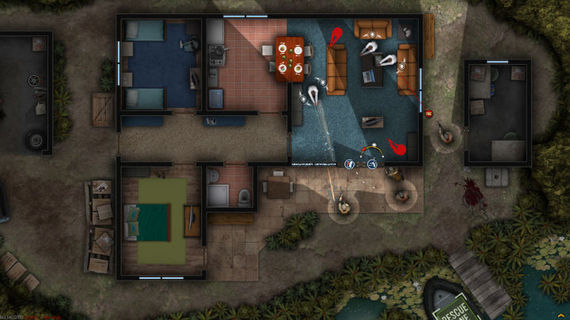 Eschewing the usual story-based campaign, the meat of this strategic package is an expansive set of one-off, contextless boards of play. Each holds varying tasks for your police force, like extricating hostages, that demand you outfit your team with a tailored set of disciplines and equipment kits.

Construct your composition as you see fit and plan careful, synchronized movements while time is paused. If things get hairy, reassess and adjust your game plan on the fly. For those who favor precision and logic in their violent encounters, Door Kickers is an excellent choice. 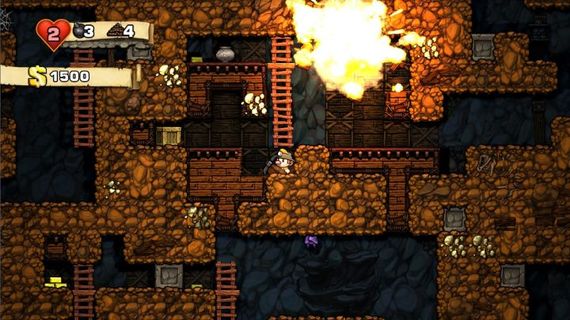 Underground passages are universally and inexplicably laden with all manner of nasty traps and pitfalls. Spelunky offers your cartoonified Indiana Jones-alike a wealth of ways to conquer these, building what many refer to as one of the most perfectly designed games its genre has ever seen.

Equal parts skill with fine, life saving movement and forward-thinking plan of attack, this game tests several facets of your ability in your quest for campy movie treasures.

Kris Goorhuis is a freelance writer, nerd, and pathologically shy fish in a sea of eyes. Leer at him on Twitter @krisgoorhuis