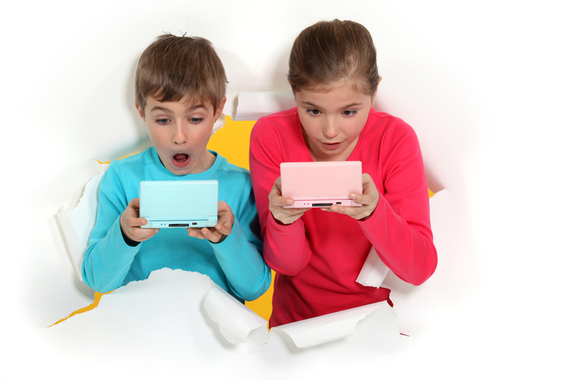 Are the effects of gaming harmful? According to experts, it depends.

Is there a right or wrong answer? No one seems sure. Despite pressure from numerous groups and the medical community debate that rages on, the gaming industry continues to disagree with those who cast a negative light on the issue.

What does emerge from the many surveys, studies and tests is a clear picture of a usual suspect -- the need for balance and moderation -- which applies to nearly every aspect of our lives.

Let's look at 10 points -- five positive, five negative -- and see if we can make up our own minds based on some information... first, the positive ones:

1 - Problem Solving Skills: One of the aspects of "positive gaming" is that it can build problem solving skills. Playing games allows for us to hone rapid puzzle solving abilities -- many consider this to be "brain training." (Source: American Psychological Association)

2 - Decision Making, Fast Analytics and Alert, Nimble Thinking: Research by the University of Rochester suggests that the use of video games to train soldiers and surgeons is a viable option, largely because decisions are no less accurate when made by action-packed video game players. Daphne Bavelier, who led the research, stated that people make decisions based on constantly calculated and refined probabilities. It makes sense that our brains get one hell of a "work out" playing these games. Check out her TED Talk about your brain and video games.

3 - Move Quickly, But Accurately: According to that same study by the University of Rochester, action games go a long way to train our brains to make faster decisions without losing accuracy. Considering our fast-paced, give-it-to-me-now world, that's an obvious benefit.

4 - Anticipation Strategy: In his book Everything Bad is Good For You, author Steven Johnson refers to this as "telescoping." This means that gamers learn to keep long-term goals in mind while dealing with immediate problems. That's an essential entrepreneurial skill set.

5 - Testing Theories and Inductive Reasoning: In the book What Video Games Have to Teach Us, author James Paul McGee stresses the fact that players constantly try out a variety of combinations in some games; if one doesn't work, they develop a new hypothesis, etc. These are considered by Gee to be "goal-driven experiences," which as he points out are fundamental to learning.

Now let's take a look at the adverse effects:

1 - Poor Schoolwork and Argumentativeness: According to a study in 2003, it seems that video game addicts tend to achieve poor grade scores and fight a great deal with their teachers and friends. This and other studies also show that many players often skip their homework, admitting that their poor school grades are a direct result of video game habits. (Source: National Institute on Media and The Family).

2 - Poor Concentration: A 2012 paper published in Psychology of Popular Media Culture found that games can improve our ability to concentrate in the short term but damage long-term concentration.

3 - Increased Depression and Anxiety: These traits have also been found by some to be prominent among those who play games excessively. In particular, kids who've become addicted often exhibit social phobias. (Source: National Institute on Media and The Family).

4 - Attention Deficit and Impulsiveness: According to a study published in the Journal of Psychology and Popular Media Culture (February 2012), kids can and sometimes do exhibit these behaviors, having difficulty sustaining behavior to reach a goal.

5 - Physical Health Issues: Some have suggested that video games may cause children to develop bad health issues. These include postural, muscular and skeletal disorders (tendonitis, nerve compression, carpal tunnel), obesity, and what many refer to as video-induced seizures. (Source: Video Game Addiction)

Once again, it's about balance, moderation and, as per a recent interview with Brandon Hieber, CEO of The Old School Game Vault, discernment.

"Games that include educational content can improve educational and reasoning skills," says Hieber. "Some games rely on reasoning and problem solving to build different structures. More violent games increase aggressive thoughts, behaviors, and actions that research suggests can extend into troublesome real-life situations. For those of us who are parents, it's incumbent upon us to make age-appropriate choices for our children."

How does Hieber recommend we do that? Here are some of his thoughts:

Now it's your turn; what's your take on all of this?

Disclaimer: I have no financial, personal or professional connection to any company or person mentioned or quoted within this article.