When identical twins are born, they're most often indistinguishable. Save for the possibility of a birthmark or personality tick, the two tiny humans sharing the same DNA are practically carbon copies of the other. Yet over time, as traits blossom and decisions are made, unforeseen events occur and fate takes its course, even biologically homogenous siblings can begin to look significantly different. 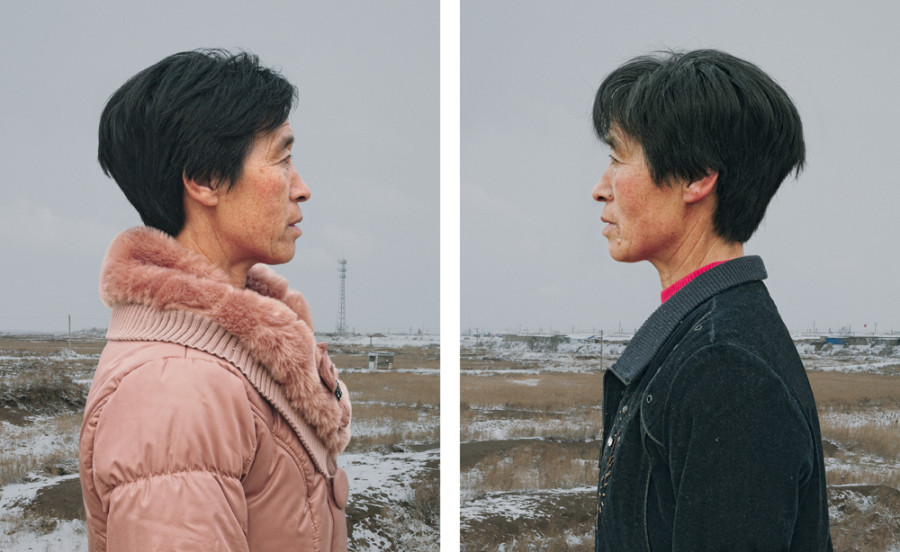 Beijing-based photographer Gao Rongguo explored the intersection of science and fate, photographing a selection of identical twins over the age of fifty, documenting the various permutations of difference and sameness that arose over time.

Rongguo quotes St. Augustine's "Confessions" when discussing his motivations for the work, explaining, "People born at the same time, differ in the temperament and fate." Returning to the Shandong Province where he grew up, the artist captured the likenesses of twins staring each other in the face. While some siblings retain an uncanny resemblance, others look only vaguely related. In the most heartbreaking photo, one of the twins is no longer living, leaving the remaining brother staring into emptiness.

"He/she used to have the same face, living in the same family, but their lives changed due to various reasons after growing up," Rongguo said. "I take these identical twins in their fifties face-to-face. This is a way similar to the way one would look into the mirror." Indeed, as Rongguo's subjects face each other it gives the impression they are staring into some sort of warped reflection. A meditation on the passage of time and the power of the individual, the stunning series gives a glimpse into the ways human beings change and evolve throughout their own unique lives.