WASHINGTON -- Faced with footage of Bangladeshi girls as young as 12 working on jeans with "Old Navy" labels, Old Navy's parent company, Gap Inc., says it believes one of its contractors may have improperly sold its product to a wholesaler without its knowledge.

The disturbing footage of child labor was part of an in-depth investigative report by Al Jazeera on working conditions in Bangladesh's garment industry. The 25-minute "Fault Lines" segment focused primarily on the contracting practices of Walmart, whose clothing turned up in the deadly Tazreen factory fire that claimed at least 117 lives in 2012.

Al Jazeera reporter Anjali Kamat gained entry to a Bangladesh "finishing house" by pretending to be an interested buyer. Finishing houses are where workers put the final touches on garments, affixing buttons and tags and the like. While inside the facility, Al Jazeera's crew captured footage of a 12-year-old girl putting elastic into a pair of jeans with an Old Navy label. They also found barcoded store tags bearing the retailer's name.

In the report, which was produced by Laila Al-Arian, Kamat said that roughly half of the 20 girls inside the facility were under the age of 14.

"Through the barcodes on the tags we found at the finishing house, we were able to match the garments to ones at Old Navy stores in the U.S.," she narrated.

Gap gave the network a response pre-broadcast, saying the clothes that Kamat and her team had uncovered were either "counterfeit or improperly acquired." The company also posted a more lengthy statement online.

"Gap Inc. does not do business with Samie's Finishing House, the facility highlighted in Al Jazeera America's 'Fault Lines' program," the company said. "A prompt investigation of Samie’s Finishing House found no Gap Inc. products and no evidence that any Gap Inc. brands had placed orders there."

The company also leveled a serious charge at the network: Al Jazeera's report was not only "misleading" but "false," it claimed.

According to Gap's own investigation, the clothes do not appear to be knockoffs. (The counterfeiting theory would not explain the store tags Al Jazeera found in the first place. If someone were bootlegging Old Navy clothes, why go to the trouble of creating fake store tags, complete with barcodes, if they would never be sold in actual Old Navy stores?)

Having investigated the matter on the ground, Gap says it seems one of their contractors may have pawned off product that had failed a quality inspection without destroying the "Old Navy" tags. The company allows suppliers to sell rejected product so long as all its markings are stripped.

"Our investigation has led us to believe that one of our vendors may have improperly sold rejected product that failed to meet our qualifications, without removing or destroying our official labels and tags before selling to a local wholesaler, in violation of our vendor agreement," Gap said. "This is a serious breach of our policy, and our team on the ground is in discussions with the vendor to ensure appropriate action will be taken."

If this is the case, it does not contradict Al Jazeera's reporting. Kamat said in the report: "Through the barcodes on the tags we found at the finishing house, we were able to match the garments to ones at Old Navy stores in the U.S." She did not say those particular clothes ended up in stores, only that the items matched others back in the U.S., i.e., were not counterfeit. Neither did she assert that Gap Inc. had a relationship with the finishing house.

As Kamat told HuffPost, "What we can say is that we saw and filmed little girls working on Old Navy jeans."

Scott Nova, head of the Worker Rights Consortium, a well-regarded nonprofit that monitors factory conditions, told HuffPost he thought Gap's explanation was a "hail Mary." (Al Jazeera had consulted Nova on the clothes and interviewed him at length as part of the segment.) According to Nova, Gap's contention of an unauthorized sale -- a best-case scenario, public relations-wise -- would still leave the company with plenty of explaining to do, since its contractor's actions apparently landed its product in a facility that employs young girls.

"[E]ven if we lived in some parallel universe where this explanation had credibility, it would not exonerate Gap," Nova said in an email. "They still would have to admit that they chose a grossly unscrupulous supplier and then failed to impose any discipline on that supplier (while nonetheless profiting from the relationship)."

Gap declined to respond to Nova's comments. When asked by HuffPost if Gap considered the episode a failure of oversight and accountability, a spokeswoman said it stood by its earlier statement, which stressed the company's intolerance for child labor and concern for the children in Al Jazeera's footage. The company said it had "notified local authorities and international advocacy agencies so that steps can be taken to ensure the children are cared for and protected." It also called the vendor's sale a "serious breach of policy."

In the wake of the Rana Plaza building collapse, which killed more than a thousand workers in Bangladesh earlier this year, Gap, Walmart and a number of other U.S.-based retailers declined to join mostly European brands in signing a binding safety agreement for that country. Instead, Gap and Walmart spearheaded a separate safety program of their own, which labor rights experts like Nova have said lacks teeth.

Al Jazeera's report had a single unifying theme: that the complex contracting schemes used by Western retailers can leave them oblivious to abuses committed by agents and subcontractors down the line. However the "Old Navy" jeans wound up in a finishing house that apparently employs underage girls, it seems to have happened without the awareness or approval of Gap Inc.

As a Bangladeshi factory auditor said in Al Jazeera's report, "Using agents means you don't know your entire supply chain. You don't have any idea. That's the danger." 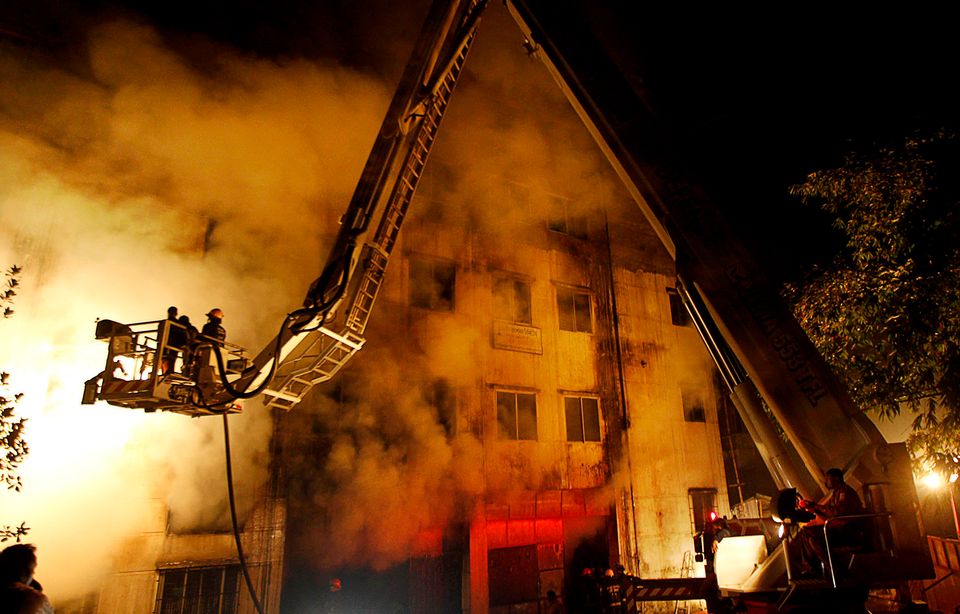