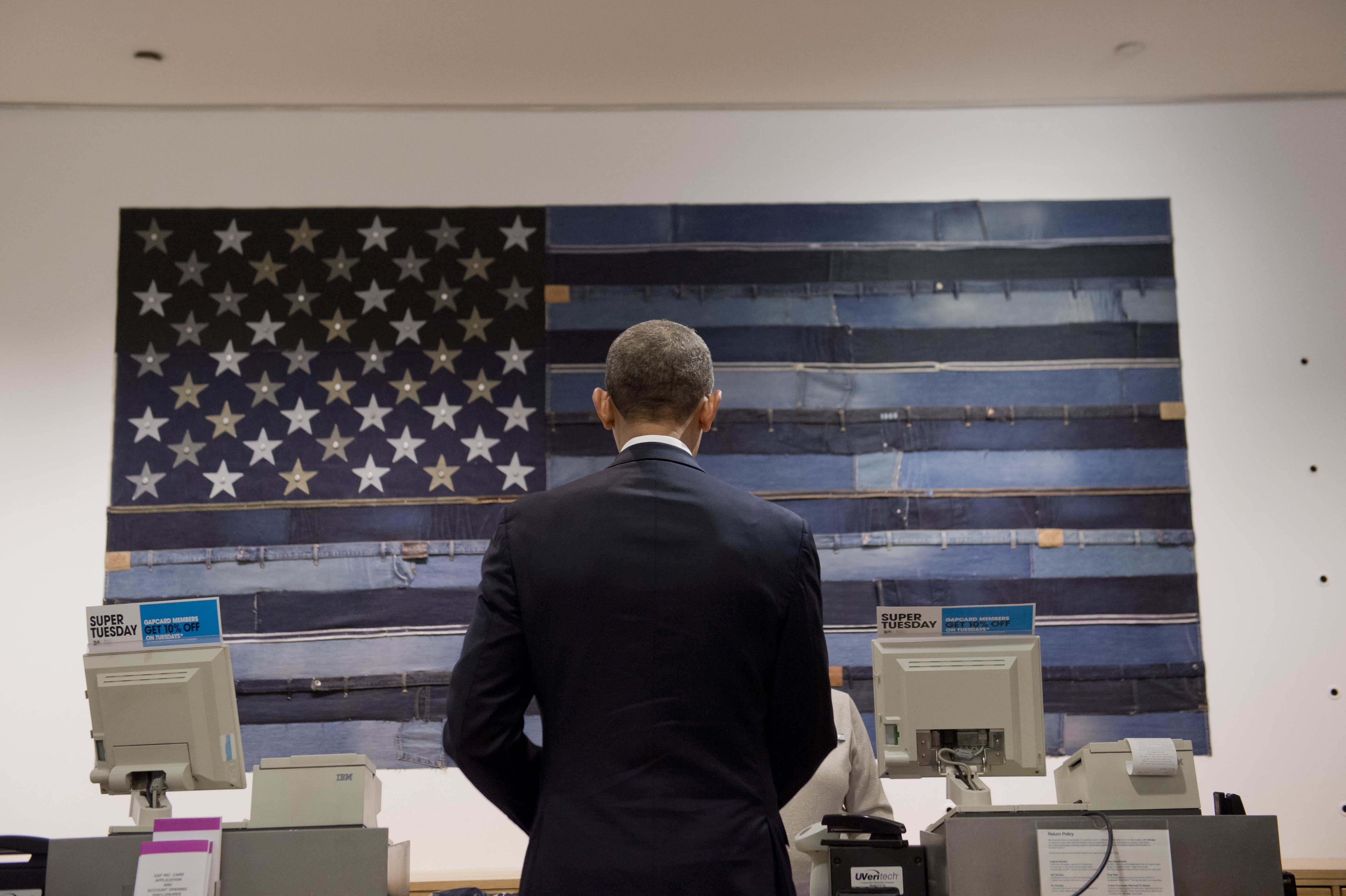 President Obama pays for clothing at the Gap after the company announced it would raise its minimum wage.

Just a few months after announcing plans to raise its minimum wage to $9 an hour this year (and $10 an hour by 2015), Gap Inc. is already cheering the success of the initiative, citing a surge in job applicants.

A spokesperson for Gap Inc. confirmed to The Huffington Post Tuesday that all of the company's brands have seen an uptick in job applications since last year at this time. For Gap and Old Navy, that percentage increase is in the double-digits, the spokesperson said.

The news that people are clamoring for a job that pays $9 an hour -- while good news for Gap -- is an indication of just how low American wages are today, David Cooper, an economic analyst at the Economic Policy Institute, told HuffPost. A job that pays $9 only amounts to $18,720 a year for someone working 40 hours a week, 52 weeks a year -- a salary that puts a family of three below the federal poverty threshold, he noted.

"Gap's story is another good example of one of the positive examples that come from businesses that pay higher wages," he said. "Those businesses are able to attract and maintain a better work force."

Gap's ability to attract more qualified, skilled workers for such low pay is yet another sign that America's uneven recovery is taking a serious toll on Americans.

"A lot more people are having to take lower-paying jobs," Cooper said. "The Recession exacerbated this trend, but it's something that's been going on for a long time."

As low-paying jobs have replaced middle-class opportunities lost in the economic downturn, getting a low-paying job at the Gap, or at McDonald's, has become much more competitive. Today, Walmart has a lower acceptance rate than Harvard.

But not all successful retailers pay poverty wages. Take the successful big box store Costco, which pays a starting hourly wage of $11.50. By upping its minimum wage now, Cooper says Gap is getting ahead of other retailers as the country considers raising the federal minimum wage from $7.25 to $10.10 an hour, a proposal President Barack Obama has backed.

"It's reasonable to think we could get a minimum wage increase in the next two years," Cooper said. "By raising wages now, Gap gets first dibs on the best workers who would be out there looking for jobs."