GarageBand, the popular music-making application for the Mac desktop operating system and the iPad, is now available for the iPhone and the iPod Touch, Apple has announced.

GarageBand, which was released along with iMovie for the iPad in March of this year, has been scaled down in size to fit the smaller screens of the iPhone and iPod Touch and is selling for $4.99 in the App Store.

Apple's music-creation suite will go up against competitors like BeatMaker 2, Tabletop and Multitrack DAW for the money and downloads of digital DJs and music producers around the world.

According to TechCrunch, Apple concurrently let out Version 1.1 of GarageBand for iPad, with features that will be available across all iOS devices, including custom chords for Smart Instruments and new time signatures like 3/4 and 6/8.

It's early, but the first reviews are already out from Wired and MacWorld. Both had good things to say about the mini-GarageBand, with Wired calling it "a welcome addition to any mildly creative person’s iPhone or iPod touch."

The GarageBand app is available here for download for iPhone 3GS and up, iPod Touch and the iPad in the App Store.

Check out screenshots of the scaled-down GarageBand app for iPhone (below). LOOK: 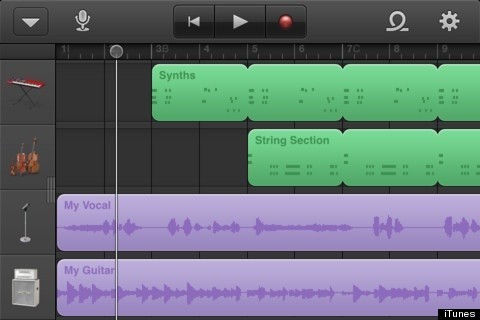 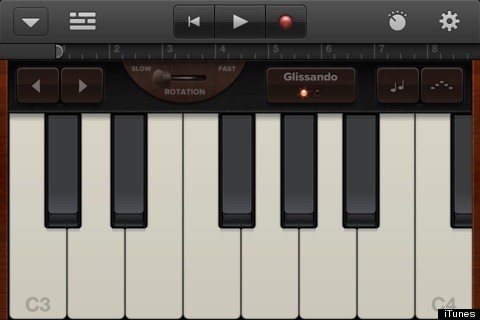