I have a theory that my fear of needles can be traced back to a Garbage Pail Kid card that bore my name. Called "MediKate," the girl depicted on the card had a needle stuck so deeply into her fleshy arm that the shape of the syringe was visible on the other side. As a kid in the 1980s, this thought totally freaked me out.

Art Spiegelman, the man behind the graphic novel Maus, was a member of the team that made the cards. So he was a natural to write the introduction for a new book, called simply Garbage Pail Kids, which compiles all 206 of the original images in series one through five as art.

In the book, Spiegelman explains the appeal of the cards amazingly well.

"Garbage Pail Kids offered something that was not so benign and parent-friendly. Rather, it provoked: 'Oh my god, what is that? Where did you get those? Your allowance is cut off. And you're grounded,'" he says. "The dolls were pricey and had to appeal to adults. The stickers were available for chump change and appealed to the inner beast in all kids."

In honor of the book's release earlier this month, here are all the Garbage Pail Kids that contain an iteration of the name Kate.

For all the Kate-related content you can imagine, head to Kate-book.com. 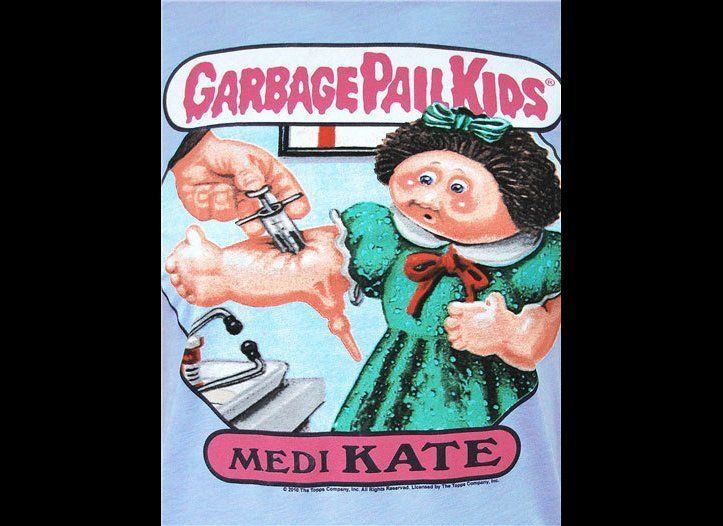