As the nanny for a health-conscious San Francisco family, Erin Lang had to get creative when she made treats on the job. "I'd stand there staring into the fridge, thinking about what I could combine into frozen sweets," says Lang, who was studying communication at the University of San Francisco at the time. "Pears with kale or strawberries with beets was unexpected, but I tried them anyway -- and sure enough, they were a hit."

After she graduated, in 2009, a conversation with a pastry chef at a food show spurred Lang to start her own business, Garden Creamery. She used local ingredients to make vegan, agave-sweetened sorbets to sell at grocery stores. "I was totally focused on organic."

But soon the Hawaii native found her island childhood influencing her work. "I grew up eating shaved ice, and as a kid I gravitated toward cutesy, colorful foods," says Lang. "When I began experimenting with semifreddo ice pops, I'd give them an Oahu-inspired twist-- I dipped them in everything from sprinkles to cereal to Pop Rocks. It was nostalgic and a lot more fun." She added pops to her menu, and in 2013, she bought a truck (called Sugar Bear) and took Garden Creamery on the road. Her repertoire soon expanded to include ice cream made with organic dairy.

Lang now travels the Bay Area selling her kooky creations, like bright orange Thai tea sorbet pops dipped in chocolate; strawberry mousse covered in white chocolate and dotted with pretzel bites and the Crunch Daddy, peanut butter mousse sandwiched between two cocoa Rice Krispies Treats half coated in artisanal milk chocolate. Her decadent desserts are in demand for weddings and birthday parties, and the truck can be spotted on the campuses of tech companies like Google, Yahoo and Fitbit. Lang hopes to eventually open a storefront, but for now she's content churning out confections on wheels. "I love watching people taste something I've made," she says. "It's impossible to not be happy when you're eating an ice pop."

PHOTO GALLERY
Desserts You Cannot Screw Up
Download
Calling all HuffPost superfans!
Sign up for membership to become a founding member and help shape HuffPost's next chapter
Join HuffPost 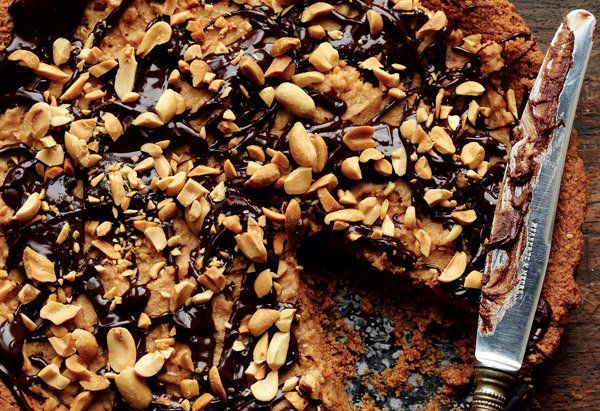 1 / 6
A Pie That Actually Turns Out Just Like The One In The Picture
There is nothing perfect-looking about this insanely good chocolate-peanut butter pie from <em><a href="http://www.amazon.com/This-Cookbook-Recipes-Real-Life/dp/1616282142?tag=thehuffingtop-20" target="_blank">This Is a Cookbook: Recipes for Real Life</a></em> -- which is why we love it so much. The crust is just crushed graham crackers. The filling is peanut butter and cream cheese. The top: chocolate sauce and salted peanuts. You're welcome. <strong>Get the recipe: <a href="http://www.oprah.com/food/Chocolate-Peanut-Butter-Pie-Recipe" target="_blank">Chocolate Peanut Butter Pie</a></strong>
This Is a Cookbook