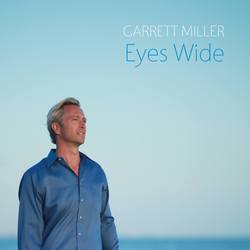 Garrett Miller's Rated G Radio is burning up the airwaves every weeknight, covering the latest in news, entertainment, and culture, culminating in a Friday night dance party. In addition, he'll be joining Lance Bass for a day as co-host of Dirty Pop on Sirius XM OutQ 109 on Tuesday, February 18th from 3:00-5:00 PST. I had the pleasure of being interviewed by Miller when my new book, Gifts Not Yet Given, was released, and meeting him later in person, I was struck by the drive he's shown in ensuring his dreams come to fruition. Not only is he active with his radio show, but Garrett is also a singer, with a new song, "Eyes Wide", and accompanying EP. Just a year ago, however, he had none of these and was on a completely different life path. Graciously, Garrett agreed to chat about his radio show, singing career, and what led him to change course at this point in his life.

Kergan Edwards-Stout: Garrett, thanks so much for making time to catch up. We first met when you interviewed me for your Rated G Radio, and it's fun to be on the other side of the interview for a change!

Garrett Miller: It's always a fun show when I get guests who are passionate about their dreams, as you are! Plus, you've got a great story to share and I know the listeners thought you were terrific, too.

Edwards-Stout: Garrett, how long have you been doing your show and what was its inspiration? 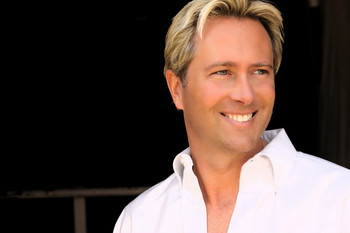 Miller: I've been doing radio for about a year and a half. I'd always wanted to do it, but continually found many reasons -- excuses, really -- why I couldn't. Then one day I woke up and thought, "Well, why not!?!" So I just threw it out there... I posted it on Facebook, I'd ask people, "Do you know how I can get my own radio show?" The show itself was less important to me than in actually making it happen.

Miller: I eventually reconnected with a client I'd worked with, Rebecca Fisk, who is a psychic. She blurted out, "Hey, I'm going to do a radio show down in Laguna Beach in May..." I said, "I've always wanted to host a radio show..." To which she immediately said, "You're going to be the host!"

Miller: We ended up doing "The Garrett & Rebecca Show," until we both went solo at the end of 2012.

Miller: Rated G Radio is an hour-long Monday-Thursday talk show, culminating with a 2-hour Friday Night Dance Party. I take live calls, chat on Facebook, and it's a fun, interactive experience. I get to talk to a wide array of special guests ranging from authors such as yourself, to musicians, actors, singers, artists, employment experts, and animal rights activists from around the country. One of my favorite shows recently had Nic Adenau, LGBT activist, who was sharing his www.LGBT20.com campaign.

Edwards-Stout: Had you always wanted your own radio show?

Miller: I was motivated after listening to Sirius XM Out Q 109 everyday in my car. When I turn on Out Q and hear programming for the LGBT community--everyone from Larry Flick, Frank DeCaro, The Focus Group with Tim Bennett & John Nash, Lance Bass--

Edwards-Stout: --who you'll meet when you co-host his show on February 18th!

Miller: How cool is that, right?!? He, and Derek & Romaine and all those guys--their voices were in my car 5 days a week, 52 weeks a year. Even if they were replays, I wanted to hear them again and again.

Edwards-Stout: And you're also a singer.

Miller: I'm still wrapping my head around this concept of "Garrett Miller: Singer." I mean, I grew up in the 80's listening to great singers like George Michael, Bruce Springsteen, Elton John, Billy Ocean, Phil Collins... Fast forward to 2012 and there I was, deciding to sing a theme song for my radio show. Why? Because Kathy Griffin did it for her talk show, and I figured if Kathy could sing her theme song, I wanted to sing one too! That's honestly how my singing started. I connected with producer Brian Pothier, and we ended up recording four songs for an EP, Eyes Wide.

Miller: Talk about doors opening up! When the album was released, it started to get some traction and before I knew it, I was connected with Alessandro who's done remixes for Mylie Cyrus, Swedish House Mafia and tons of others. I checked out his work on YouTube and loved everything I heard. So I sent him the vocal tracks and he worked his magic on it. I just got the final mix back and it is totally the type of song I'd dance all night to at the clubs.

Edwards-Stout: You're very vocal about your advocacy for LGBT rights.

Miller: I believe LGBT rights are human rights, not special rights. We live in a world today where we now have people coming out every day and more and more it's like no big deal. The way it should be. It might get a mention for a morning news show or a brief mention on Entertainment Tonight, but that's it. I'm thrilled that's the direction we're headed in. I've had LGBT artists and advocates on my show and giving them an opportunity to showcase their passion projects is something I love doing. Our community is filled with so many talented people. Helping give them a voice to be heard continues to be something I will search out and support.

Edwards-Stout: Where did you grow up? 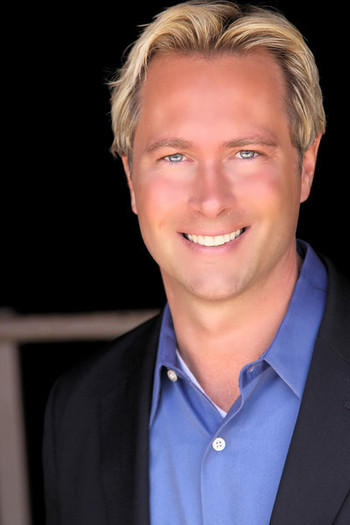 Miller: I grew up in Salem, Oregon. We lived in a nice middle class neighborhood. Looking back I think I lived a very sheltered life in that I didn't have friends who drank, smoked, took drugs, were stoners or other things people seemed to see in the movies. I probably was just naïve. In my mind, I lived the closest thing to Leave It To Beaver you could find.

Edwards-Stout: In addition to your singing and radio show, you have so many other interests... Where would you like to see yourself in 10 years?

Miller: You know, I spent the first half of my life doing what I thought I should do... 2013 was the year I committed to myself to doing what I wanted to do, which led to the radio show, writing music, making videos... These kind of bucket list items -- things I thought were pipe dreams -- I'm doing them now. Every day I do a little more of something of what I love to do... I'm writing a book about this year's experiences, as well as a short film loosely based on my song, Fog. I would love to have a talk show along the lines of Chelsea Handler. I'm open to the possibilities. And I want to make them happen. 10 years from now I won't even recognize the life I have today - I mean, I think I'm going to be in a completely different world - in amazing ways that I can't even fathom.

Originally posted on KerganEdwards-Stout.com. Kergan Edwards-Stout's debut novel, Songs for the New Depression, won the Next Generation Indie Book Award and his new collection, Gifts Not Yet Given, landed on multiple Best Books of the Year lists .