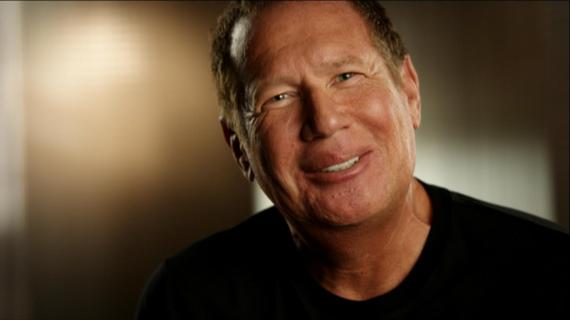 I have no adequate words to express the huge sorrow I feel on the passing of Garry Shandling. He had not looked well the last time we met at a party a few weeks back on Christmas night at the home of a mutual pal. But he was just as droll as ever.

And of course in the way that one does -- I just expected him to be with us another 25 years or so...

What a massive loss to his fans and his friends.

He was always tickled knowing that one of his early heroes -- the legendary British comic Peter Cook -- was a big fan of his It's Garry Shandling's Show. I recall that Peter once delayed a script meeting he and I were due to have with HBO in NYC just so Peter could have an extra day in L.A. to hang with Garry. Genius knew genius...

Just like Peter, Garry was as funny off-stage as he was on it.

Here's one random sample of Garry's wit from just a few months ago.

There were news stories that appeared last summer enlightening people that Bernie Sanders had an elder brother who rejoiced in the name of "Larry Sanders."

It was the sort of silly tidbit that I occasionally shared with Garry. So I shot him an email with a link to one of the news stories about the other Larry Sanders.

And 20 minutes later Garry responded with one of his trademark droll comments.

Trying to find some comfort in this very sad news -- I guess Garry and Peter now have more time to hang out together... 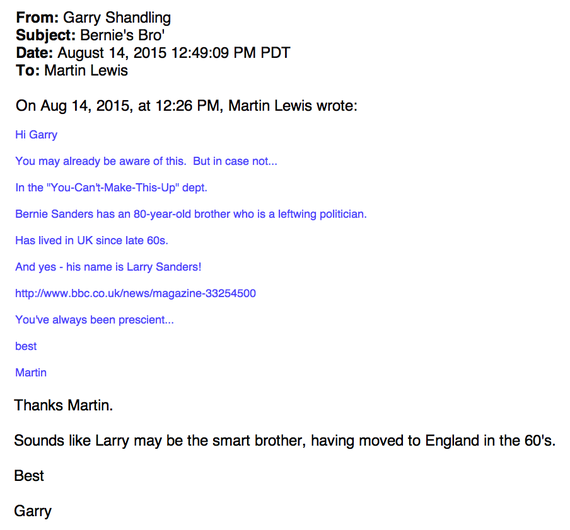