Whether you're excitedly planning on seeing "Ghost Rider: Spirit of Vengeance" this weekend or scoffing at the absurdity of paying to watch Nic Cage urinate fire (in 3D), there's an ugly publicity battle going on behind-the-scenes between the Disney corporation and a 68-year-old former comic book writer in ill health. It concerns the complicated field of U.S. Copyright Law and is a clear example of the lack of ethics that exist in both the comic book industry, an artform that touts its super-heroics and moral inspiration, and the Walt Disney Company.

Gary Friedrich, former writer for Marvel Comics has been involved in a long dispute over his claim as the creator of "Ghost Rider," the motorcycle-riding, flaming-skullhead monster that made a worldwide gross of $228 million when Sony Pictures adapted the character for the big screen in 2007. He brought a lawsuit toward Marvel, in an attempt to get royalties he felt he was due. After a protracted legal battle -- during which Marvel became under the employ of the Disney Corporation and its massive defense team -- the court has settled the dispute and Friedrich now finds himself owing the billion-dollar media empire more money than he has.

The Facts of the Case
Friedrich claims that he developed the character independently in 1968, and sold it to Marvel for publication, writing the first appearances of the character in 1972. However, according to Friedrich's legal team, Marvel failed to register "Ghost Rider" with the U.S. Copyright Office, and as such, the copyrights returned to him in 2001. Friedrich filed suit with the company when the first movie came out to obtain royalties he felt belonged to him; during that time he sold "Ghost Rider" merchandise at comic book conventions, with the reasoning that it was his property to exploit.

The case was finally resolved in December of 2011, with the court ruling that when Friedrich endorsed his paychecks for the freelance writing gig, he was consenting to handing over the ownership of the character to Marvel. At that time, Marvel's regular practice was to include copyright language on the paycheck -- meaning you had to hand over the copyrights when it was time to get paid. Marvel, now backed by Disney, countersued Friedrich for selling unlicensed merchandise of their property, and last week, Marvel/Disney (let's call them Misney) agreed to drop the suit if Friedrich pays $17,000.

Currently Friedrich is unemployed and suffering from various health ailments. Many writers and artists in the comic community have rallied to set up a donation plan for him to help fight his legal fees, hoping that some of the people who are going to pay to $17 to see a 3D screening of "Ghost Rider" this weekend, are willing to set aside a few dollars toward one of the people who actually made the movie possible.

(And if you feel so inclined to donate a few dollars, do it HERE.)

Now there are a couple of important details to take into consideration: 1.) Friedrich's level of complete ownership is disputed by both "Ghost Rider" artist Mike Ploog and editor Roy Thomas. Unfortunately, there aren't accurate records from forty years ago, so it's a mater of hearsay. However, no one disputes that Friedrich is at least co-creator. 2.) Selling merchandise before the copyright case was settled was not a wise move, and was going to provoke the ire of the big corporation. 3.) Misney had every right to counter-sue to protect their property.

Here's Why Marvel and Disney Are the Villains
Because they're making an example out of Gary Friedrich to scare away generations of comic creators from attempting to fight for a share of profits from the work they provided. In this case, a cease-and-desist would have been enough to prevent Friedrich from stepping out of bounds moving forward. Whether you side with Friedrich's specific claim or not, it's indicative of unfair business practices that have plagued the comics industry since the first appearance of Superman. Comic companies want to scare away men -- now reaching their retirement age -- from trying to collect on work they did as freelancers. That work now generates millions of dollars of revenue in movie sales and merchandising.

Misney are hypocrites because they present themselves as a "universe of heroes." They're not. They're a brand of merchandise. Marvel is a brand like Ed Hardy or Hasbro or McDonald's are a brand. It's not about artistic integrity. Misney want you to buy their Ghost Rider comics, buy their Ghost Rider action figures, buy their Ghost Rider Slurpee cups, buy their Ghost Rider t-shirt and buy their Ghost Rider video games. They don't care about your loyalty to the character, they care about your dependence as a consumer. They don't care if you defend them or not; they merely want you to buy their stuff and look the other way while they drive competitors out of business (the competitor in this case is: the co-creator of the new toy they're trying to sell you, 68 years old, struggling to make ends meet and foolishly signed a contract 40 years ago that never accounted for new forms of media presentation like a movie.) Comic companies like Marvel and DC display no ethical responsibilities to the creators who are generating the content they are trying to sell to Hollywood. And to be fair, that's their prerogative. We shouldn't be shocked at a corporation's inhumanity because corporations aren't people; with the national focus on the depressed economy, people should know by now that it's up to the audience (as voters, consumers, etc.) to change a system they think is fundamentally broken or willingly accept working under a system where the only aim can be staying on a corporation's good side.

The History of Comic Creators Getting Screwed
It wasn't until relatively recently that contracts in the comic book industry became reasonably professional. Movie royalties were never a consideration for many years because comic book movies were never a thing that seemed possible. So there are decades worth of bad business deals where artists and writers had no leverage. Whether you're a fan of the original comics or have come to discover Batman and the Avengers through their massive box office success, there's a responsibility to be aware of the complicated and unethical history of the men who gave you Superman, Captain America and many more. Check out the gallery below to learn about the financial troubles of comic pioneers.

PHOTO GALLERY
Comic Creators That Have Been Screwed Over
Download
Calling all HuffPost superfans!
Sign up for membership to become a founding member and help shape HuffPost's next chapter
Join HuffPost

Gary Friedrich, 'Ghost Rider' Creator Bankrupted By Marvel & Disney
Comic Creators That Have Been Screwed Over 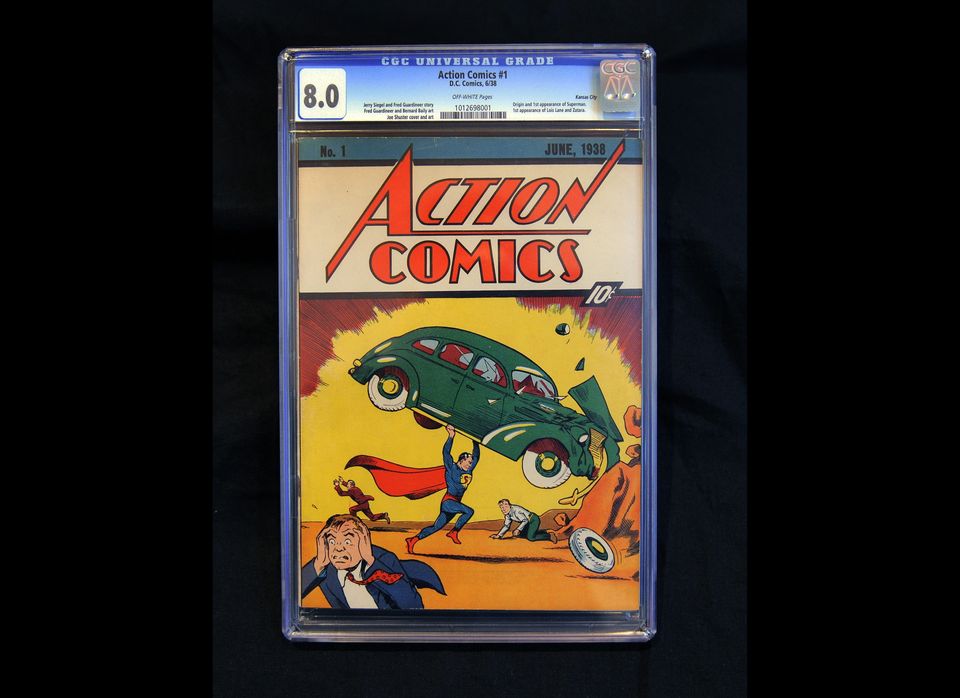 1 / 23
Warner Bros. Fires Superman Creators, Leaves Them Penniless
Artist Joe Schuster and writer Jerry Siegel began collaborating as high-schoolers, developing an early form of the iconic Superman in a 1933 sci-fi pulp magazine. After spending six years trying to get the character published again,<a href="http://www.comicsalliance.com/2011/10/25/superman-check-jerry-siegel-joe-shuster-dc-comics/" target="_hplink"> <u>it was finally purchased by DC Comics (then National Comics) for $130 and published in <em>Action Comics #1</em></u></a></u>. The publisher later claimed copyright ownership and refused to offer Siegel and Schuster additional royalties; the pair filed a lawsuit but it was settled out of court when the judge ruled in favor of DC. The creators were fired and had their credit removed from all Superman publications.
AFP / Getty Images