NATIONAL HARBOR, MARYLAND -- Typically, when a politician meets a reporter for an interview, decorum dictates that said politician offer up a bland pleasantry to break the ice. "Thanks for spending time with us!" or "Try to keep up!" are standard.

"So you drew the short straw? Some reporter always does."

Johnson is a friendly, kinetic presence, but he isn't exactly the brightest star in the political universe right now, a fact he'll readily concede and even point out. Like much of the Libertarian Party, he finds himself in a precarious position heading into 2016. On the one hand, his laissez-faire platform has never been more popular, with the public increasingly skeptical about developments like the war on drugs, the militarization of America's police departments and an increasingly intrusive regime of government surveillance.

On the other hand, his policy agenda is being partially appropriated by both of America's dominant political parties, and the popularity and likely presidential campaign of libertarian-leaning Sen. Rand Paul (R-Kentucky) has only served to further diminish the Libertarians' standing.

I encounter Johnson as he's manning the booth of his advocacy organization, Our America Initiative, talking with supporters and catching knowing glances from passers-by. Where most prominent politicians would never deign to be seen very long in the deepest, most zoo-like bowels of CPAC, Johnson is happily holding court. Indeed, it feels at times that Johnson is no more a sideshow than The Weekly Standard's photo booth or the gentleman nearby dressed as Captain America.

When an aide tries to interject some optimism by pointing out that Johnson finished third place in CPAC's 2011 straw poll of presidential candidates, Johnson, who governed New Mexico from 1995 to 2003 and turned 61 this year, offers a characteristic retort.

"Yeah, you can see where that got me."

Despite his less-than-hopeful outlook on his own political standing, Johnson remains cautiously optimistic about the effects of Paul's success.

"If Rand Paul wins the nomination, that'd be terrific," he tells me. "If he were to prevail he'd be the best Republican nominee in a long time." His enthusiasm for the GOP field, however, ends at Paul. "Based on the current crop, I'd vote for the Libertarian candidate," he says.

But Johnson still sees a lot of daylight between him and Paul on issues like marriage equality, reproductive rights, drug reform, foreign policy and immigration reform, and makes no attempt to hide it.

"He's a social conservative and I'm not," Johnson says. "I think he's toeing a fine line on the whole military intervention thing" -- a reference to Paul's efforts to soften his image as an isolationist.

"I call it punting. His dad [former congressman and presidential candidate Ron Paul (R-Texas)] punted, too. They punt on drug policy, they punt on marriage equality."

That said, Johnson, who says he is still hasn't decided whether to seek the Libertarian Party's nomination in 2016, is somewhat agnostic about the daunting prospect of another nationwide campaign. He hates it. I mean, he really hates it.

"When I ran in 2012, 90 percent of what I did ended up being wasted time. I must have spent three months on Internet radio talking to people who I envision were guys in their mid-40s and the only people listening were their parents in the room upstairs."

He adds that not all Internet radio hosts live in their parents' basement, before continuing, "I'm a horrible fundraiser and I must have spent months on the phone talking to people. I like talking to people but I never get around to raising any money. I just can't ask for money. It's not in my marrow."

"You can't meet everybody," he says. "You can't stand somewhere for hours on end because it's just draining."

But it's not all that bad. Events like CPAC offer Johnson the opportunity to mingle with a largely receptive audience. Even supporters of other candidates come and pay Johnson respect -- seeking a sort of absolution from the current high priest of libertarianism. A woman wearing a Ted Cruz sticker asks Johnson about his views on disability policy. She tells him about her condition, which causes her to experience seizures regularly.

One man wearing a Rand Paul sticker approaches and urges Johnson to get in the race to keep things competitive. A group of college-aged men profess their admiration. "You were such an inspiration to me!" says one. Another man, in a cowboy hat and a shirt that reads "COPS SAY LEGALIZE POT ASK ME WHY" is an old acquaintance who briefly catches up with Johnson.

"For me right now, this does not suck," Johnson says. "So this go around, if I end up doing it, it's not going to suck!"

"Although I might discover new kinds of suck," he adds with a laugh. "But I won't relive the old kinds of suck."

One of the biggest obstacles Johnson sees is being admitted to the presidential debates -- he was excluded from most of the GOP primary debates in 2012 before he switched to run as a Libertarian, and even then was excluded from the general election debates. In his view, a feedback loop emerges when pollsters and debate organizers exclude third-party candidates, thereby diminishing their stature with the electorate.

Although being in the debates would have its pitfalls, too.

But far from being bummed about his semi-obscure place in the political zeitgeist -- or his .9 percent showing in the 2012 presidential election -- Johnson couldn't be enjoying life more. That's not surprising, as his life is almost certainly better than yours or mine.

He engages himself in a number of different passion projects. In addition to the Our America Initiative, he's the CEO of Cannabis Sativa, a $100 million market cap marijuana company (ticker symbol HI -- get it?), which he insists on numerous occasions will "survive 100 years from now." The Coca-Cola of weed, if you will.

But easily the most envy-inducing parts of Johnson's existence are his outdoor hobbies, which he pursues with great relish from his home in Taos, New Mexico. He recently ascended the "Seven Summits" -- the highest points on each continent -- when he climbed Mount Vinson in Antarctica. More recently, he competed in a race on Al's Run, a notoriously treacherous slope in Taos Ski Valley, finishing third behind a 31- and 21-year-old.

But mostly, as the governor puts it, he just "skis and hangs out."

And while most serious politicians would spend the rest of their lives chasing after more favorable election results, Johnson's joie de vivre helps him have the perspective to be content with the fact that 1 million people wanted him to be the most powerful person in the world.

"There's no itch," Johnson says flat-out when asked if he ever misses elected office. "I don't feel an itch."

"It's the right thing to do [running for president]. If anyone else were doing this, I'd be back home. I love my life."

Later, during a debate over drug legalization between Johnson and former Congresswoman Ann Marie Buerkle, Johnson fakes a heart attack and falls over on the stage to illustrate his opinion of Buerkle's anti-drug arguments.

“You know, I think the governor has had great fun with his humor," Buerkle, now a commissioner on the U.S. Consumer Product Safety Commission, says. “It’s not funny. It is something that we as Americans have to pay attention to.”

Johnson is having great fun, which raises the question: Why on earth would he want to be president? 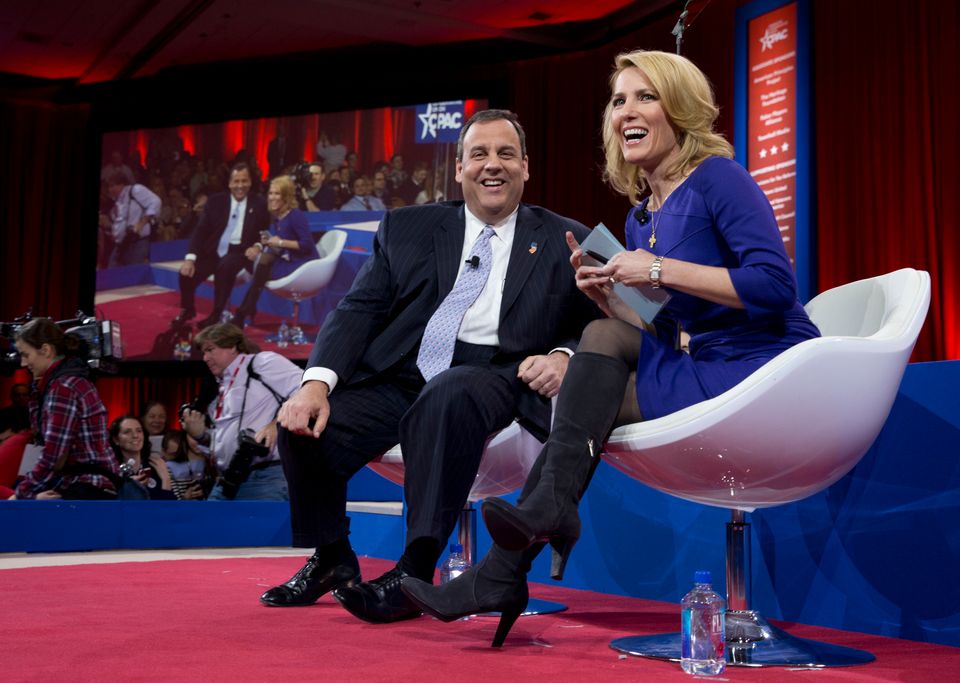