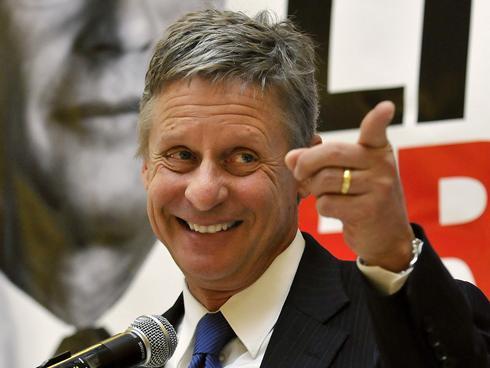 Wednesday night at the Republican National Conventionm Senator Ted Cruz reached a level of political courage which I had never seen him reach before. After being insulted and berated constantly, having his wife called ugly and having his father implicated in the Kennedy assassination by Donald Trump, he finally stood up to the great bully and humiliated him on national television. Cruz dared to ask Republicans to vote their conscience and the crowd booed him. I guess voting your conscience is a radical idea in the Republican Party now. All of the reasonable Republicans who reject Trump like Mitt Romney, the Bush family, George Will and, yes, even Ted Cruz will be remembered well by history. However, the question remains: what are reasonable Republicans to do in the general election? Allow me to suggest a course of action.

If you are a reasonable Republican and are wondering what to do in the face of the choice of voting for either Donald Trump or Hillary Clinton in the general election, I present to you a third way: vote for Governor Gary Johnson, the Libertarian Party's candidate for president. As a Libertarian Democrat I would be remiss in my duties of promoting the benefits of libertarianism if I did not find a way to recommend to you the option of voting for the governor. While currently polling at an average of 9 percent nationally, Johnson is running second among Millennials at 22 percent (Clinton leads at 47 percent and Trump is third at 21 percent) and first among active duty soldiers. And, if the nation gets a chance to hear more about the governor I am sure his popularity will increase.

As Johnson put it himself to the Chicago Tribune: "Most people are libertarian. They just don't know it." If you describe yourself politically as fiscally conservative and socially liberal, then you could be one of the people the governor is talking about. In fact, a lot of people fit that mold and my own realization that I did too is what led me to be a libertarian myself. Libertarian concepts have grown to be very popular in the current space of political ideas. Who did Democratic Senator Cory Booker look to partner with when he wanted to tackle mass incarceration? He turned to libertarian favorite Senator Rand Paul. And, who was the other anti-war candidate in the 2008 election who was wildly popular among young people? Libertarian stalwart Congressman Ron Paul.

Gary Johnson served for two terms as governor of New Mexico where he earned a reputation as a problem solver and fiscal conservative -- cutting taxes enough to earn good grades from the Cato Institute. He also favors abortion rights and expanding charter schools. He believes in ending the war on drugs as well as legalizing marijuana. He believes in criminal justice reform. He does not deny climate change. And, he would not have intervened militarily in Iraq, Syria or Libya. These are beliefs that many of us share. So, if Donald Trump, Hillary Clinton and Jill Stein do not satiate your political appetite, maybe Gary Johnson will.

Johnson will need to pull his numbers up to an average of 15 percent nationally to make the debates and have a real impact on the race. A swing of reasonable Republicans from Trump and undecided to Johnson would push him over the edge. He can not rely on mainstream media coverage to bump him up in the polls, but like any good trend, Johnson's appeal can be spread via word of mouth. So, reasonable Republicans, start telling your reasonable friends that they should look into Johnson. He is the option in the race that will allow you to avoid pulling the lever for known xenophobe, racist and islamaphobe Donald Trump or compromising your political ideology by voting for a Democrat like Clinton.

The Republican Party no longer exists as it once did. By choosing to nominate Trump, it has abandoned its status as the party of Lincoln and now is the party of off the wall conspiracy theorists. As Johnson pointed out in Politico, the Republican Party "is on its way to becoming like the Whigs" -- divided and fading into obscurity. Reasonable Republicans do not have to march over the cliff like lemmings behind Trump. This year cast your vote for the Libertarian candidate for president and send a clear message to the tin foil hat crowd that their brand of Republicanism will not be tolerated.