He turned a book for young readers into one of the biggest movies of the year. And now, in a reversal of roles, The Hunger Games director Gary Ross is an author himself.

The acclaimed screenwriter, director, and producer has just released his first children's book, called Bartholomew Biddle and the Very Big Wind. The 96-page book -- written entirely in verse -- tells the story of a brave boy who loves to fly, and who has an enormous heart and an eager appetite for all that life has to offer.

For his work on the big screen, Ross has been nominated for four Academy Awards. His films include Big, Dave, Pleasantville, Seabiscuit, and The Tale of Despereaux.

I recently had a chance to chat with Ross about his first children's book, and his thoughts on writing, directing and the importance of libraries. Below is an edited version of our conversation. 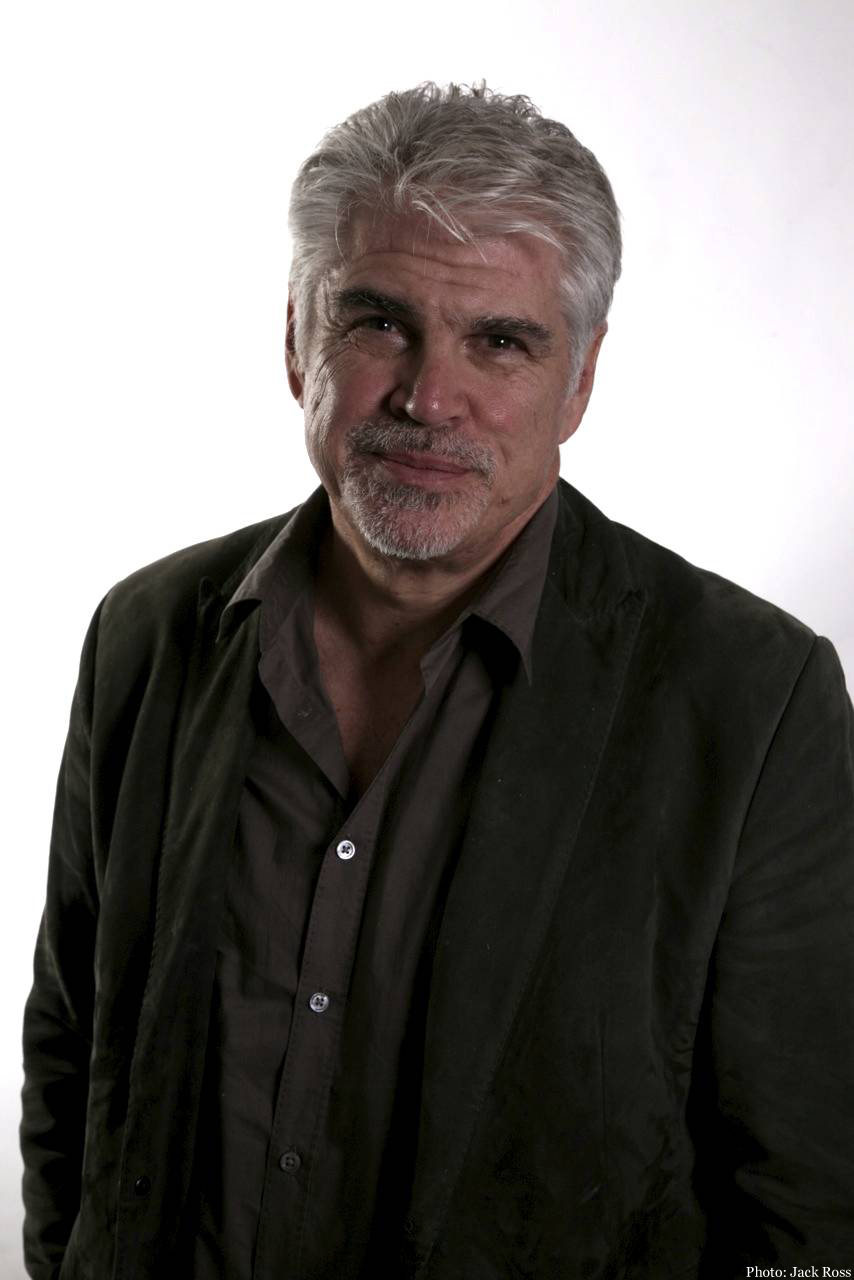 Earl: Congratulations on your first children's book, Bartholomew Biddle and the Very Big Wind. Tell us about the book. What prompted you to write it? How long did it take you to complete? And why did you choose to write it entirely in verse?

Gary: It sort of evolved. A friend had asked me to write just a little snippet of a story for a movie that he was doing. He was very enticing -- he said, "Well, I need it by tomorrow and I can't pay you anything." And I said, "That sounds perfect!" And then I called him back and told him I would do it if it can rhyme. I've always loved to rhyme. I've rhymed since I was young, and it was just something that sounded like fun.

So, I did it and then over the years, people occasionally would post on the Internet wondering where they could buy this book, which of course didn't exist. It was something that had been created for the movie. But I liked the story and as time went on, I added a little bit here and there. My kids were growing up at the time so I would write little snippets of it and read it to them. And then it started to grow.

About three or four years ago, I was working on an animated kid's movie called The Tale of Despereaux and that was published by Candlewick Press and I met the people there. I got to know the publisher and she asked me if I would ever want to write a children's book. I told her that I had actually written a little something. I showed her what I had and she got very excited about it.

Earl: What did you read as a child? And what kind of books do you read today? To be a good director, does one need to be an avid reader?

Gary: I read so many different kinds of books as a kid, all of the obvious stuff from Dr. Seuss to Arabian Nights. And then as I grew up, I developed a taste for literature. I can remember Huckleberry Finn being a really important book for me when I was growing up. And as I got exposed to a wider and wider world, my tastes expanded.

Today, I tend to read a pretty healthy mix of fiction and nonfiction. It's great having kids because I read a lot of the fiction that they're reading. I recently read Dorian Gray when they were reading it and a couple of years ago I read East of Eden, which I had never read. It had just been a gap in my literary growth, I guess. It's one of my favorite American novels. I was just completely immersed in it. That's the nice thing about having high school aged kids -- you get exposed to the literature they get assigned.

I also read a lot of American History. I went through a period for a while where I got very, very interested in the period after the Civil War Reconstruction. And I've always read poetry. Often times when I'm writing, it's very hard to tear into a novel or read a lot of fiction but you can always read a great poem and read the criticism of a great poem.

Earl: As a director, how do you transfer the integrity of a book into a movie? What kind of responsibility does that come with?

Gary: I think the first thing is to not to be completely literal but to understand what the essence is, to ask "What is the reader really connecting to in it?" It's one thing to be factual but that can become lifeless if you don't really understand the essence of what's being communicated.

For example, in The Hunger Games, there was such an intimate relationship between the reader and the narrator, it's written in first person present. And there's such a vivid portrait of this girl that I thought the first thing to do was to give the audience the same first person urgent experience and to get inside her head as completely as we could. And then I felt that if I understood that and achieved that, then everything would flow from that. That was really the first responsibility.

It's understanding what the essence is, internalizing it for yourself, making it your own, and then telling the story as if it's yours. If you don't have that kind of subjectivity or if you're not trying to express something through it then you're going to end up with a lifeless document. You can be completely faithful to the thing you're adapting but you wouldn't ultimately do it justice because you're just sort of regurgitating it instead of owning it, understanding it, completely assuming it, and then giving it back as a story.

Earl: Movies like The Hunger Games and Harry Potter have been instrumental in getting so many children and adults to read the books after seeing the film. How do you feel knowing that your movie has helped create a new generation of readers?

Gary: I think movies do play a valuable role in turning people onto the act of reading. I think that phenomenon just creates readers. At first they're going to love Harry Potter, or they may love The Hunger Games but after that, they're going to love the act of reading and wonder "What else can I read?" And from that I think, one graduates into different kinds of literature and develops more eclectic tastes. If movies can really be a portal to the book, and to getting kids to read and turning into readers who develop a wide breadth of what they read, then that's just wonderful.

Earl: Your twins are now 17. What kind of reading of rituals did you have in your home when they were younger? What were their favorite children's books? Are they big readers now?

Gary: They've always been readers. They were pretty avid readers when they were young. When they were younger, one of the things we did was read with them. Not necessarily what they were reading but just the act of reading in the same room while they're reading. It's really important for parents to model that behavior. You can't tell your kids to read if you're just watching television. They have to see you read. And in that respect, I think it's important to walk the walk. It's a wonderful shared time.

As far as rituals go that was a really important one, and then obviously what most parents do --
read to their kids at night and have that shared time. My kids are almost grown now. My advice is to treasure that time because it's very, very fleeting. As time goes by the memories of sitting on the edge of a bed and reading aloud with your kid are going to be very meaningful in your own mental scrapbook.

Earl: Which is more challenging -- writing or directing?

Gary: They're challenging in different ways. In directing there's a lot of external pressure. There's a lot of preparation, you're responsible for a tremendous amount of people in a very large organization. There's a lot of time pressure. You're catching something fleeting in an instant and yet you have to be spontaneous and stay open to it at the same time. It's not the pressure one puts on oneself alone, the solitary pressure of writing.

I love them both and I think they're a different kind of pressure but they're also a different kind of satisfaction. One is a very solitary endeavor between you and yourself and there's something kind of wonderful and meditative about that. And yet there is something wonderful about being part of a larger collective, when you make a movie. You're kind of the captain of the ship and you're marshaling the talents of a lot of people in service of hopefully a singular vision. I find that when I'm doing one, I always miss the other.

Gary: I may. I like writing for kids a lot and it was very satisfying. One thing I've thought about doing is to write a history of the civil war era for children so they can understand a lot of the moral questions involved. Sometimes when one examines or articulates history for children, it forces a kind of simplicity of thought that makes it easier to understand the history. That's something I'd be interested in doing.

Earl: Among your charitable work, you have served as president of the Board of Commissioners for the Los Angeles Public Library. Why are you a supporter of libraries? What can they offer children and families across the country?

Gary: Working for the library was one of the most rewarding things I've done in my life. I was drawn to it because the library is such a wonderful institution and has so much potential for effecting positive social change. It's the only cultural institution where people can go and experience an autonomous personal transformation. It's a place where you can literally change yourself. It's a place where if you're cut off and have lived a more isolated existence, you can have a portal to the world. It's the only institution that's in every neighborhood and is there for intellectual enrichment.

If there's a 13- or 14-year old kid who is yearning for something beyond the social forces in his own world, in his own neighborhood, the library is the only place where he can go to find that. It was exciting and thrilling to me all the time I worked in the library. It's such a force for social good and it can do so much.