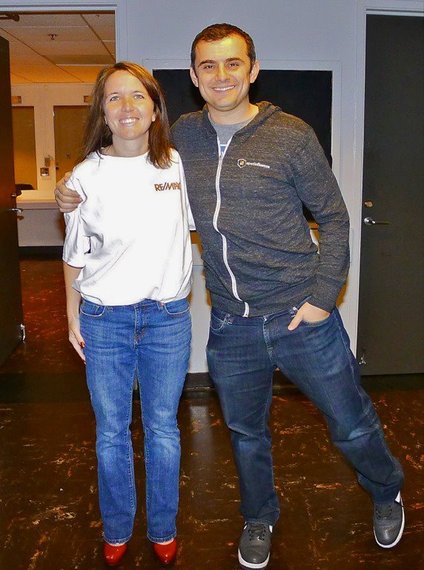 If you are a business leader, wine enthusiast, or techie, you know Gary Vaynerchuk. He is success, raw. There's no pretension when it comes to Gary, nor a filter. If you ask him a question, he answers it almost before the entire question is out of your mouth. Today I had the rare opportunity to go one-on-one with this creator of fine books, social media aficionado, and empire builder extraordinaire as he offered his own unique perspective on building an insanely great business. This is Gary Vaynerchuk unplugged:

Predicting Talent is Impossible: Testing talent is not. Vaynerchuk is no rookie when it comes to hiring employees. He has built numerous empires including Wine Library and Vayner Media. Since building colossal empires requires lots of talented people carrying out the vision of the gifted leaders, I wanted to know, first and foremost, how Gary weeds out the talented job candidates from the untalented ones. His answer surprised me. Gary says you will never know if a potential employee is talented until you hire him or her. It comes down to hiring the ones you think make the best match. Then observe. Then retain or fire them. The talented ones get the opportunity to come back to work tomorrow.

Saying Yes is More Important Than Saying No: In my recent article Yes is for Cowards, I laid out a strong case as to why it's impossible to achieve your goals when you always say yes, because by saying yes, you are always working toward someone else's agenda, not your own. Vaynerchuk says the opposite is true. He still believes that accommodating as many people and requests as possible offers people leverage. He acknowledges that there are some decisions in life that necessarily create constraints on time. For example, his family is number one on his priority list. If his time is needed when he's already committed to a family vacation, the necessary answer is no. He otherwise does his best to say yes whenever possible. Gary noted that when you do your best to help others when they ask for it, you create a "rainy day" fund of people who would help you if you ever need it.

No Twitter, No YouTube, No Gary: Would Gary Vaynerchuk be this uber-successful business dynamo if social networking hadn't come along when it did? According to Gary, NO. He acknowledges he would have ended up successful in his career no matter what, because he's driven to work hard, and he's passionate. However without YouTube or Twitter, it would be a different kind of success. More low-key, fly under the radar, kind of success. "Like maybe I would have just owned 700 liquor stores around the country," kind of success. "It would have been much harder, and different," says Vanyernchuk. The lesson for business leaders reading this? Gary V admits he would not be where he is today without social media. The lesson for you: Are you not where you should be simply because you choose not to embrace Facebook, Twitter, Youtube, or blogging for your business?

Give, Give, Give, Then Give Some More: Vaynerchuk is extremely giving of his time. A highly sought after speaker, spending much of his time traveling around the world, sharing his insight. He's always on the road. He never stops engaging with his followers, as evidenced by the strings of conversations he has with thousands of people on Twitter. Everyone wants a piece of this business mogul. I asked Gary if he ever just says enough is enough and shuts off the spout of giving. "Never." Gary said that once you make the decision to do something great, there's no choice but to give, give, give. If you aren't willing to give of yourself, go home.

He's Cool With Never Owning the NY Jets: YES, I heard him say this with my own ears when I offered Gary a few words of wisdom, completely unsolicited. I told him that if he keeps on announcing to the world his intentions of owning the New York Jets, he's going to over-pay big-time when the time comes. Sales 101, right? Don't let the other side see your hand! Gary said that at the end of the day, he's "ok" with never owning the New York Jets. However, he's going to try like hell. He said the only thing worse than never accomplishing your dream, is never going for it with everything you've got.