White supremacist Richard Spencer came off looking like a supreme idiot during an interview with a black British journalist.

Gary Younge, editor-at-large for The Guardian, interviewed Spencer for “Angry, White And American,” a documentary airing Thursday night on the British network Channel 4.

In the clip below, Younge makes no secret that he is conflicted about interviewing the white supremacist, and considers the term “alt-right” to be just “a new word for fascism.”

However, he chose to talk with Spencer as Spencer and people like him “credit themselves with providing the intellectual underpinnings for the Trump revolution.”

Younge interviewed Spencer in Mississippi in a car park, surrounded by what he described in an article for the Guardian as “an entourage of adoring bigots.”

Spencer, who appeared surprised to discover his interviewer was a black man, attempted to justify why “Africans have benefited from their experience with white supremacy.”

Younge: “So slavery was good for them?”

Spencer: “Look, they benefited from being in a different nation than their own. No doubt. How can you deny that.”

Younge: “It’s such a ridiculous notion that people forcibly removed from their homes and taken to this country to work for nothing for a couple of centuries ― and that benefited them?”

The topic later turned to Trump, who Spencer said didn’t share his “ideal of the ethno-state” but did “feel some sense of loss that we are losing our nations, here in the United States, in Britain [and] across the world.”

Younge did not agree, saying, “I’m not losing my nation. I’m British.”

Spencer then tried to shade the truth by claiming, “Of course you’re not losing your nation because you’re winning the demographic battle.”

“Why am I winning?” Younge said. “I’m living in the place of my birth. Just like you.”

Spencer smirked. “But that’s not really your home.”

Younge replied, “You don’t get to tell me where my home is.”

Spencer pushed more. “But you know it’s not your real home. ... Your ancestors didn’t build it.”

“Sorry! Listen, my ancestors built it tenfold ― and weren’t paid for it!” Younge said.

Spencer then argued that Younge’s argument was “like saying African-Americans built the United States.”

“They did!” Younge snapped back. “They literally built the White House.”

“Because we made them,” Spencer retorted.

Younge asked Spencer, “And you’re proud of that?”

Spencer conceded that slavery had bad consequences, “but, the fact is, yes, I am ultimately proud of it. I’m proud of slavery.”

After another brief exchange, Younge decided the interview was over and told Spencer, “You’re a ridiculous person.”

Watch the whole interview below: 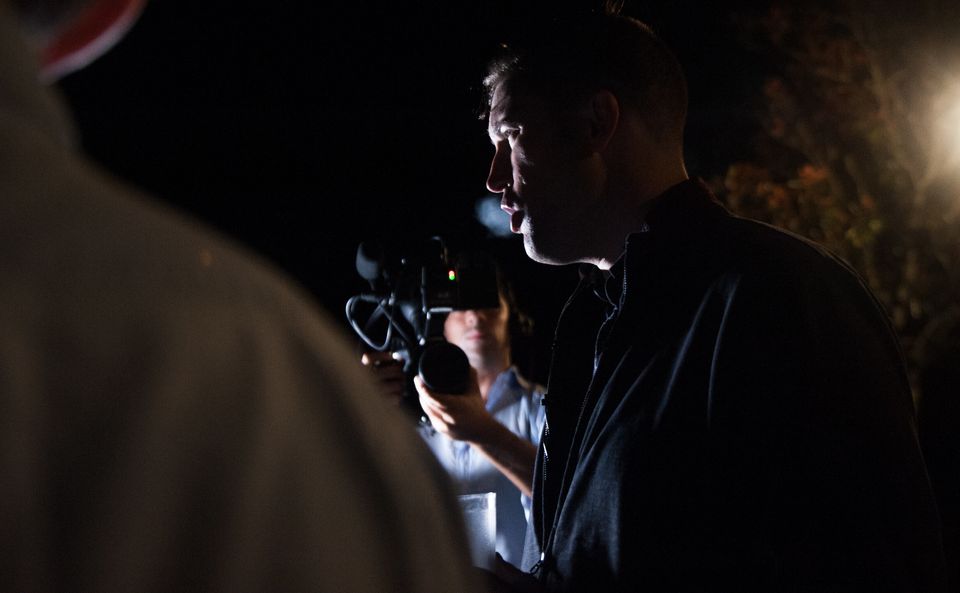 1 / 18
Richard Spencer speaks during an interview with HuffPost in a remote location outside Gainesville, Florida on Wednesday, October 18, 2017.
Chris McGonigal/HuffPost