Are gas prices impacted by the source of countries' oil? The graphic below, from Oceana, suggests that how much oil a country imports does not affect gas prices.

A 2012 study, of "36 years of monthly, inflation-adjusted gasoline prices and U.S. domestic oil production," by the Associated Press found that there is "no statistical correlation between how much oil comes out of U.S. wells and the price at the pump."

A May report from the Natural Resources Defense Council found that if built, the proposed Keystone XL pipeline could actually raise domestic gasoline prices, reported HuffPost's Lucia Graves. Report author and NRDC attorney Anthony Swift said, "Our study has found that Keystone XL is likely to both decrease the amount of gasoline in U.S. refineries for domestic markets and increase the cost of producing it, leading to even higher prices at the pump."

Earlier this week, Reuters reported that the average price of gasoline in the U.S. fell nearly 16 cents in the previous week. The drop is a result of a decline in crude oil prices, fueled by "fears over Europe's economy and a stronger dollar," according to Reuters. A recent survey of Americans by The Associated Press-NORC Center for Public Affairs Research found that three quarters of Republicans and 34 percent of Democrats "cite government limits on drilling as a major reason for energy problems." 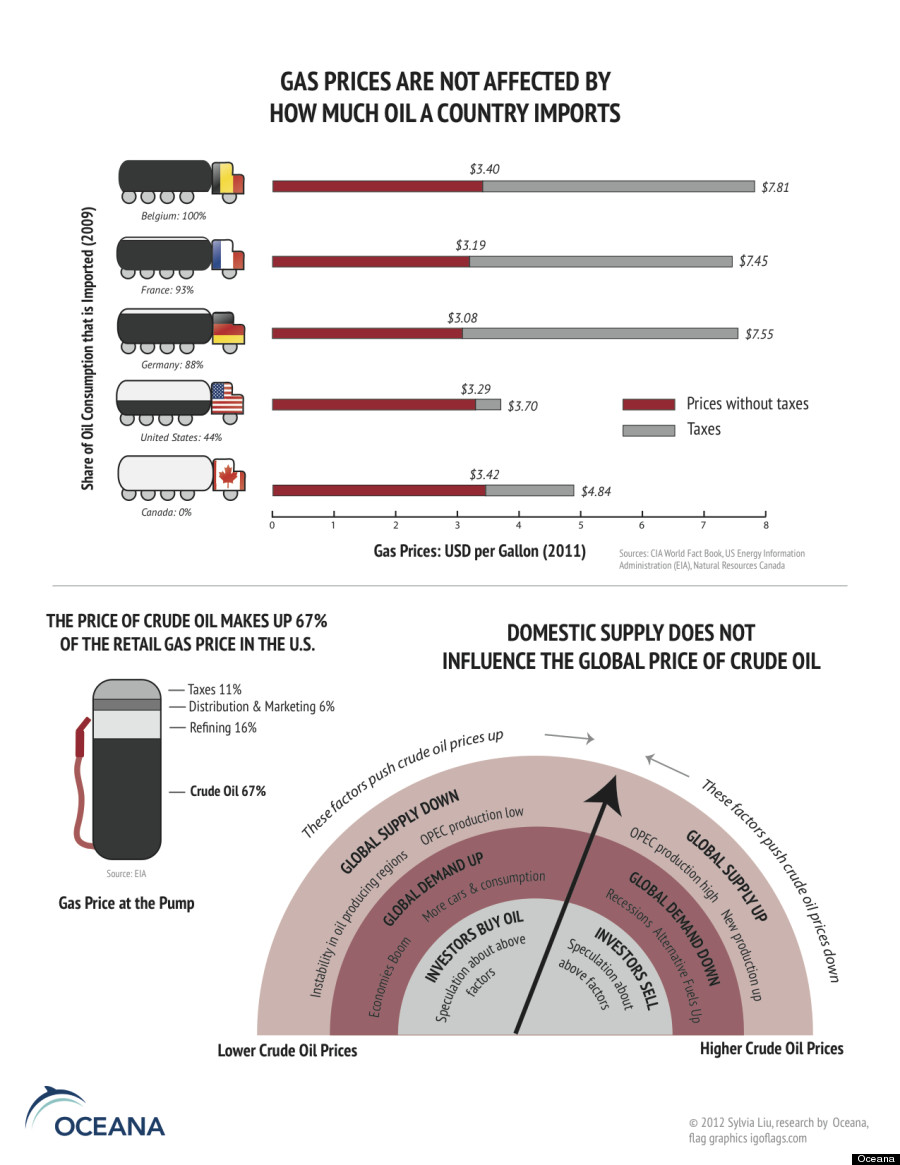