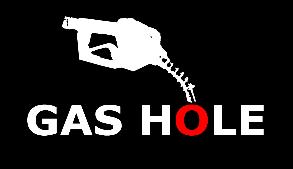 This week marked the world premiere of GasHole, a new documentary film (narrated by Peter Gallagher) about the history of oil prices and the future of alternative fuels.

Biofuel gossip has been everywhere in the news lately. Bolivian President, Evo Morales, condemned the use of valuable farming land for ethanol at the recent U.N. summit, and Roger Cohen pleaded for a moment of sanity, suggesting in his New York Times op-ed that it may be foolish to universally condemn biofuels.

Depending on who you talk to, or whose column you read, biofuels are either the savior of humanity, or the worst thing to ever happen, ever. Some people think the farmed corn should be given to starving people. Others believe it should be used as fuel before global warming really accelerates and we're drowned by the sea. The truth is that food is definitely unaffordable for the poorest among us, but biofuels aren't entirely to blame.

Yes, certain biofuels like sugarcane are more efficient and do less environmental damage than corn ethanol, but sugarcane crops have not received the same kind of monetary love from the government as corn. If a big, fat, moneybag-carrying Congressman shows up at your farm and says he'll pay you to grow corn, or kick you in the ass if you grow sugarcane, which are you likely to grow? Hm...

GasHole co-directors Jeremy Wagener and Scott D. Roberts took time out from their nationwide tour to explain the bad wrap biofuels has received as of late. I first asked them about the Time Magazine cover story" "The Clean Energy Scam", in which Michael Grunwald writes, "using land to grow fuel leads to the destruction of forests, wetlands, and grasslands that store huge amount of carbon."

I asked them if the rumors were true. Do alternative fuels steal corn from poor babies? "The amount of ethanol being produced is taking such a small portion of the corn crop that it has significantly less affect on food prices than the price of transporting food using petroleum. And Brazil has used savannah land to increase their ethanol feedstock crops by ten-fold before they need to cut down one acre of rain forest," said Wagener.

Others agree that there is enough space to have it all: rain forest, food, and biofuel crops. At the same U.N. summit where Morales condemned the use of corn in biofuel, Brazilian President, Luiz Inacio Lula da Silva, declared that his country has enough land to grow food crops as well as plants to produce biofuels.

However, all of these critiques are incomplete and short-sighted. Biofuel technology is still in its infancy. Skeptics busily criticize preliminary stages of green technology, but the government may not even be focused on the right kinds of biofuels.

Scott D. Roberts discussed an alternative to the kinds of biofuel corn crops condemned by critics. As opposed to using corn, Roberts suggested American scientists focus on producing biofuel from algae, as proposed by Professor Michael Briggs in The Biggs report. The professor predicts algae biofuel could fuel the United State's entire transportation sector at the cost of what the government has already spent on the Iraq War.

No one knows if algae biofuel is a viable alternative fuel options namely because the government has almost exclusively funded corn biofuel research. In the Times, Cohen explains how the green fuel market has been poorly managed from the beginning, which is why analyzing data and reports at this point is sort of like staring at one's reflection in a funhouse mirror. One isn't exactly getting the real picture:

Right now, the biofuel market is being grossly distorted by subsidies and trade barriers in the United States and the European Union. These make it rewarding to produce ethanol from corn or grains that are far less productive than sugarcane ethanol, divert land from food production (unlike sugarcane), and have dubious environmental credentials.

We know corn ethanol has its problems, though they've been widely overstated. We also know the government continued to only seriously invest in corn ethanol. Therefore, corn ethanol continues to dominate the market as the only serious alternative fuel contender.

The American government has a curious habit of doing the same thing over and over again and expecting different results. By the way, that's also the definition of insanity. It's insane to expect the entrepreneurial spirit to thrive in the green market when subsidies are given to the WRONG biofuel crops. It's also insane to believe the market will regulate itself and greedy, rich men will know when "enough is enough" and cap oil prices at $100 a barrel, say after a major hurricane slams into poor, black people.

Though it's been well-documented, the unmitigated greed displayed by the Seven Sisters (the major oil companies) bears repeating. After Hurricane Katrina, gas rose above $3 for the first time ever. That same fall, the oil company raked in staggering profits so unseemly that they were called into a Congressional hearing to explain themselves.

They were asked a number of questions by the congress members: September's $3.00 gas was the same $2 gas it had been in July. Why was the same gas supply suddenly more expensive after Katrina? Furthermore, why did pump prices universally skyrocket when west-coast stations don't receive a drop of gasoline from the Gulf, the only area truly affected by Hurricane Katrina?

It seemed like someone was arbitrarily raising the prices - price-gouging - and reaping some huge windfall profits.

"Punative measures hastily crafted in reaction to short term market fluctuations may have unintended consequences, including disincentives for innovation in domestic projects."

In short: stop asking questions, or we'll ship American jobs overseas. After the hearings, Raymond's received a retirement package from Exxon worth $400 million.

Occasional hellcat, Barbara Boxer, also wanted to know why the highly profitable Bakersfield refinery plant in her precinct was closed, putting many of her constituents out of work. The CEOs were unable to offer Ms. Boxer a satisfying explanation.

It's Economics 101: supply and demand. Control the supply, or the market floods, and it drives down prices. Suppress the supply, and the demand goes through the roof. Close a particularly profitable refinery, and watch the ole' bank account swell. This is how OPEC punished the west during the fuel crisis. The Arabs sat on the spigots and refused to move, sending the economy into a tailspin.

All This Over Lil' Ole' Me?

Biofuels are small potatoes in the fuel market, which is why it's strange that they've been garnished with this much attention. In Bring On the Right Biofuels, Cohen writes:

Much larger trends are at work. They dwarf the still tiny biofuel industry (roughly a $40 billion annual business, or the equivalent of Exxon Mobil's $40.6 billion profits in 2007). I refer to the rise of more than one-third of humanity in China and India, the disintegrating dollar and soaring oil prices.

Hundreds of millions of people have moved from poverty into the global economy over the past decade in Asia. They're eating twice a day, instead of once, and propelling rapid urbanization. Their demand for food staples and once unthinkable luxuries like meat is pushing up prices.

There are food shortages because oil is nearing $120 a barrel. The necessary evil, oil, is the fuel behind all the food production in the world, so when the price soured over $100 a barrel, the poorest people took the brunt of the shock. In short, they ran out of food.

Rather than branding biofuels the villain of the food crisis, the blame should be aimed at the persons pricing the oil.

GasHole rejects the notion that the fuel market is a force of nature - one subject to the "will of the neutral market." Rather, the film carefully documents the process of oil barrel pricing, and reveals the numbers are created by men, the most fallible of creatures, susceptible to greed, selfishness, and sociopathic behavior.

Insanity has led us to this place, where oil is over $4.00 in some areas, and many nations face food crises. So some of the blame can be scraped off biofuels and flopped across the shiny, bald heads of oil barons. Who else can share the remaining blame?

GasHole recaps a thirty year history of alternative fuel promises made by U.S. presidents: Nixon, Ford, Carter, right up to President George W. Bush, who received a standing ovation from Congress when he finally said out loud that America has an oil dependency problem. Leaders are forever promising a vigorous campaign of alternative fuel initiatives. They sucker environmentalists into voting for them every four years, and yet nothing ever changes.

This brings us back to the definition of insanity. Year after year, oil and auto lobbyists are permitted access to votes with their dirty money, so it's no wonder environmental issues continually get bumped to the back burners. Expecting shiny new results when that corrupt system is still in place is insane.

I'm sorry, that's not true. Some things will change, but the only policies implemented will be dumb ones, like paying farmers not to grow crops where they shouldn't be farming in the first place: on highly erodible lands.

This dangerous combination of unfettered greed, lack of serious leadership, dumbasses, and the unwillingness to collectively sacrifice in the name of a better tomorrow has led to this panicked moment of chaos.

Yes, some of the blame rests with the American citizenry, who have enjoyed a rich heritage of gluttony and laziness with cheap food and big cars. Rather than collectively demand a change in the oil industry, they continue to pay at the pumps: $2.00...$3.00...$4.00...However much the oil companies ask.

Instead of condemning biofuels, the American people should condemn their Washington leadership and the oil industry: the real thieving pirates behind the food shortage.