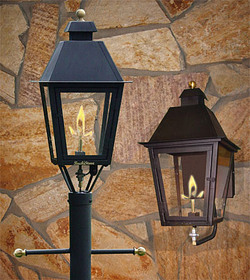 Within the psychological literature, the concept of gaslighting refers to a perpetrator's effort to distort reality, making it hard for those with whom they engage to know the difference between truth and fiction. For those who have been gaslit, it is a frightening, destabilizing experience; when the truth is revealed, one has to rethink one's entire framework for reflecting on individuals and events. Trust is impaired. One's optimism and idealism are tamped down. For an excellent and poignant example of gaslighting done by parents to their children, read Jeannette Walls powerful memoir, The Glass Castle.

Within the last month, without prioritizing which of these events are better or worse than others, we have had significant highly public situations that resemble gaslighting -- in their form and in their consequences. Whether or not they are technically "gaslighting" within the psychiatric definition, these events have consequences that must be acknowledged and addressed -- now.

Here are several problematic situations. (I am sure you can come up with plenty of your own, a worthwhile exercise actually.)

Severe punishment has been meted out to prized Patriots quarterback Tom Brady who is accused of having knowledge of intentionally deflated footballs below the NFL permitted levels in the 2015 AFC Championship game. Brady has repeatedly denied any culpability despite considerable evidence to the contrary; he also refused to cooperate fully with the independent investigator.

We have former Republican power broker and Speaker of the House of Representative J. Dennis Hastert who is accused of having an inappropriate relationship with a former student decades ago and then engaging in a more recent multi-million dollar payoff to avoid detection, deceiving the FBI as to why the monies were changing hands. And, does the name Mark Foley and the term "irony" ring any bells?

We have the possibility of suspended NBC news anchor Brian Williams, accused of exaggerating one if not more news stories, returning to the air in some capacity. Here's a job where one is supposed to report the news, not create or make-up the news. Clearly, meaningful explanations (in contrast to apologies) for the untruths have not been forthcoming, and this once deeply respected journalist has not come forward to clarify his behavior.

Then there's the growing scandal with cheating at the highest levels of professional soccer combined with the re-election (and then resignation) of FIFA's 79-year-old president Sepp Blatter, who denies any knowledge or personal involvement in the scandal. Is that even possible? Soccer, the world's most popular game at every level, is under a very dark cloud. Payoffs and bribery in sports, by organizers or players, are a serious no-go.

Most of us -- adults and children -- believe (or at least believed at some point) in heroes and the honesty and integrity of those who are public figures. Because of the faith and trust we put in our heroes, events like these examples have a sizable impact. Heroes fall off pedestals and truth is distorted. The bad acts are problematic; but, it is the denials and the cover-ups that are worse and lead to difficulties for all of us in distinguishing fact from fiction.

There are two worrisome messages in particular flowing from all of this -- especially for children.

First, these incidents all involve some form of denial of the wrong committed; there's some effort to distort reality. In some instances, there has been an added response: well, everyone is doing "it," whatever "it" is; it can't be that bad then. Because of the bravado of the denials and the justification that many wrongs make a right, the underlying wrong is obfuscated. The message sent out is that it is OK to do bad things, everyone does. Just don't get caught.

The second difficult message is that no one, not even heroes, role models and established news anchors, are trustworthy or believable. If we have a generation of children whose heroes have fallen, and fact is hard to distinguish from fiction, they will be negatively affected as they progress to adulthood. The message they get is to trust sparingly if at all; our "finest" aren't so fine.

For society to function effectively and in a civilized, law-abiding manner, we need trust in each other and in our leaders and role models. We need them to be honest and stable. Gaslighting disables these beliefs and in that sense is worse than immorality. It makes the immoral moral. It threatens our optimism and our capacity to move forward ably. That is why gaslighting at the national level by national heroes and role models puts us all at risk.