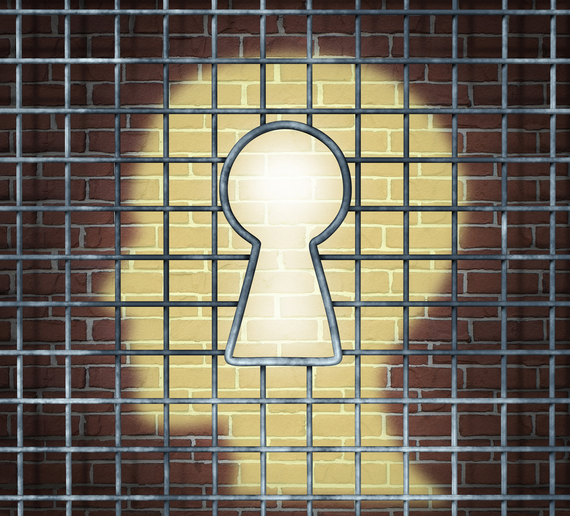 Schools are uniquely poised to lead a revolution in prevention-based mental health care, with 50 percent of chronic mental illness beginning by age 14, and 75 percent by age 24.

With this in mind, I arrived at a symposium hosted by the University of Southern California's Saks Institute for Mental Health Law, Policy and Ethics last week excited to hear some of the top minds in mental health policy discuss an array of issues relating to mental illness on college campuses.

While the symposium ably delivered on the policy front, the predominant themes arising from each panel discussion took a surprising turn toward the humanistic:

The bottom line? We need a more empathic standard of care than what exists today.

Peter Lanza's telling of his family's heartbreaking story confirms two things: Getting appropriate, preventive care for young people with brain disorders is remarkably difficult, and in order for that to change, we have to move away from viewing mental illness as a battle between "crazy" and "normal," or "us" and "them."

Many of us realize that the human experience is far more beautifully, painfully complex than that. "Normal" is as unattainable as "perfection." When we are honest with ourselves, we know that we are all capable of, at the very least, glimpses of what we call "crazy."

Until we collectively value the ability to see ourselves in those who are suffering, mental-health reform will remain stalled. High doses of compassion are needed to lay the groundwork for a new paradigm of pharmaceutical and psychosocial tools to treat brain disorders, as well as for the eradication of discrimination and stigma.

I remember my first visit to a full-security psych ward in San Diego 15 years ago. There was my brother, barely 20 years old. I was relieved that he was safe, that he seemed less agitated. But where was he? He sat hunched over, a pale shadow of himself, unable to speak, unable to make eye contact. His left hand trembled lifelessly along his thigh. He was worn from trauma, from lack of sleep, from his brain attempting to adjust to heavy medication.

His doctors spoke of the grave outcomes we should expect with paranoid schizophrenia. In that moment, without knowing it, I began the process of grieving for the person I'd grown up with.

It would be a few years before I realized that that same person was still there. He had been there all along. But a combination of brain-based symptoms and side effects of antipsychotics masked the person I knew well enough for me to begin to lose hope.

It took proactively educating myself about schizophrenia (thank you, NAMI, Pete Earley and others) and reestablishing a relationship on new terms to find my brother again. Most of all, it took finding a larger capacity in myself to love unconditionally, to see myself in his suffering, to recognize our shared infinite potential.

With the current standard of care, we underestimate the major side effects of antipsychotic drugs and undervalue some of the greatest deficits that psychosis-bearing illnesses often carry with them: difficulty relating socially and expressing emotion -- core skills necessary to maintain relationships and contribute meaningfully to a community, let alone hold a job.

The notion that this highly impaired state is considered "wellness" in the current treatment paradigm is unacceptable. Today my brother faces a cocktail of horrific side effects on his medication, or forced treatment in a locked-down facility. With this stark reality, it is no wonder that a person might be left to spiral into crippling isolation, to feel like a castaway defined by an incurable illness. For too many, this ends in a complete giving up.

The new standard of care for psychosis should comprise evidence-based, multidisciplinary, empowering treatment options, with the aim of remission of symptoms and an expectation of leading a fulfilling life:

As I've written about previously, these types of treatment options do exist. But they are generally few and far between, inaccessible to all, and not well known about. True mental-health reform will include programs such as these being the standard in every county and VA system across the United States.

Compassion alone will not cure serious mental illness; it is the gateway. Likewise, improved mental-health care and awareness on secondary school and college campuses might be a gateway to prevention.

In the words of South African human-rights activist Desmond Tutu:

Compassion is not just feeling with someone, but seeking to change the situation. Frequently people think compassion and love are merely sentimental. No! They are very demanding. If you are going to be compassionate, be prepared for action!

When we can see the millions of young people and adults among us who live with brain disorders through a lens of compassion, radical shifts in innovation and funding will undoubtedly unfold.

My family is ready for action. Are you?

Helpful resources other than those mentioned above:

Chantel Garrett works in advocacy and education for psychosis prevention for young people and serves on the board of the Flawless Foundation.