Two-and-a-half years after he disappeared, the body of 20th Century Fox executive Gavin Smith has been found and positively identified, The Los Angeles Times reported.

According to the Los Angeles County Coroner's Office, hikers discovered the remains on Oct. 26 in a rural area of Palmdale in the High Desert.

Manner and cause of death are pending, but a source close to the investigation told MyFoxLA.com that police are treating the case as a homicide.

Smith disappeared on May 1, 2012. He was last seen wearing purple pants and black and gray shoes at a friend's home in Oak Park, Calif., The Hollywood Reported noted. The handsome 57-year-old left the property in his black 2000 Mercedes-Benz 420E sedan and vanished.

On Feb. 21, 2013, Smith's car was found inside a Simi Valley storage facility that was connected to convicted drug dealer John Creech. Smith, who had a history of drug use, was allegedly having an affair with Creech's wife, Chandrika.

"Creech's wife and Gavin were in rehab together so they struck up a relationship and that is basically the starting point of Mr. Creech being looked at as a possible suspect," Lt. Dave Dolson, of the Los Angeles County Sheriff's Department, told NBC Los Angeles.

A former movie actor and 18-year veteran of Fox's distribution department, Smith worked as the branch manager for theaters in Dallas and Oklahoma City. In college, he played basketball at UCLA, and was a part of John Wooden’s 1975 national championship team, People Magazine reported.

After his disappearance, Smith's family offered a $20,000 reward for information that would help investigators solve the case.

Smith was declared legally dead on May 1 of this year. He was the father of three boys.

#Breaking: Sister of #GavinSmith tells @NBCLA, after brother's remains are found and identified, "It's all very sad." 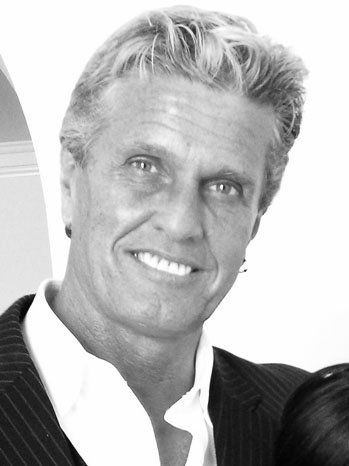 1 / 10
May 1, 201: Gavin Smith Last Seen
Gavin Smith was last seen at his home on the 500 block of Callwood Court in Oak Park, Calif. He left in his 2000 black Mercedes Benz wearing purple pant and black and grey shoes.