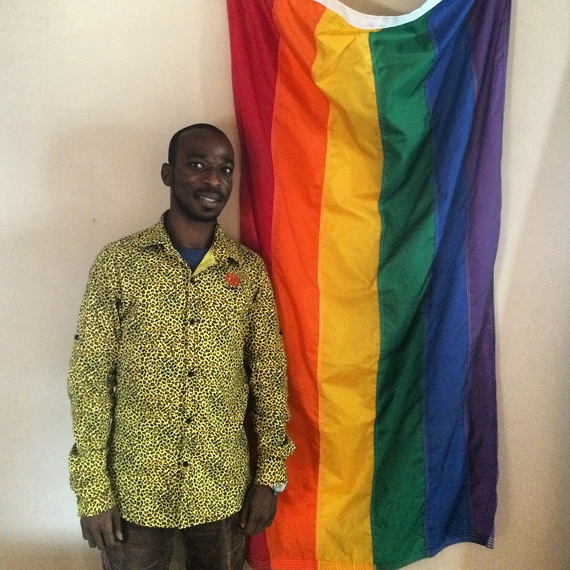 This past November, I sent my associate Chris Westling to Dar es Salaam, Tanzania, to meet with LGBT activists and discuss the lack of progress in the area of human rights as related to LGBT issues. Currently, it is a crime punishable by imprisonment to be lesbian, gay, bisexual, or transgender in Tanzania. This year, the business magazine International Business Times ranked LGBT rights in the country among the fifth worst on the continent behind Nigeria, Uganda, Cameroon, and Senegal. While some of the countries on this list are less widely known for their human rights offenses as related to the LGBT community in Africa, Uganda and its attempts to make being LGBT punishable by death is no surprise, and probably the most notorious of the lot. As sub-Saharan Africa becomes more of an economic force in the world I wanted to start looking into specific countries on the continent where human rights violations are either overlooked or just not in our collective consciousness - ones where this type of environment allows and even condones violence against LGBT youth. It's imperative that we all know more.

Once in Tanzania, Chris met with Mohamed Mbata and James Wandera Ouma - two men who work together at LGBT Voice Tanzania. As it stands now, the penalty for gay relationships in this East African country is life in prison. But this is not the top worry of Mohamed Mbata, the openly gay deputy director of LGBT Voice. His primary concern is violence toward gay youth in a climate where assailants can act with impunity.

As a young gay man, Mbata experienced violence as a direct result of his sexuality. Once, he said, "in Dar es Salaam, I was beat up on the street by a man who had identified me for my work on LGBT rights. Stories like this happen every day. I came out as gay at 25 years old and my family was shocked," Mbata said. "My father hated me. They're fine now, as long as I stay far away from them."

Mbata's organization, based in Dar Es Salaam - Tanzania's largest city - gives three months of entrepreneurship training to the gay youth living on the streets. The training helps vulnerable youth establish micro-businesses to help them become more self-sufficient. Mbata is cautiously optimistic and says modestly, "We are making progress little by little." This truly is a good way to help the youth establish roots in their community, but it is only a first step and coastal East Africa needs more programs like this for change to take place on a larger scale.

The international community continues to condemn Tanzania for the open persecution of LGBT people. In a 2011 report by the U.S. State Department it was found that not only do LGBT persons in Tanzania face arbitrary arrest and violence, they also experience restricted access to health care, housing, and employment. The consequences of these actions are devastating. "Due to discrimination, many people in the LGBT community face high unemployment. They are not able to contribute to the economic growth of Tanzania," said James Wandera Ouma, the director of LGBT Voice. It has been proven time and time again that a lack of safe healthcare services can increase HIV infection rates among men who have sex with men (MSMs).

Ouma says that "while Tanzania is a recipient of PEPFAR funding [a US initiative started by former President George W. Bush to control the spread of HIV/AIDS in sub-Saharan Africa], the country cannot reach the initiative's goals because many in the LGBT community are not reached by the services. The government must prioritize programs targeting the LGBT community for the prevention, support, treatment for the disease."

The response to this underserved community has been met by a host of international actors. Among them is Dr. Robert Gallo's Institute of Human Virology (IHV) at the University of Maryland School of Medicine. IHV, through the leadership of Dr. Robert Redfield, has provided HIV care and training assistance to 25 facilities in the country. This vital care is proven to help reduce the amount of HIV virus in a person's system, which can in turn reduce HIV infection rates. IHV's team is always mindful of local environments and takes pains when delivering care to ensure a safe setting that avoids subjecting the patients to public scrutiny.

Joep Lange, the leading HIV researcher and president of the International AIDS Society (IAS), who tragically died in Malaysia Airlines flight 17 last summer, took a strong interest in Tanzania. Beginning in 1995, his team set out to dramatically improve the situation for those living with HIV/AIDS in Tanzania. International AIDS Vaccine Initiative (IAVI) reports, "some 500,000 Tanzanians are now on HIV treatment. The trial Lange sent [his team] to Tanzania for was the Petra Study, part of the landmark research showing that HIV drugs could reduce the risk of breastfeeding mothers transmitting the virus to their babies." However, despite all of this progress, the LGBT community still faces significant barriers.

In 2011, at a meeting of Commonwealth countries, UK Prime Minister David Cameron warned that his country could start withholding aid to countries that criminalize same-sex relations. In response, Tanzanian foreign minister Bernard Membe exclaimed that, "homosexuality is not part of our culture and we will never legalize it. We are not ready to allow any rich nation to give us aid based on unacceptable conditions simply because we are poor. If we are denied aid by one country, it will not affect the economic status of this nation and we can do without UK aid." This attitude is still present in the Tanzanian government today.

Discriminatory laws in Tanzania have received support from other governments in the region. In neighboring Uganda, President Yoweri Museveni continues to try to make being gay a crime punishable by death, and he has succeeded in making it an offense punishable by life in prison. In response to this law international donors have redirected or suspended over $140 million in aid to Museveni's government. The bill's supporters, in turn, argued that Western influence was responsible for the small but growing Ugandan LGBT rights movement. Ironically, US-based anti-gay groups have allegedly instigated much of the recent legislative push, which has been so detrimental to the human Rights of LGBT persons in Uganda. These Western groups take the Christian message of peace and harmony and deftly twist it into anti-gay politics.

In the neighboring country of Kenya, Deputy President William Ruto, who has been indicted by the International Criminal Court for his connection to electoral violence in 2007, has rebuked President Obama's call for African nations to affirm LGBT rights on the grounds that such rights do not apply to gay Kenyans. Such laws, however, have their roots in British colonial legislation from long before independence. While the UK government has long since liberalized such prohibitions, the laws remain on the books as a vestige of the former British Empire.

In one of the more publicized incidents, a mob attacked the KEMRI HIV/AIDS research center in the coastal town of Mtwapa, Kenya in 2010. People's fears were exploited; they were incited to violence by misinformation and hatred towards LGBT people. Over the course of the next three years, as a result of this violence, local religious leaders staged a campaign to bring awareness and understanding of LBGT issues. "Most people don't know the truth, that is why they hate," said local Mtwapa Bishop Lawrence Chai of the reconciliation efforts over the years.

Back in Tanzania, James Wandera Ouma, continues to speak about the fundamental role local activists play in this movement. "I know what life is like for LGBT Tanzanians. I know how it looked thirty years back and how it is today. Things have gotten worse. Hate speech from political leaders has increased, arbitrary arrests of gay people are on the rise, and reports continue to flow into our office of suicides due to rejection of an LGBT family member. As more and more people come out of the closet, we are experiencing violence on the streets like never before."

Despite deteriorating political conditions, there is still a sense of hope in the LGBT community. "I was thinking for a long long time, that I thought maybe one day people could hear about me," said Ally of the LGBT Voice. "This organization is perfect for me. Through it, people in East Africa and around the world can hear what is happening to our gay community."

LGBT Tanzanians are not alone in being violently persecuted for their sexuality. As the profile of gay rights grows globally, so too has the backlash from anti-LGBT campaigners. In response to this ongoing struggle for equality and safety, former Secretary of State Hillary Clinton established the Global Equality Fund in 2011. The fund is a collaborative effort of governments, businesses, and civil society to support local programs, which work to advance the human rights of LGBT persons around the world. Secretary of State Kerry has worked with and supported the Global Equality Fund. Now 11 countries have joined together (including the first Latin American partner, Chile) to promote social justice in Tanzania and other countries where it is a criminal offense to choose who you love. To date, the fund has already contributed to local LGBT rights programs in over 50 countries. As Secretary Clinton said in Geneva in December 2011, "gay rights are human rights and human rights are gay rights." I encourage you to visit state.gov/globalequality to learn more about the work being done in the name of equality for all.

Executive Vice President of the John D. Evans Foundation and has spent the last 30 years of his career working to extend value, opportunity