As a student council member at his high school, Anthony Martinez is often tasked with planning school dances. But the 17-year-old, who is gay, says that he “never [gets] asked.”

Martinez, who attends Desert Oasis High School in Las Vegas, Nevada, shared on Twitter this week that he was asked to prom by someone entirely unexpected. It was his best friend, Jacob Lescenski -- who is straight.

Guess who just got asked to prom by @JacobLescenskii pic.twitter.com/eDrTRkX7fp

For the promposal, Lescenski (wearing camouflage pants in the photo above) created a banner with the words: "You're hella gay, I'm hella str8. But you're like my brother. So be my d8?"

Lescenski told New Now Next that he had decided to surprise Martinez with the promposal after seeing his friend tweet about wanting a date for the event.

“I decided on going to prom alone because my original date idea didn’t work out so well,” he said. “Then one night I saw Anthony, who is my best friend, tweeting about wanting a date. So, I came up with the poster idea, asked my friend Mia to make it and asked him that next day … It was a giant surprise to everyone, especially Anthony!”

A thrilled Martinez expressed his gratitude to his BFF on social media.

“He’s my best friend, and a real man given the fact he has the guts to fulfill my gay student council dream of always helping out planning dances, and never getting asked. I couldn’t ask for a better person in my life,” the teen wrote on Tumblr. “Thank you Jacob, can’t wait for May 2nd!”

Lescenski’s promposal has gone viral this week, and netizens everywhere have praised the teen for his awesome gesture of friendship.

“It's an adorable story -- boy meets boy -- with a 2015 twist,” wrote Mic.com of the promposal. “As being an ally becomes more and more a part of the high school experience, it's inspiring to see a pair of bros taking the hetero-homo friendship to new heights.”

These two are my heroes ;-) @JacobLescenskii your true friend everyone whish to have @anthonyseXC have a great prom!! pic.twitter.com/UHt2GV4tSy 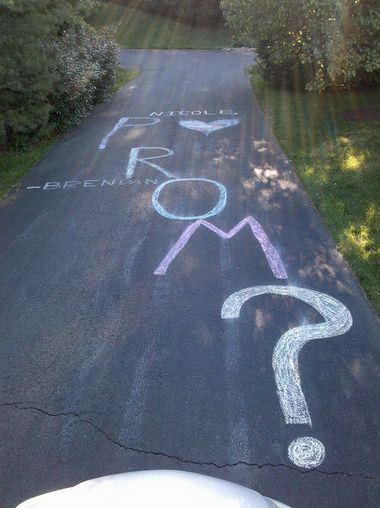