When Nico Martina decided to propose to his boyfriend, Michael Sinclair, he opted to make the occasion a full-circle moment.

Martina says he met Sinclair one year ago at the Fitness First Gym in Sydney, Australia, so he gathered a group of fitness fans to organize a surprise flash mob set to the Beyoncé hits, “Love On Top” and “End of Time,” at the gym before popping the question, as seen in the video above.

“My first idea was to fly to Italy because that’s where I am from, to a very romantic location but I couldn’t afford it, so my second idea was to have a dance flash mob,” Martina told The Knot’s How He Asked blog. “I’m a loud person and for me this was a way for me to be loud in a different way: to be able to shout out my love for Mike.”

Given that same-sex marriage is not legal in Australia, Martina hopes the clip, which has been viewed over 55,000 times at the time of this writing, has a more longterm impact, too.

“This proposal was also a way to send a message that ‘love is love’ no matter what your sexuality is,” he said. “I also wanted one day to be able to re-live that moment with Mike so I wanted to create something memorable.”

Congrats, gentlemen! May the couple that achieves their fitness goals together stay together, too! 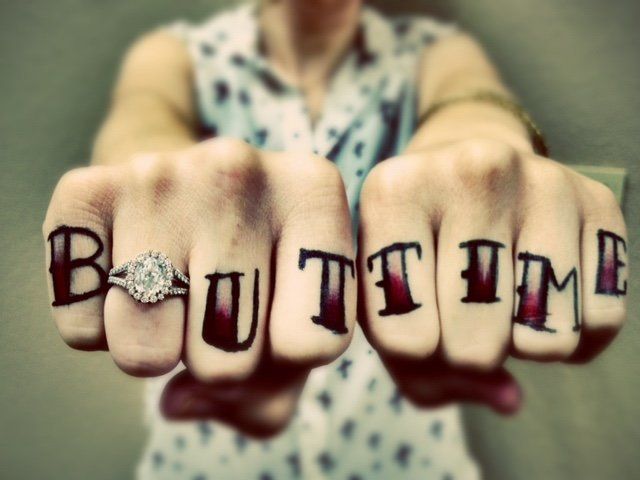