Lonely Planet has recently labeled Tel-Aviv as the "San-Francisco of the Middle East", for its thriving gay community.

While the nightlife and street atmosphere in Tel-Aviv are indeed (very) gay friendly, the Israeli marriage laws are conservative.

The video story below, which I prepared for VJM, introduces Tel-Aviv residents Assaf and Ronen Hadi-Cohen, who had to travel all the way to Canada in order to become officially married. The report shows how Israeli gay couples bypass the conservative marriage laws, with the help of a liberal Supreme Court and innovative local N.G.O.

It was David Ben Gurion -- Israel's founding father and first Prime Minister -- who decided that marriages would be determined by orthodox religious authorities.

According to the orthodox interpretation of Jewish books, homosexual relations are a sin, and therefore same-sex marriages by Jewish couples have never been legally accepted.

Liberal activists and politicians have been for years battling -- in the courtrooms and within the society -- for equal rights for homosexuals. They have managed to eliminate discrimination against gays in significant social agents like the Israeli Defense Forces and prime time TV shows. But the agreement Ben Gurion reached with the religious authorities has been maintained, despite numerous government changes.

Today Tel Aviv is inhabited by a mostly secular, liberal minded population. Assaf and Ronen -- the "stars" of the video above -- live in the center of the city, where seeing same-sex couples on the streets is very common and the colorful flag of the gay community seems to be popping out of every second porch.

The rest of Israeli society is much less open minded on gay issues. In 2006, when the Israeli Supreme court ordered the government to recognize same-sex couples married abroad, the Orthodox community was infuriated. Responding to the liberal ruling, Knesset member Moshe Gafni said (USA Today, November 2006):

Despite the anger it raised amongst orthodox politicians, the Supreme Court ruling has not been over turned. It has provided a solution for same-sex couples who could afford to travel abroad to get married.

Nitzan Horowitz, a Knesset member from the left wing Meretz party who is openly gay, announced upon joining the Israeli parliament that he plans to bring to vote a bill that would legalize same-sex marriages in Israel. So far, Horowitz's plan has not materialized.

My video report showed how "New Family" has created an alternative to the religious authorities' monopoly of the marriage institution, but even so, I would not bet on Israel becoming the eleventh country to legalize same-sex marriage (ten countries have already done so). It seems unlikely that a country whose politics is currently dominated by right wing and religious parties will approve such legal changes. 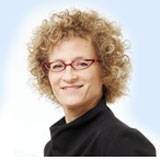 Irit Rosenblum, the founder and chairperson of "New Family", is changing society by providing legal assistance for same-sex couples, and independently "privatizing" the state controlled marriage institution. Rosenblum, a lawyer by profession, has made life easier for thousands of people, and contributed greatly to the normalization process of gays in the Israeli society.

A scroll through the photo album of the "New-Family" Facebook page shows many happy couples, who have been legally united with the help of "New-Family". Rosenblum's actions are one of the main reasons that Israel, despite its conservative marriage laws, is a place where same-sex couples can receive the same rights as heterosexual couples.

The video below serves as an introduction to the organization and its founder.

Links:
• Same-sex weddings in Tel-Aviv, not actually legal, Tablet, June 2009
• The voyages of a gay British Journalist in Israel, Ynet, August 2007
• Getting Married in the Gay Parade, Haaretz, June 2009