A Welsh hair salon is making a powerful statement after a customer refused to let an employee cut his son's hair because he perceived the man to be gay.

Russell Hughes, an openly gay man, runs Russell Paul Hairdressing in Prestatyn, North Wales and has for the past 14 years. He told The Daily Post that last week, a man came in with his son who appeared to be about ten years old and asked Hughes if anyone was available to cut his son's hair. The owner asked his colleague, a man named Richard Evans, to do it.

“The man came up to me at that point and said: ‘I’m not being funny but did you just say that lad’s going to cut my son’s hair’, to which I replied ‘yes’," Hughes explained. “He then said, ‘Well I assume he’s gay and I don’t want him cutting my lad’s hair so could you do it,' to which I said no because I’m gay as well.”

The man then stood up and immediately left.

The incident left the staff at Russell Paul Hairdressing shaken, and Hughes decided to take action. In order to avoid future interactions with bigoted individuals, Hughes installed this sign on the front of his store: 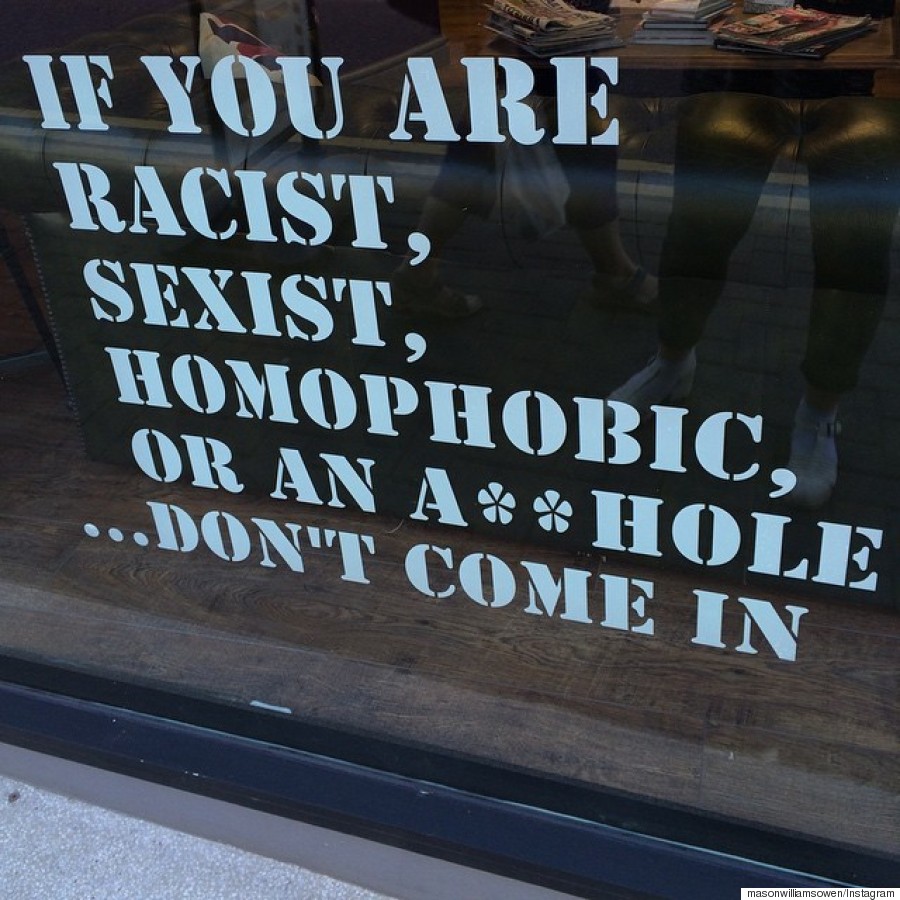 "I was so shocked. You don’t expect to be treated like that in this day and age," Evans reportedly stated. "I’ve worked at the salon for seven years and have never experienced anything like that before. I think Russell’s new sign will make sure people like that don’t come in here again.”

As the social climate has changed for the lesbian, gay, bisexual and transgender community, signs have become a useful way for businesses to declare their support for queers. Earlier this year, a North Dakota coffee shop posted a sign that banned state House members who voted to strike down a bill intended to protect the LGBT community from discrimination from patronizing the establishment.