Israeli news website Ynet took to the streets of Jerusalem with a video experiment aimed at exposing the levels of homophobia in the city after last month's grisly Pride attack.

As Ynet's hidden cameras rolled, two men, Shai and Ophir, held hands as they traversed the city. Some pedestrians cast awkward glances and stares at the couple, while others shouted homophobic epithets at them as they strolled down alleys and market passageways.

"Motherf*ckers," one passerby mumbles, according to Ynet's translations. Another shouts, "Gay sons of bitches!"

The clip's tone recalls another video recently posted to YouTube by ChebuRussia TV, which showed two Russian men being shoved and berated by passersby as they walked hand-in-hand through the streets of Moscow.

On July 30, a man brandished a knife and stabbed six people at Jerusalem's Gay Pride parade. One of the victims, identified as 16-year-old Shira Banki, died days later.

The suspect, Yishai Schlissel, who is identified as an "anti-gay ultra-Orthodox extremist" by the Associated Press, had reportedly been released from prison just three weeks beforehand, after having been convicted of a 2005 gay pride parade attack that wounded several people.

Ynet's Nir Cohen wrote that the video had been staged in an effort to gauge social views of same-sex couples in Jerusalem following the attack, which has shaken Israel's image as an LGBT-friendly travel destination. 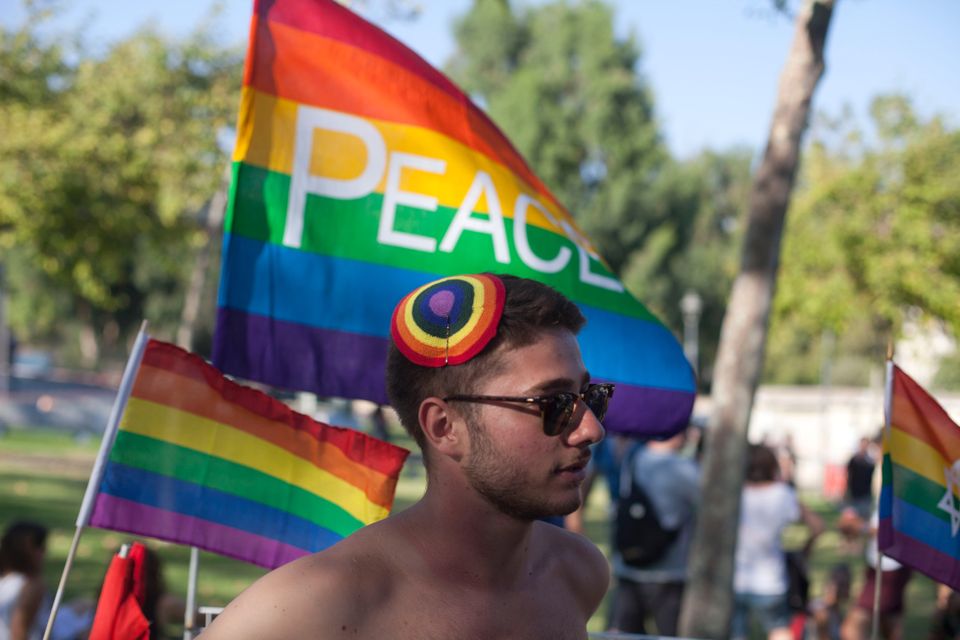