If you oppose marriage equality, you're in a shrinking minority, according to a new survey.

A record 59 percent of Americans now support same-sex marriage, an ABC News/Washington Post poll released Wednesday showed. That's a 27 percent increase since 2004 and significant progress from just three years ago when 53 were in favor, according to a release sent to The Huffington Post. 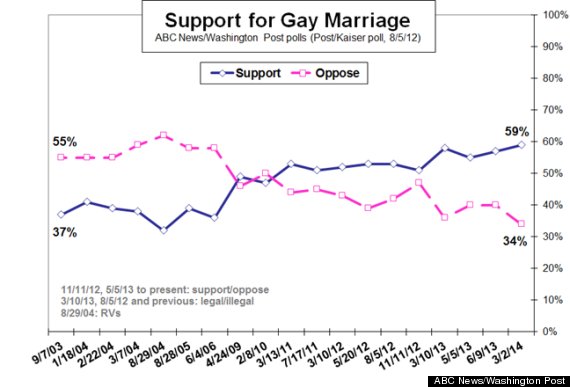 In other notable numbers from the poll, approval of gay couples adopting children jumped to 61 percent from 49 percent in 2006; and an all-time high 65 percent believe being homosexual is just the way people are and is not a choice. The survey consisted of a random sampling of 1,002 adults.

A recent survey from the Public Religion Research Institute showed 53 percent of Americans behind gay marriage.

In either event, the shift in attitude toward matrimony has been pronounced, with 16 more states and Washington, D.C., legalizing gay marriage since Massachusetts did in 2004.

Even voters in Arizona, which recently pondered a bill enabling businesses to deny service to gay couples, now comprise a majority in supporting same-sex marriage.

Check out the other graphs in the ABC News/Washington Post poll below: 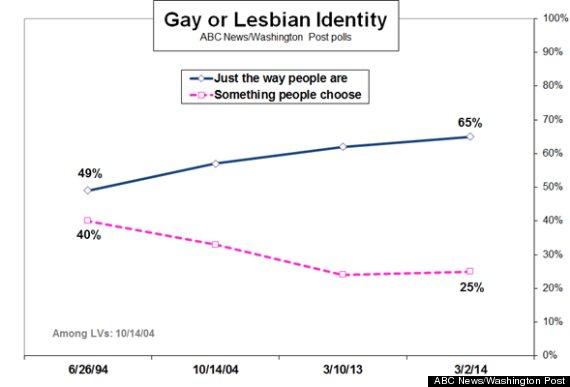 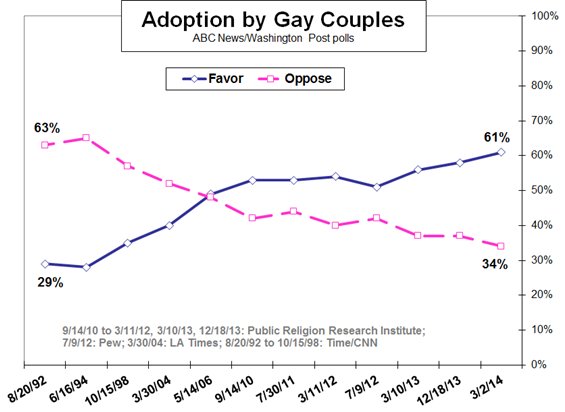