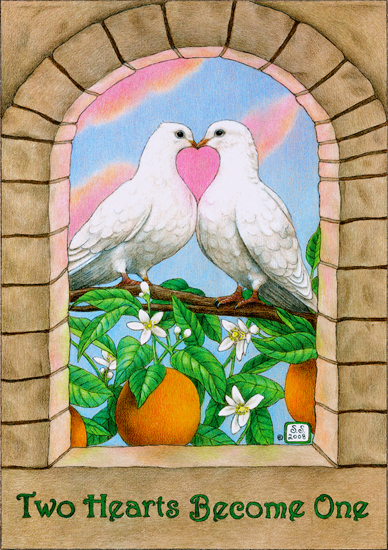 I attended two weddings a week apart last September. Both were beautiful celebrations of each couple's love. What struck me was the contrast between the two events. Betty and Chris are lesbians and had a Chicago Blackhawks-themed affair. Nick and Jacquie are straight and had a traditional fairytale style wedding (think Cinderella). Both were joyful and life-affirming. It's wonderful how inclusive we are becoming about what constitutes a marriage in the United States. I couldn't imagine comparing two occasions like this even five years ago. 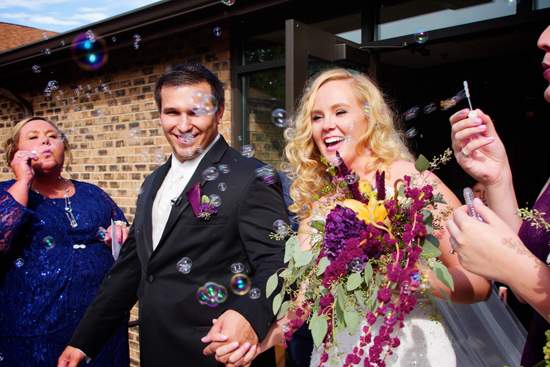 "Marriage -- gay and straight -- is a gift to the world because the world needs more not less love, fidelity, commitment, devotion and sacrifice." -Rob and Kristen Bell, The Zimzum of Love

There was a time when same-sex marriage was not even a thought in my stratosphere. In my youth, being gay was kept so hush, hush I didn't even know it existed until I was a 19-year-old art student. Getting over the shock that two members of the same sex could be lovers took a while for me. I was raised Catholic and soon learned that being gay was a sin in the eyes of the Church. Many branches of Christianity use scripture to condemn gays. They strictly adhere to the Bible being God's infallible word. When I realized the Bible accepted slavery, it left an opening for me to question the validity of words written two thousand years ago. I came to the conclusion to trust what my heart knew all along: we have a right to be who we are and to love who we love.

"Make no mistake, I am a Christian and I believe in God and I don't believe he makes mistakes, so I believe that being gay is not a sin and in fact it's how you're made." -Kristin Chenowith

I'm a woman who was raised to believe she was flawed. Growing up, I was always larger than the other girls. My mother was disgusted with my pudginess and used it to make me feel "less than." A body-obsessed society backed up her feelings toward me. Although soul crushing, growing up in that environment is what gave me compassion for gays. I knew being gay wasn't a choice any more than my size was. It didn't make sense that someone would choose a way of being in the world that would hold them up to ridicule. The bodies we are born into are no accident. Who we are is a gift.

Today is a new day. America is evolving and opening its arms in an ever broader embrace. I see it in the weddings I attend. Betty and Chris's love was celebrated and as special as Nick and Jacquie's. As Hillary Rodham Clinton observed, "Gay rights are human rights." The legalizing of same sex marriage is our reclaiming of the truths written in the Declaration of Independence and the Constitution. Once again, we the people have spoken. 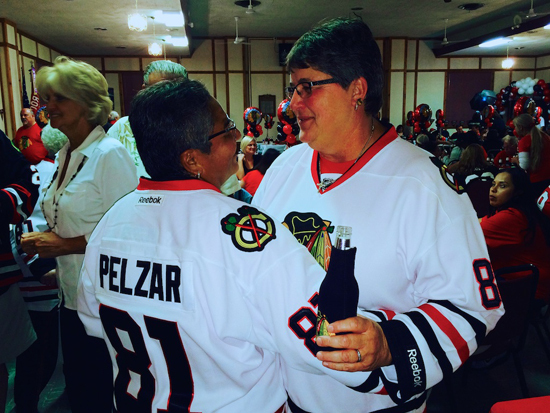 Betty and Chris on their big day.

*Click here to sign up for my newsletter and receive a free 5×7 print!
Text and images © Sue Shanahan. All rights reserved. www.sueshanahan.com