Gay men and vaginas -- historically, the two are worlds apart. So what happens when you ask a gay man to sit down and draw one?

This is the question that led Keith Wilson and Shannon O'Malley to curate an ongoing public art project and upcoming picture book called "Gay Men Draw Vaginas." With the results ranging from fine art to clever depictions, the results are both humorous and telling about the relationship between gay men and vaginas.

As the project is currently involved in a Kickstarter campaign, The Huffington Post chatted with the pair this week how the project got started, what's surprised them the most and more. 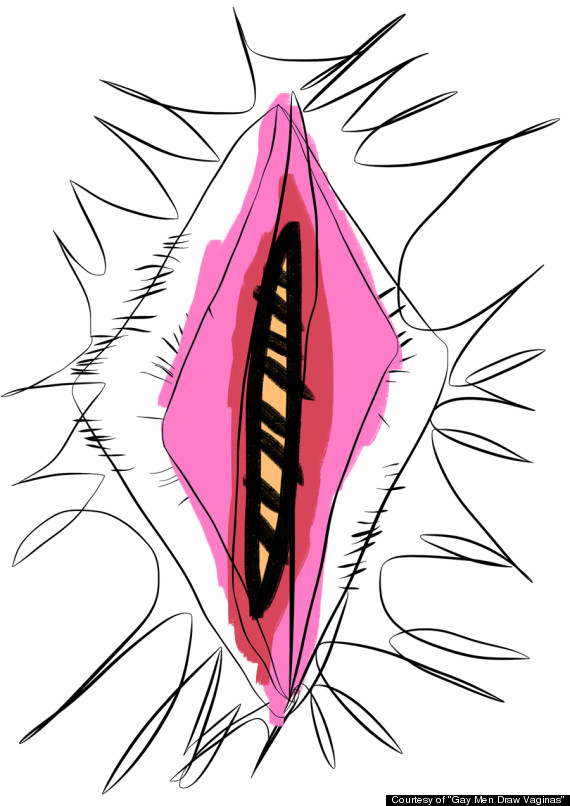 The Huffington Post: Where did the inspiration for the project come from?Keith Wilson: Three years ago, we were at a restaurant with a bunch of other homos and the topic of vaginas came up. After a few unenlightened comments came out of the mouths of the gay men, Shannon asked me to draw a vagina on the table with a crayon. After I did, everyone at our table gawked at it, critiqued it. It started a totally vaginal conversation in a restaurant full of children and families -- fun stuff. Shannon asked my boyfriend, who was also at the table, to draw one. When he did, everyone wanted to scrutinize it and compare it to the other shitty vagina I'd made. The night was filled with vag chat.

Shannon O'Malley: The next week at work, I spontaneously asked a designer colleague, Chris Cerrato, to draw a vag. He thought that was funny, and later showed me his piece. He'd drawn a crotch covered by a Facebook "like" button. I just loved it. It was conceptual and funny and “of the time” and unexpected. After I saw Chris's drawing my instinct was ask him to do a few more with the same feel, just for fun, especially since I had heard him talk about how he never had time to do his own artwork. He agreed. In casual conversation, at surface level, I knew asking gay guys to draw vaginas was funny because it zeroed in on what some people might have perceived as "opposites." What I kept to myself were my navel-gazing meditations on "queer identity" and ideas people (and the culture) hold about women and bodies. The latter isn't fun workplace conversation. 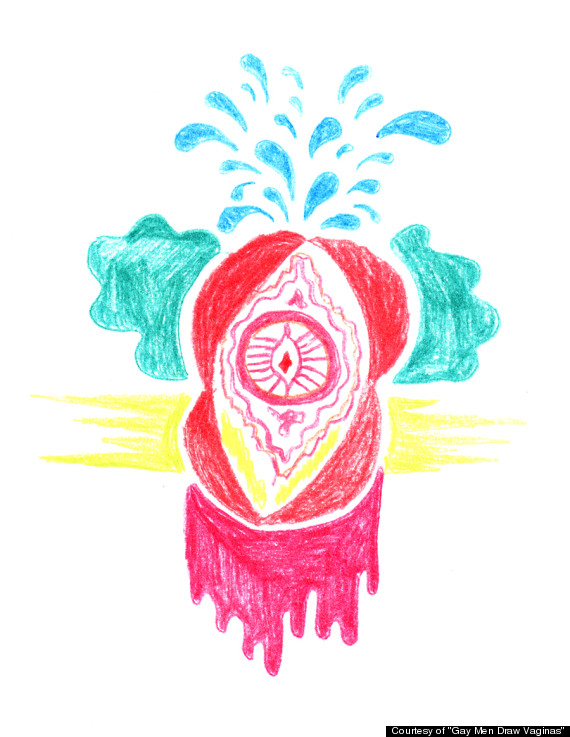 The Huffington Post: "Gay Men Drawing Vaginas" causes a variety of reactions: laughter, disbelief -- even annoyance. What response are you hoping to get?Wilson and O'Malley: We just want reactions. It's about gathering data and presenting a phenomenon. We knew the project would be funny and also uncomfortable, but that combo is what made us curious about the people and the art we would encounter. In our video, we laugh when we call the project "gay vagina anthropology," but that really is how we think of it. Ultimately, though, we hope people do a lot of things; we hope they'll laugh, we hope they'll think about what it means to identify as a "gay man," we hope they'll think about ideas our culture has about bodies and body parts. Their responses are part of the study, part of the art.

There are stereotypes that gay men find vaginas disgusting and/or know nothing about them (and don't want to). Is this project an attempt to get gay men to confront those stereotypes (and any truth behind them) and, if so, how?Wilson and O'Malley: We've encountered misogyny from some artists in the way they've interacted with us at our public art-making booths. ("Ew!") And some of the art itself is subtly and explicitly misogynist. But the answer is "no," we don't have a political agenda in doing the project. It's about collecting and presenting what we see. One guy at our art booth in the Castro handed Shannon, who is a female-bodied person, a drawing of a vulva with the phrases "CLAMS ANYONE? FISH SMELL," but she just collected the drawing and moved on. It is up to the viewer to look at the project critically and start having ideas about what it means that this prompt even interests people and what the artwork (and it's organization) in the book says about us, the artists, bodies, language, and our time and culture. If you believe that getting people to think is political, then one might say the project is political.

What's the most surprising thing you've learned as a result of launching the project?Wilson and O'Malley: We're surprised by how fascinated we've both become with the artwork. When we started the project, we loved the idea and its potential, but back then it was all "what if?" and abstract. Just the name sounded scandalous and fun. But now, we talk about the drawings a lot -- what they might mean, what the artist might have been thinking when he drew it, etc. We really love the collection and all the things it makes us think about. 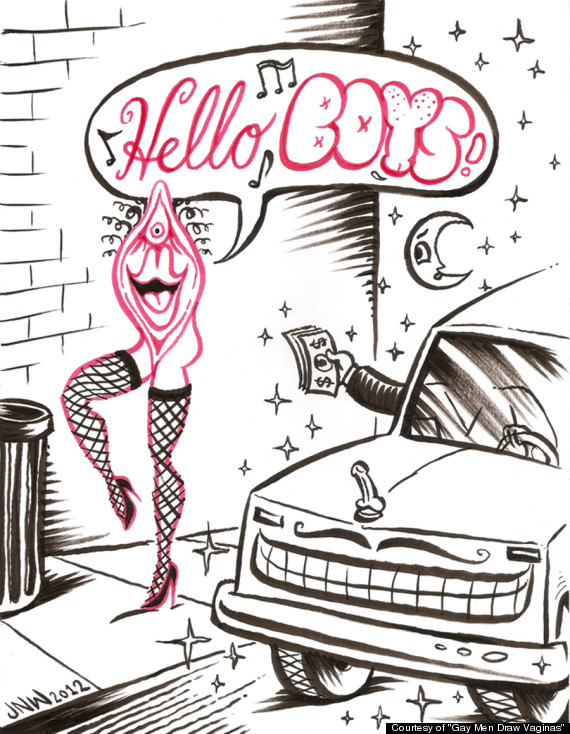 Is there any possibility of a spin-off series of lesbians drawing penises? Wilson and O'Malley: Possible but not probable.

What do you think it says about our society that we are so defined by our genitals -- especially in light of the new wave of transgender visibility and activism? How do you think a project like this one can be a part of that discussion?Wilson and O'Malley: We are becoming less defined by our genitals, and there are books and books on that. When people are defined by their genitals, of course, it's restrictive. People have expectations of you that you might not want or be able to fill. But it also gives people a comfy script to follow, a marker that lets them know they are "OK." The project is part of a larger discussion about how we define ourselves, but only if you approach it in that way -- because not everyone has or will. We think of GAY MEN DRAW VAGINAS as a quick laugh at the water cooler as much as we think of it as a gender studies seminar discussion topic.

Why isn't the book called "GAY MEN DRAW VULVAS," since vulvas are what many people have drawn?Wilson and O'Malley: We're asking humans who identify as "gay men" to draw a "vagina." What they draw, whether "accurate," or ridiculous or abstract, is up to them. A lot of people draw elephants and cats, but we're not renaming the book "GAY MEN DRAW ANIMALS."

Check out a selection of images from "Gay Men Draw Vaginas" below or head here to visit the project's Kickstarter campaign.