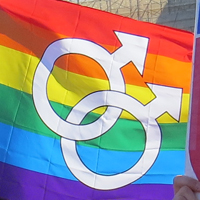 The march towards equality in society relies heavily on bringing forth facts and challenging untruths about the lives of those who experience discrimination.

This blog post features ten of the most problematic myths and stereotypes which play a role in the mischaracterization and dehumanization of gay men in the U.S.A. While those who support LGBT equality sometimes innocently engage in stereotyping of gay men, it is ultimately those who promote heterosexist and homophobic agendas who are the most likely to draw on myths and stereotypes in their efforts to rationalize discrimination.

1. Gender: "Gay men are all feminine"

The idea that male homosexuality is directly linked with femininity is erroneous. While there are of course some gay men who express themselves (via speech, dress and behavior) in ways which are traditionally "feminine," there are many others who do not. Men behaving in an effeminate manner is not inherently problematic or deserving of public shaming. What is problematic is the assumption that all gay men display the same type of gender behavior. Gay men, as a group, display tremendous diversity in their expressions and displays of masculinity and femininity. Part of the reason this myth about the "femininity" of gay men survives is because many of the most masculine gay men are not necessarily open about their sexual orientation and/or it is not "assumed" by others that such men are gay. In this regard, the most visible gay men are often those who superficially meet the stereotype of femininity, not those who challenge it.

2. Personality: "Gay men are into fashion, have tidy apartments, and love Madonna!"

Related to myths about the apparent femininity of gay men are other stereotypes about the personalities of gay men. Some of these stereotypes are so strong that it's as though some people think there really is such a thing as a "gay man's personality." In reality, personality differences amongst gay men are as diverse as those across any other group. Yes, there are some gay men who display an interest in fashion, who take care of their appearance, who have meticulously clean apartments, and who are huge fans of Madonna, Cher and Lady Gaga! There are many other gay men, however, who don't display these behaviors or interests and many straight men who do display them. While personality-based stereotypes about gay men don't on the surface seem particularly toxic, they are damaging to the extent that they play a role in homogenizing gay men and concealing their uniqueness as individual human beings.

3. Sexual Attraction: "Gay men are attracted to all men and can't control their desires"

Like any other group of people, men who are homosexual are attracted to only certain types of men who spark their interest or sexual desire. The notion that gay men have some type of universal sexual desire for all men is simply absurd. The dominance of this myth in certain societal contexts, however, creates particular problems for gay men who wish to participate or excel in domains (e.g. sport, military) that are strongly associated with "heterosexual masculinity." The suggestion that straight men should "fear" having to share sporting change rooms or military quarters with gay men promotes the damaging idea that gay men are essentially predatory, completely incapable of containing their own desires.

4. Sexual Behavior: "Gay men are promiscuous and obsessed with sex"

Myths abound about the apparent promiscuity of gay men as though sex with multiple partners and an inability to be monogamous are core features of male homosexuality -- they aren't. Sexual promiscuity, when it occurs, is a human phenomenon that is not uniquely linked with one particular type of sexual orientation. As with any group of people, the sexual behavior of gay men varies tremendously from person to person, with some being very sexually active and others being almost completely celibate. In common with all human beings, gay men have sexual desire. The suggestion by opponents of equality that male homosexual desire is inherently more "sexual" or more "hedonistic" than heterosexual desire is ludicrous.

6. Health: "HIV/AIDS is primarily a disease among gay men"

Within heterosexist and homophobic societal contexts, HIV/AIDS is frequently misrepresented as a disease of gay men. While in the U.S.A. men who have sex with men are over-represented in the population of people who has HIV/AIDS, labeling the illness as a "gay" one dismisses the reality that HIV transmission globally is uniquely associated with one particular group: human beings (of all sexual orientations). The fact that gay men form the single largest group of people with HIV/AIDS in America fails to take into account the various societal and cultural factors which contribute to this occurrence. Societal discrimination against gay men can have direct effects on individuals, impacting self-esteem and leading some men to engage in behaviors which place their health at risk.

7. Relationships: "Gay men are not relationship-oriented"

The suggestion that being homosexual would make gay men less able to connect with or fall in love with another person is illogical and has no basis in reality. Opponents of marriage equality demonize gay men as sex-obsessed on the one hand and yet on the other hand refuse to support their access to an institution (marriage) that aims to foster sexual monogamy and life-long interpersonal commitment. What is truly amazing is that throughout history and to this day, so many gay men have been able to sustain long-term committed relationships with a male partner in spite of having to deal with intense societal discrimination and lack of structural support for their relationships. As the legalization of same-sex marriage becomes more widespread, an increasing number of male couples are now choosing to formalize their relationships legally.

8. Childhood: "Male homosexuality is caused by parenting or trauma in childhood"

Opponents of equality frequently make both overt and covert efforts to create false associations between male homosexuality and pedophilia. In reality, the two phenomena have nothing in common: gay men are no more likely to sexual abuse children than straight men are. This heinous attempt to mischaracterize gay men as "child predators" and "recruiters" for homosexuality becomes particularly problematic in domains where the care of children is of paramount importance, such as in schools and activity-based organizations (e.g. Boy Scouts). Sadly, in their efforts to avoid the toxic label of "pedophile," some gay men socially distance themselves from the male children of friends/relatives, avoid employment roles which involve close contact with boys, or refrain from pursuing a life as a foster carer or adoptive parent.

Those who support discrimination against gay men frequently claim that children need a "mom and a dad" in order to prosper in life. Rather than focusing their efforts on preventing heterosexual divorce, such people focus on the alleged dangers of parenting by same-sex couples. In reality, there is no evidence to support the notion that children raised by gay male couples are harmed psychologically, physically or socially as a result of being parented by two men. Thousands of children in America are raised by gay male couples. Social science research from a wide range of settings and disciplines has demonstrated that children raised by same-sex couples (including gay male couples) experience similar outcomes to those raised by opposite-sex couples in relation to psychological, physical and social development. 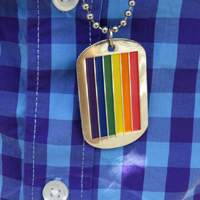 It is important to identify the unique struggles and difficulties experienced by each sub-group within the LGBT population. As a gay man I have a particular interest in challenging myths and stereotypes relating to gay men in America (and around the world).

Myths and stereotypes that go unchallenged become stronger weapons for those who seek to oppress others in society. As the U.S.A. continues to evolve, and as gay men become increasingly more open about our true identities, we must take advantage of all opportunities to educate others about what is correct, and what isn't, in relation to male homosexuality.