Two gay dads and their children were among the many families to partake in the Easter Egg Roll festivities at the White House this weekend.

In the image provided to The Huffington Post by OutServe-SLDN, U.S. Army Captain Zachary Evans-Nethers is shown on the lawn of the White House with husband Marshall and their children. 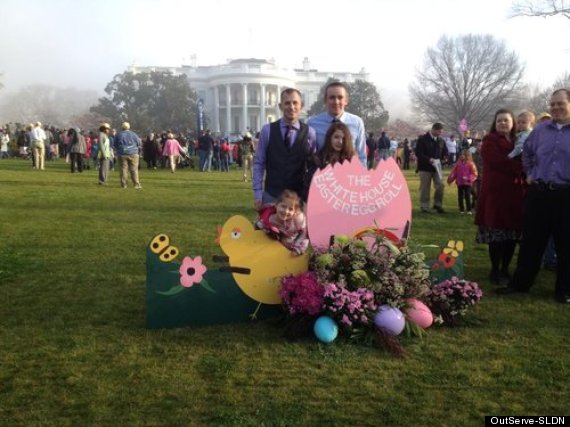 The couple, who reportedly hail from Columbus, Ohio, was just one of several lesbian, gay, bisexual and transgender (LGBT) families to attend the annual event.

In December, an active duty U.S. Marine Corps captain made history by becoming the first openly gay man to pop the question to his partner at the White House.