(RNS) Many Muslims leave Islam when they find their sexuality and faith incompatible. But a new photo exhibit of gay and queer Muslims challenges that notion.

The exhibit, which opens June 18 at the Toronto Public Library, captures the humanity of subjects with close-up, intimate images. It’s the latest example of LGBT Muslims in North America reclaiming their faith and rejecting the expectation that they keep their sexuality secret. 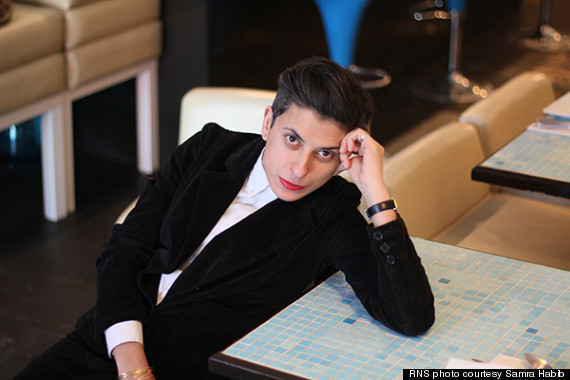 “Muslims around the world are saying, ‘You know what? My relationship with Islam doesn’t have to be guilt-ridden,’” said Toronto native Samra Habib, the photographer behind “Just Me and Allah.”

“In most Muslim communities, most LGBT people are not open, and that’s living without dignity,” said El-Farouk Khaki, a Toronto immigration lawyer and one of the subjects in the photos. “Breaking the invisibility is important.”

Habib, who identifies as queer rather than gay, said she got the idea to take photos of lesbian, gay, bisexual and transgender Muslims a few years ago after learning there were others like her who were seeking affirmation.

“I found comfort in learning that it’s a conversation that many queer Muslims around the world were having and thought this project might help mobilize the queer Muslim community,” said Habib, who is also a digital editor and producer, and originally posted the photos on the social media site Tumblr. 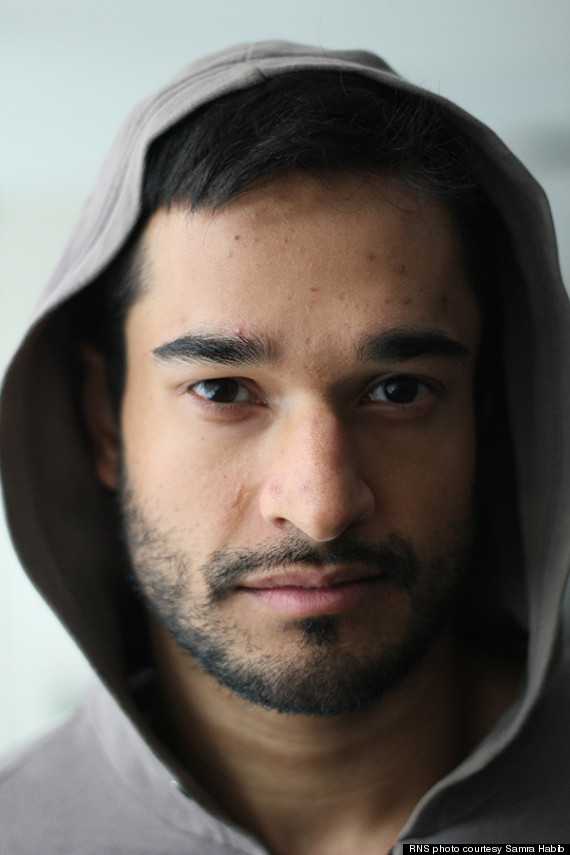 In one photo, a young man with a slight goatee stares out from underneath a sweatshirt hood, while in another, a short-haired woman in a suit smiles casually but confidently.

“We have always been here, it’s just that the world wasn’t ready for us yet,” says one of the subjects, Dali, in one video interview.

Khaki said he took part in the project less because he hoped to raise tolerance among Muslims and more to show young people they can be gay and Muslim.

“This is for queer Muslim kids who need to know there are other Muslims just like them,” Khaki said.

Khaki and Habib credit social media with aiding gay Muslims. Facebook and Twitter have helped gay Muslims meet one another in ways that weren’t possible 10 or 20 years ago. “We were all isolated,” said Khaki. “We didn’t have validation. But we do now.”

Several prominent Muslim-American leaders have said that while they believe homosexual acts are sins, they also believe Muslim communities should not ostracize gays.

While the urge for same-sex sexual relations should be resisted, said Sheikh Yasir Qadhi, a well-known American imam who blogs at MuslimMatters.com, in a 2013 interview on YouTube, “being a homosexual does not disqualify you from being a Muslim.” 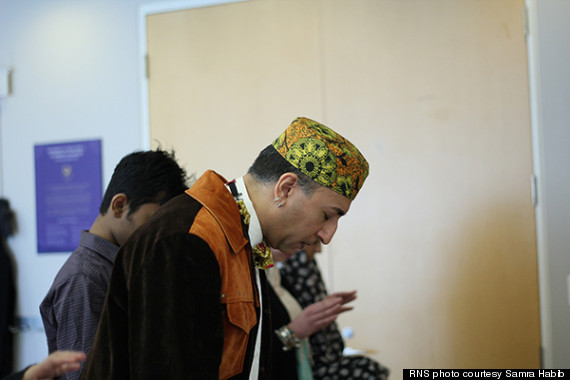 But in an America where many of the Muslims are immigrants from countries where homosexuality is stigmatized or even criminalized, that message isn’t always accepted.

Ani Zonneveld, president of Muslims for Progressive Values, a Los Angeles organization that advocates for gay rights, said the photo exhibit might improve relations between gay Muslims and other Muslims.

“Any image to personalize, humanize LGBTQ Muslims will help,” she said.

Imam Talal Eid, a former member of the U.S. Commission for International Religious Freedom, and chaplain at Brandeis University in Waltham, Mass., added: “God created them. God gave them freedom to choose this way. Who am I to tell someone what they should do?”