A new study claiming to find disadvantages for children raised by same-sex parents is attracting criticism from social scientists, who say that the research does not actually address how well gay and lesbians parent.

The research surveyed almost 3,000 18- to 39-year-olds. Most were raised by heterosexual parents, but 175 had mothers who at one point had same-sex relationships and another 73 of whom had dads once in same-sex relationships. The results suggested that children of these parents are more likely than kids in other family structures to be on public assistance, unemployed or in therapy as adults, among other negative outcomes.

The study found "that the scholarly and popular consensus that there are no notable differences between the children who grew up with a mother or father in a same-sex relationship and those whose (heterosexual) mother and father were and are still married is a fiction," study researcher Mark Regnerus, a sociologist at the University of Texas, told LiveScience. [Why Gay Parents May Be the Best Parents]

But other scientists say the research is deeply flawed, and does not measure the effect of same-sex parenting at all. The study defined same-sex parenting by asking participants if their parents had ever had same-sex relationships, and whether they had lived with the parent at that time. That led to a "hodgepodge" group of people who Regnerus then compared with kids in stable, married homes, said Judith Stacey, a sociologist at New York University who was not involved in the research.

"He doesn't have an actual category of gay parents in the project that you can isolate and say the most important thing in this kid's childhood is that they were raised by gay parents," Stacey told LiveScience. "These are kids whose parents, maybe they divorced, maybe they separated, maybe they had a scandalous affair, we just don't know." [5 Myths About Gay People]

In contrast, a fair comparison would have matched up children of same-sex parents with children of heterosexual parents who looked otherwise similar — no extra divorces, no extra separations, no extra time in foster care for the kids, said Gary Gates, a researcher at the Williams Institute, a sexual orientation policy think tank at the University of California, Los Angeles.

Instead, Regnerus categorized all people who said their parents were once in a same-sex relationship in the same group, even if those people had also experienced major childhood upheavals. About half of the people whose parents had ever been in gay or lesbian relationships also said their parents had once been in a heterosexual marriage, suggesting that a great many of these children were the products of a heterosexual relationship in which one parent later came out as gay or bisexual. Fifty-eight percent of those raised by moms who'd indicated a lesbian experience said their mother once left the household during their youth, and 14 percent said they'd spent time in foster care.

"All he found is that family instability is bad for children and that's hardly groundbreaking or new," Gates, who was not involved in the research, told LiveScience.

"What I find most frustrating is that from what I could tell, he could have used his data to test the way I'm suggesting the test, and he chose not to," Gates added. "He intentionally chose a methodology that is absolutely primed to find bad outcomes in those kids."

Regnerus said he plans to look more closely at the experiences of the same-sex parented kids in an upcoming article.

"A detailed exploration of who lived with whom, when, for how long, etc., was not the point of this study," he said.

Regnerus detailed his findings Sunday (June 10) in the journal Social Science Research, alongside several commentaries on the work. The study was funded by two conservative-leaning foundations, Witherspoon Institute and the Bradley Foundation, though the funders had no control over the study design, interpretation or conclusions, Regnerus wrote.

Only two of the 1.7 percent of respondents who reported a parental same-sex relationship reported living with that couple as parents for their entire childhood, meaning that the study has little to say about gay couples who deliberately chose to parent children through donor insemination, surrogacy or other means.

Researchers are increasingly studying these parents, Stacey said, and research both in the U.S. and abroad consistently shows that the kids are just fine.

"We know that when we compare same-sex couples who are parenting by choice with heterosexual couples who are biological parents, the lesbian couples do really, really well," Stacey said. (Fewer studies have been done on gay men who become parents.)

Many of the studies on gay parenting have limitations, such as focusing more on moms than dads, Gates said. But the fact that they overwhelmingly conclude that kids of gay parents turn out fine on the whole is "persuasive," he said.

"If growing up with gay or lesbian parents were catastrophic for children, even studies based on small convenience samples would have shown this by now," Amato said.

Regnerus himself told LiveScience that he doesn't believe his study speaks to the politics of same-sex marriage. Nevertheless, the research has been cast in that light, showing up in a New York Times op-ed piece by Ross Douthat suggesting that the article is a case for caution in legalizing gay unions. By the same token, Slate writer William Saletan argued that the research makes a case for gay marriage in order to promote stable same-sex relationships for the sake of the children.

Scientists, however, say that both uses of the research reach too far, given the fuzzy definition of same-sex parenting in the survey.

"I don't think it's the kind of study to lead you to any policy position, frankly," Stacey said.

Gay Parents Study Suggesting Downside For Kids Draws Fire From Social Scientists
Which States Have The Most &#039;Gay Households&#039;? 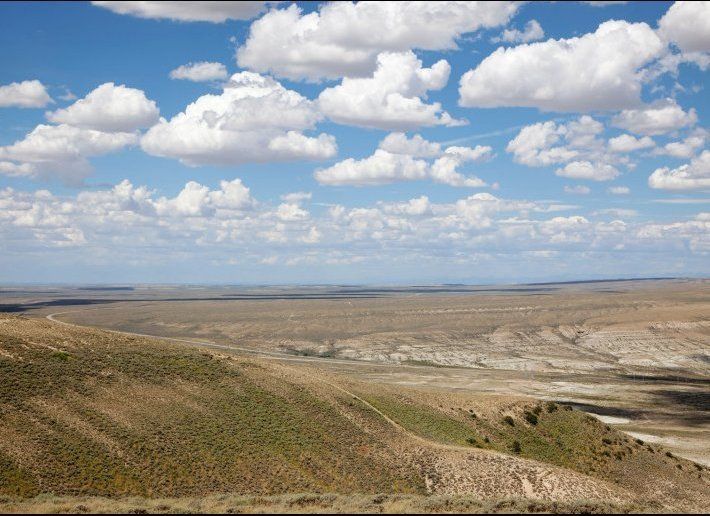