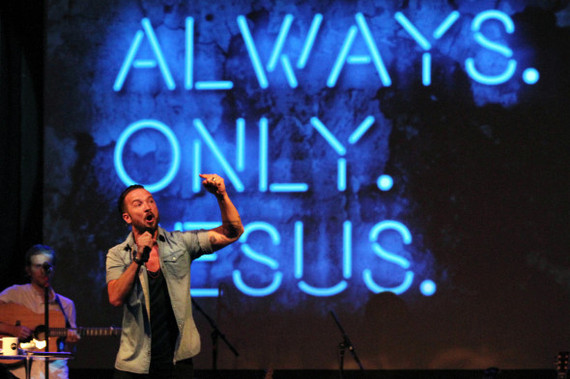 North Korea never fails to offer up interesting and telling examples of how ideology functions. One such example can be found in their claim that homosexuality doesn't actually exist there.

What this strange denial presents to us is the way that ideological systems do not simply operate with prohibitions, but also with prohibitions against speaking of the prohibitions. Regarding North Korea and homosexuality we can describe the situation as such:

Injunction: You can't be gay.

Super Injunction: You can't talk about how you can't be gay.

When one is embedded firmly within the system itself this reality poses no real problem because everyone knows not to ask certain questions. But, when North Korean officials are interrogated by outsiders, they suddenly find themselves in a very awkward position. Avoidance can only happen for so long within the international community. Eventually they have to answer the question, "can you be gay in North Korea?" In response to this there are two primary options:

The problem is that the first answer demonstrates that they are a repressive regime, while the second speaks directly against the conservative and totalitarian position of the State. Either way the official using "yes" or "no" would quickly be arrested and put in a labor camp. Unfortunately for them the answer, "I don't know" would fair no better as it would signal indecision and weakness on the part of the State. In light of this, the only live option for the official is to feign surprise and claim that the question is not relevant because no gay or lesbian people exist there (I.e. that it is a direct result of Western structural perversities).

This comic situation reflects the same logic used during the Stalinist purges when top officials would mysteriously disappear (a reality that happened alongside the show trials). While it was obvious to everyone that this had happened, no one was allowed to speak of it. But more importantly, they were not permitted to even speak about how they were not permitted to speak of it.

If someone were naïve enough to ask a party member what had happened to a particular person, the response would be to act shocked and insinuate that the question was nonsensical (more than this, the one asking would themselves be removed for going against the super injunction).

Something similar could be said to have taken place in the history of the American military. The common sense idea of how equality legislation came about there is broadly as follows:

- Gay and lesbian people were not allowed to enlist.

However there was a position before these, namely the existence of an implicit "Don't Ask, Don't Tell" policy. This means that, before people started asking questions about sexual orientation in the military, gay and lesbian individuals were effectively treated as if they didn't exist. Some occasional questioning could easily be fended off with equivocations and blurred answers like "we've never had to deal with that."

Once the questions become more persistent and public the institution was faced with increasing anxiety. Like any organism, it attempted to rid itself of this anxiety and achieve homeostasis. It did this by first dodging the question and then openly admitting its discriminatory position. But, now that the ideological prejudice was out in the open, activists were able to push in and create new anxiety. This in turn led to an explicit "Don't Ask, Don't Tell" policy. A move that could only ever be a short-term solution, as its hypocritical nature was now on full display. Thus, eventually, the institution was forced to embrace equality under the law (though, in other times, it could have reverted back).

The point here was that the move from an implicit "Don't Ask, Don't Tell" policy to an explicit one was only a short term solution, and one that signaled a strong, if not decisive, victory for equality. It was the D-Day that preceded VE Day, for it reflected the last dying attempt of the institution to retain its ideological inequality.

The point of outlining this is that we see something similar taking place within popular evangelical Churches like Hillsong (as evidenced in a recent interview by CNN with Carl Lentz). Here the New York Hillsong pastor struggled to maintain the idea that homosexuality was not an issue they needed to address. Like the officials in North Korea, Lentz was visibly struggling with how to answer the question of whether gay and lesbian people were welcome to participate fully in their church (taking leadership positions, etc.). In response to the incredibly weak and non-journalistic questioning, what one got was a series of equivocations and answers like, "Jesus didn't talk about that openly and so neither do we."

The implicit position here is to try and pretend the issue doesn't exist, thus allowing gay and lesbian individuals to quietly be involved while maintaining a exclusionist theology. To see this we do not need to spend time trying to work out Lentz's "secret" position (the one he doesn't speak), because his position is obvious when we look at what his position actually produces in the life of the church (people who are openly LGBTQ are not found in the leadership).

What needs to happen now is for groups like Hillsong to be pressured to reveal their implicit position. For as the questioning grows the collective anxiety of the church will also grow and they will be forced to either admit that they don't allow openly gay and lesbian people full participation, or (less likely in the short term) open the doors to full access.

This is why people should support Jay Bakker's strategy of asking Christian leaders where they stand. For years now Bakker has used the Twitter platform to publicly ask Christian leaders where they stand (using the hashtag #AreYouGayAffirming). This anxiety inducing strategy, if supported by enough people, can cause a movement to respond in order to achieve homeostasis.

North Korea can continue to function the way it does because of its minimal involvement with the wider world. However groups like Hillsong can only trade in denials and equivocations for so long. With enough pressure they will be forced to show their hand, or change it.

Either way is progress.

Author, 'The Idolatry of God'