How did I survive? We all faced the same challenges, so why am I still here when my friends are not? Even after taking days to think about it, I still can't totally explain why I survived. Maybe it's because my family supported me, or maybe it's because I made good or lucky choices. 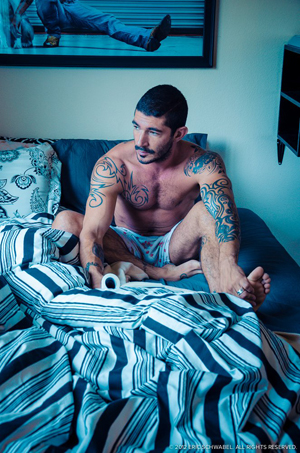 They don't prepare you in some "Porn Star 101" course about what is going to happen to you personally when you are crowned a "porn star." Things change that are permanent and not always for the best. Not that I walk around feeling all "poor me," but, yeah, it isn't all great and glorious. Men think that I will sleep with anybody, including them, that I have no tastes of my own and fuck as much as I breathe. Autonomy is a thing of the past. I cannot go to clubs or bars alone, because there's always somebody wanting to talk to me about this movie, this actor or this scene. That's not to say I don't appreciate that I have fans -- I do -- but that doesn't mean I like to talk shop all the time. People also feel entitled to put their arm around me or grab my bicep, my shoulder or the back of my neck when engaged in conversation. I don't like it, but after a while it became simply a nuisance that was par for the course. You'll probably roll your eyes at this, but it's true. The impact of my work has made it so that I can't get a decent date to save my life, either. Are you finished rolling now?